Theme: urban war and the consequences for people forced to hide or flee. 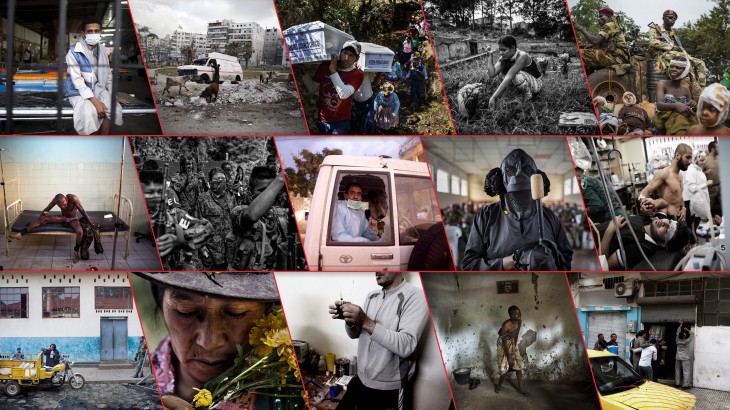 Created in 2011 and endowed with 8,000 euros, the ICRC Humanitarian Visa d'or Award is awarded each year to a professional photojournalist who has covered a humanitarian issue related to an armed conflict. The theme of this year's photo contest is urban war and the consequences for people forced to hide or flee.

The winner will receive the award in September during the annual Visa pour l'image festival of photojournalism, which takes place in Perpignan, France.

"The aim of the ICRC Humanitarian Visa d'or Award is of course to honor the work that photojournalists do every day on the field, but above all, to inform the most people possible about violations of international humanitarian law. In this case, violations linked to cities becoming the battle-field and the toll on millions of civilians living there."

Any professional, independent or media photojournalist may compete for the Humanitarian Visa d'or Award. The story must have been produced within the two years preceeding the competition

By unanimous decision of the jury, the Humanitarian Visa d'Or for 2017 has been awarded to Angela Ponce Romero. Her photo essay, "Ayacucho",* focuses on the people who went missing during the fighting between the Peruvian government and the Shining Path armed group during the 1980s and 1990s. According to Ms Romero, at the height of the violence, many women were attacked physically and sexually, forced into marriage against their will and recruited as child soldiers by various armed groups. Ms Romero's work depicts the survivors, the widows and the orphans seeking justice and the truth about what happened to their missing relatives. 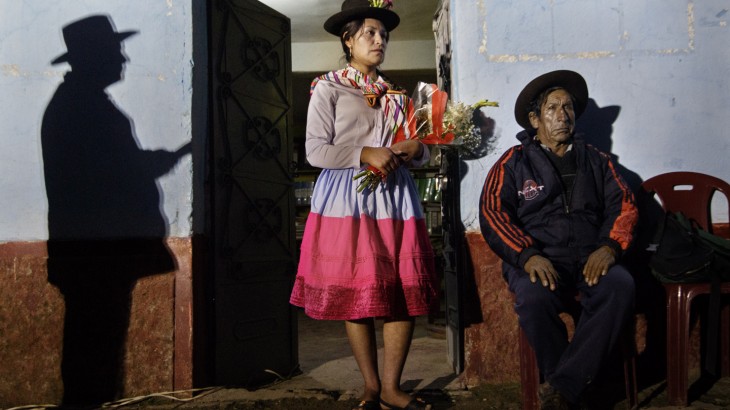 A young woman from Cayara takes flowers to her dead in an act of commemoration.
Angela Ponce Romero, Ayacuho 2017