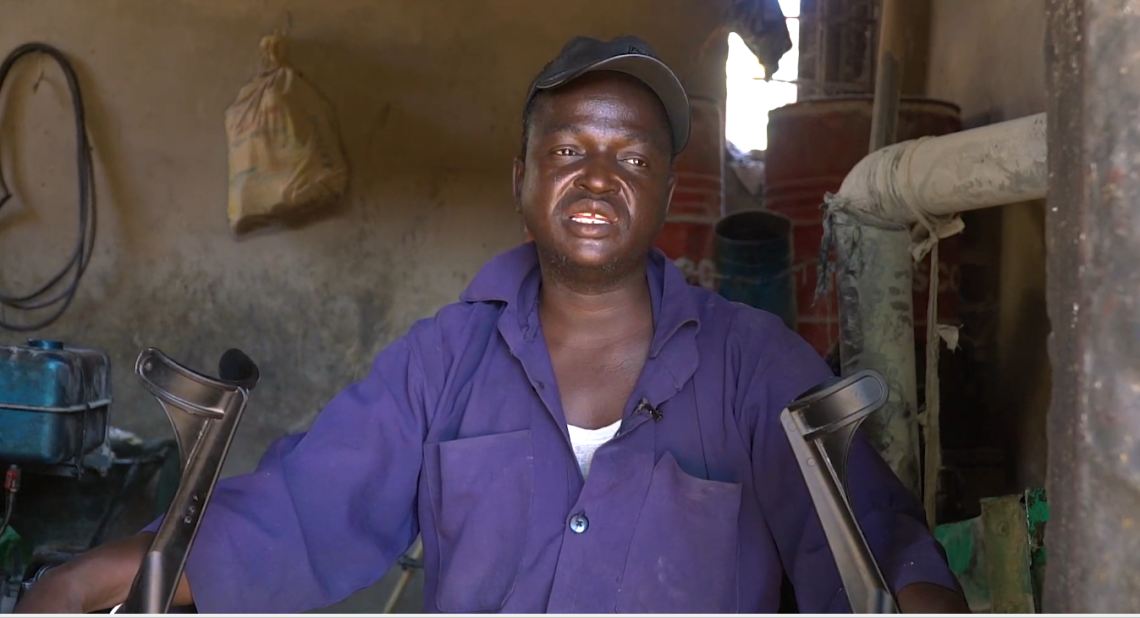 Fatima slides a beautiful piece of brown coloured lace under the needle of her sewing machine and effortlessly uses her foot to paddle the pedal as she talks about her business.

"I learned how to sew clothes from my neighbour", she says. "She wasn't happy about teaching me for free at first, but she later changed her mind."

For Fatima, getting the support she needed for anything including her education became especially difficult.

In addition to being fitted with a prosthetic leg through the Physical Rehabilitation Programme at the Dala Orthopaedic Hospital in Kano, she also received funds which enabled her set up her own tailoring business at home. These days, Fatima is busy at her shop tailoring clothes.

Fatima now appreciates that many people treat her very well, unlike when she had started her business.

"People don't look down on me anymore because they know that I am not a beggar", she says, her head straightening with pride. She also takes delight in the fact that her business is expanding, and she can help others who are in need as well.

So far, the ICRC assisted over 420,000 people with disabilities in more than 30 countries.

With support from the International Committee of the Red Cross (ICRC), the Dala Orthopedic Centre in Kano has provided prosthetic services to 113 men, 37 women and 82 children since January 2021

Last year, a physical rehabilitation centre run by the ICRC was opened in Borno state and is projected to serve more than 2,000 people in need of prosthetic limbs, wheelchairs, crutches and mobility devices by 2022.

After losing his leg to an infectious disease, he admits that he struggled mentally with the reality of being disabled.

"Frankly, my life was in a serious situation. I was not having a rest of mind", he said.

Ayuba learned how to walk again after being fitted with a prosthetic leg and received funds to start a business of grinding grains. Presently, Ayuba plans not only to expand the business by empowering his current employees start their own grinding businesses, but also to branch into livestock rearing, which has been a long-time passion.

When he speaks of the major changes in his life, he expresses the same sentiments as Fatima.

"People who are not disabled, come to me and ask me for help to feed their families. It makes me happy to be able to help because as a disabled person, I should be the one asking for assistance but because of the support I received, I am the one giving assistance, " says Ayuba. 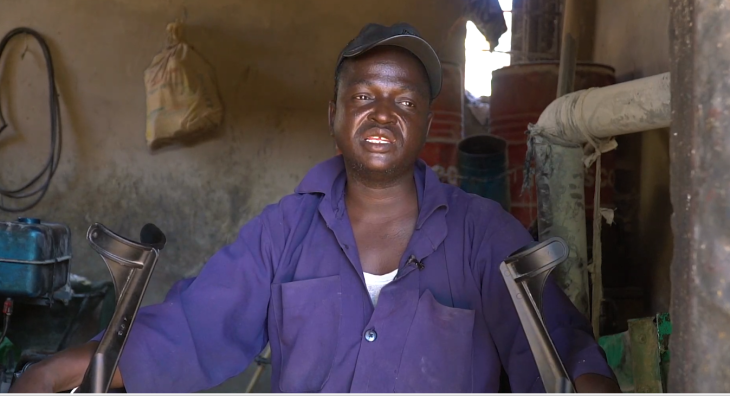 Last year, a physical rehabilitation centre run by the ICRC was opened in Borno state and has served nearly 400 people in 2021, providing them with prosthetic limbs, wheelchairs, crutches or other mobility devices.