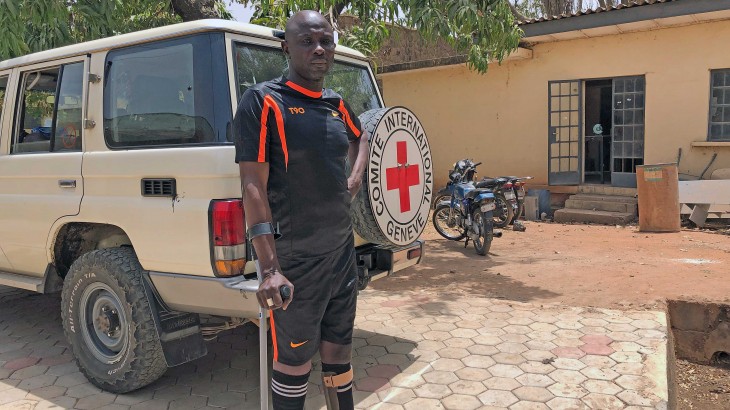 The first thing Yaganama heard after regaining consciousness was the soldiers talking about how he would never walk again. The vehicle he was travelling in had driven over a landmine. Two of his fellow passengers were killed instantly.

Yaganama was taken to Maiduguri hospital, in north-eastern Nigeria. His right leg was gone and his left was fractured close to the ankle. What had started out as a completely normal day turned into a nightmare for the market trader. Despite advice to the contrary, the 48-year-old was certain he would never walk again.

"Although I was happy to be alive, I also thought my family would be better off without me because I had become a burden," said Yaganama, who spent two months in hospital before being discharged in a wheelchair.

On a follow-up appointment, Yaganama met with an ICRC physiotherapist, who again insisted that he could walk again with the aid of an artificial limb if he sought rehabilitative treatment. "I reluctantly agreed to go, but I knew I would never walk again," he said.

The day he arrived at the ICRC's physical rehabilitation centre, in Kano, Yaganama stood for the first time since the incident. The realisation that maybe, actually, he could regain the ability to walk, spurred him on.

His confidence and enthusiasm grew with every step until finally he left the centre after two weeks with a new artificial limb, a walking frame, and a pair of elbow crutches. He soon returned the walking frame.

Today he is back manning his vegetable stall in the local market, something he never envisaged.

Yaganama's story illustrates how innocent civilians can be maimed in an instant, but also how lives can be rebuilt through physical rehabilitation.

Thousands of miles away in Mali, the ICRC is in the midst of building a new physical rehabilitation centre, in Mopti, which will act as a regional hub for people with disabilities.

Central Mali has recently seen violent clashes, while the situation in the north of the country is also very volatile.

The sharp rise in war wounded comes on top of existing disability needs in the country. The aim of the facility is to improve people's access to orthopedic and physiotherapy services. 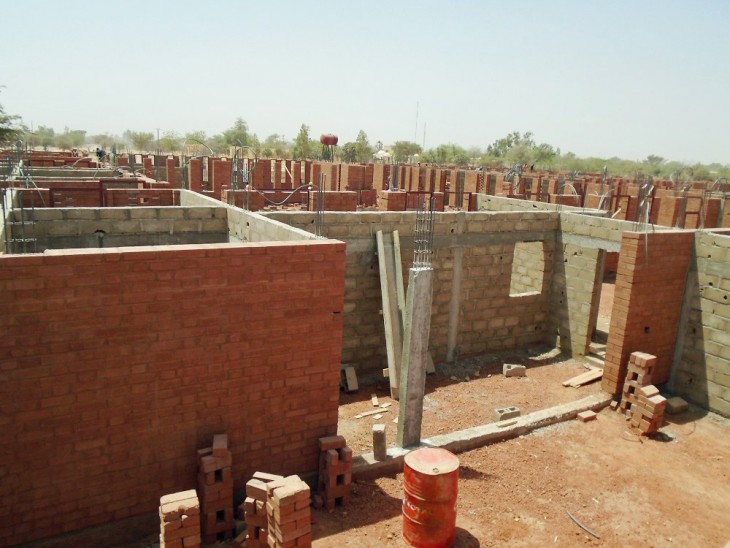 With her two engineers, ICRC construction project manager Miriam Waweru is overseeing a team of around 100 workers on-site daily.

"The contractor is from Mopti, as are the workers, and we're trying to use locally available materials as much as possible," said Miriam. "There have been a few challenges, which is normal for this type of work, but the project is progressing well. The community and the local authorities, who we're working closely with, are proud of this centre and are looking forward to seeing it finished."

More than 190,000 stabilised soil bricks are being used for the building's walls and some ceilings. The bricks are well known for their excellent thermal properties, making them ideal for hot climates such as Mali where temperatures can reach more than 40 degrees Celsius.

They also have minimal environmental impact compared to traditional bricks, which are fired in a kiln.

"It's really simple technology but it's remarkably effective," said Miriam. "The bricks are made from compressed soil. Because they're not fired, they can store heat well when it's hot, keeping the room cool, and give it off again when it's cold. They essentially regulate the temperature.

"This means there's no need to install air conditioning units, so the centre's running costs will be lower. The bricks are also stronger than cement blocks and are water resistant."

When it's complete, the centre will comprise nine buildings, including accommodation for 24 patients, prosthesis and orthosis departments, a physiotherapy department, a clinical area and a 600-square-metre space for physical training.

A total of three new physical rehabilitation centres are due to be built across Africa, the other two will be in Nigeria (Maiduguri) and the Democratic Republic of the Congo (Kinshasa).

Each one is being financed by an innovative new fundraising initiative – the humanitarian impact bond. The bond is aimed at securing long-term funding from private social investors for humanitarian projects.

Financial support from the humanitarian impact bond is covering the construction cost of the Mopti centre, as well as staff training and the operational costs for the next two years. The centre is due for completion in November.