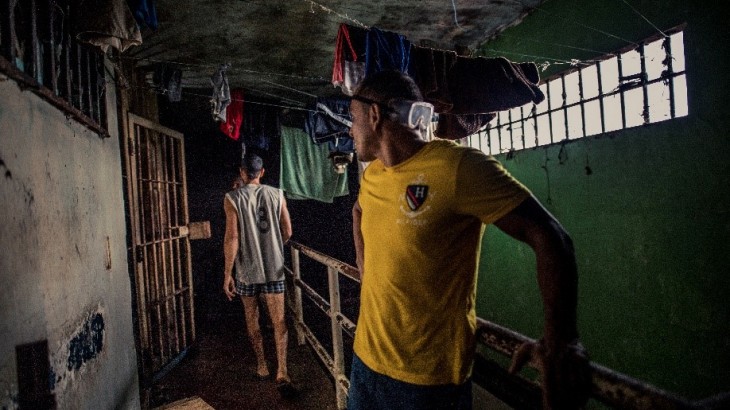 Dignity of detainees must be at the heart of good prison design, promoting better mental health and more successful integration back into society, according to the new ICRC guidance launched at an event in London on 12 November.

Towards Humane Prisons, raising concepts and questions based on the ICRC's experiences in almost 1,500 prisons across 90 countries, was discussed on 12 November at an ICRC-organized debate at barristers' chambers in the heart of London's legal area at Gray's Inn Road.

Sara Snell, prison system adviser for the ICRC and contributor to the book, said: "No matter where in the world you're in prison, issues that you could ordinarily take in your stride assume giant proportions when you're not free. Smells, noise, poor access to natural light - all take on a greater significance and can lead to rising levels of frustration, which can then boil over into increased tension and sometimes violence.

"Day after day, exposure to these frustrations can negatively influence an individual's state of mind, even prolonging their time in prison and affecting how well they integrate with society on release.

"Taking some simple but thoughtful steps when designing prisons can cost prison authorities little in the long term, but can have a hugely positive impact for the decades that the resulting prison will exist."

With over 10 million people in criminal justice detention worldwide, more than 30 million people passing through such detention settings each year and both male and female prison populations on the rise, the quality of prison design is widely regarded as a critical matter.

The debate, at Matrix Chambers in Holborn at 6pm on 12 November, features experienced prison lawyer Sam Genen; Dr James Barrett, lead clinician at the Gender Identity Clinic; Andrew Digby, head of safety, security and standards at the Ministry of Justice, and Sara Snell, the ICRC's prison systems adviser who worked in the England and Wales Prison service for 25 years.

Click here for more details including how to register.