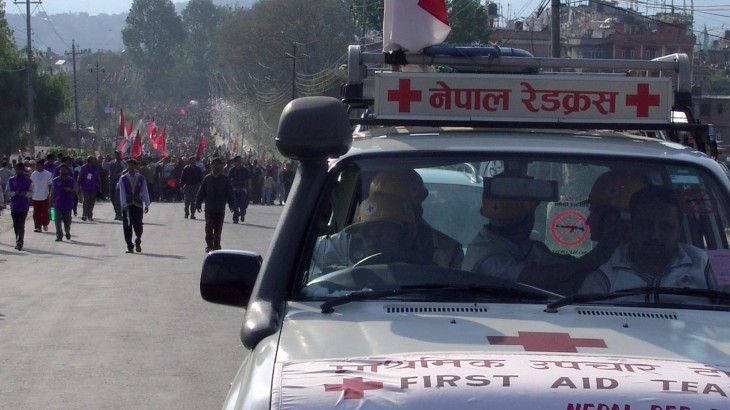 The Nepal Red Cross Society takes part in several joint initiatives with the Nepal Medical Association and the ICRC to improve the delivery of health care in Nepal – for instance, organizing HCiD sessions for health-care personnel, authorities and other parties concerned that focus on the rights and responsibilities of health-care personnel; and implementing a programme aimed specifically at promoting respect for ambulances.

During emergencies, ambulance services play a crucial role in opening up access to health care and saving lives. If these services are poor or the ambulances' passage obstructed, the consequences for the wounded or the sick can be extremely serious. During the armed conflict, and afterwards, ambulances were often vandalized, obstructed, or misused. As a consequence, in 2008, the Nepalese Red Cross and the ICRC began to conduct joint 'ambulance round-table (ART) meetings' with the broad objective of improving ambulance services.

These meetings bring together all parties concerned – public health officers, police and military officials, members of civil society and Red Cross representatives – to discuss the problems that ambulance services face and how to address them. So far, such meetings have taken place in roughly 30 districts.

"Earlier, before we started conducting ART meetings, we used to hear of ambulances being misused or vandalized, but nobody knew the full scale of the problem," says Pushpa Raj Paudel, executive director of the Nepalese Red Cross. "Now, the people concerned understand the conditions under which ambulance services operate and, especially, the challenges they face." One of the main challenges is improving services: ambulance services are not available round the clock, and ambulances do not travel with paramedics or carry first-aid equipment. Ambulances are also misused: they transport illegal items and passengers for money, providers of ambulance services impose transportation fees arbitrarily, and so on. And ambulances are not given the respect due to them: for example, they are not given priority during fuel shortages, and are obstructed or damaged by mobs during riots. Finally, there is government neglect: no proper record of ambulance services is kept; funds are not set aside for maintenance or repairs, etc.

After identifying the problems, participants in ART meetings discuss how to deal with them and recommend concrete actions. By this means, the parties responsible for directly or indirectly harming ambulance services can rectify the situation afterwards. "At these ART meetings, we have seen political parties promise to direct their cadres not to obstruct ambulances, and district health officials hand out information on ambulance services for the first time in their district," says ICRC medical assistant Shashi Kumar Lal Karna. "And, at these same meetings, providers of ambulance services have promised to improve their services, by standardizing rates, providing 24-hour service, etc."

Implementation of the recommendations made at ART meetings is monitored: some months after an ART meeting, a follow-up meeting is organized to reassess the situation, gather best practices or lessons learnt and share them later on with the parties concerned at ART meetings in other places. 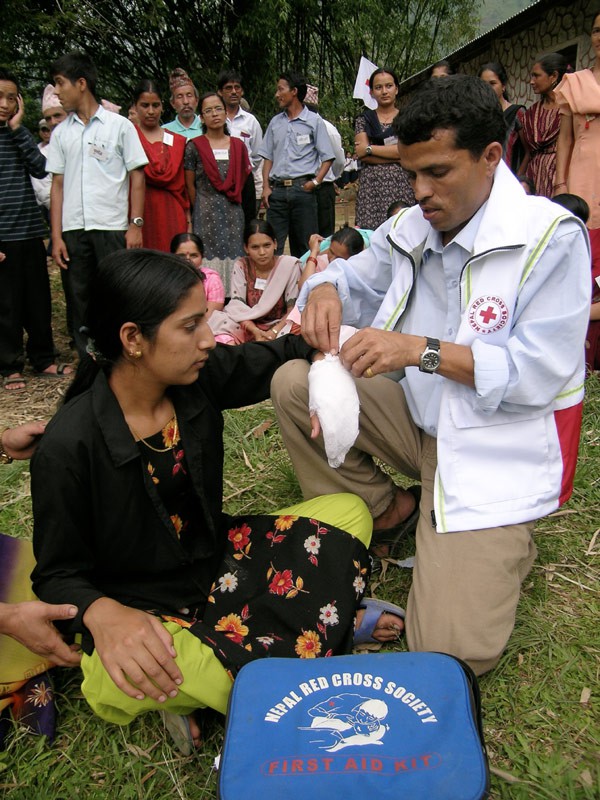 Some facts about health care in Nepal:

The Nepalese Red Cross and the ICRC have produced a number of jingles in Nepali and four other local languages, which request everyone concerned not to misuse ambulances and to allow them free passage at all times; the jingles are broadcast on local radio stations just before and during strikes. People involved in providing ambulance services have found the jingles quite useful. An ambulance driver told ICRC field officer Ajay Kumar Yadav, "When we hear them on the radio during a strike, it lifts our spirits. We say to ourselves that if the mob tries to obstruct the ambulance, we'll just tell them to remember the jingle."