Promotion and protection of the rights of children: ICRC statement to the United Nations, 2014 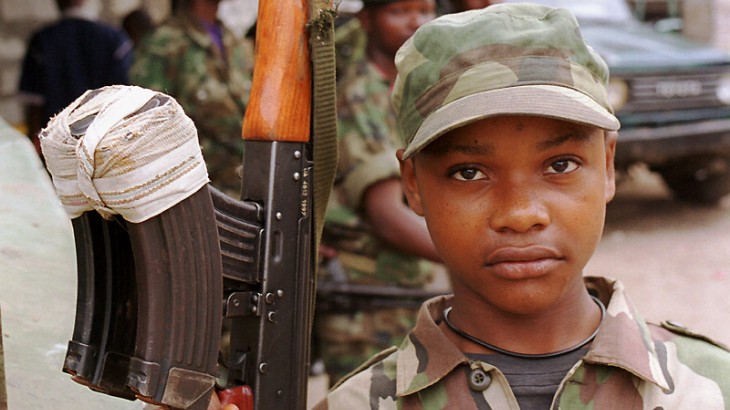 The ICRC would first like to take this opportunity to welcome the 25th anniversary of the adoption of the Convention on the Rights of the Child.

Armed conflicts make those at risk even more vulnerable – especially children. Boys and girls who are unlawfully recruited, used in hostilities or otherwise associated with armed forces or armed groups are particularly vulnerable: they are often imprisoned, wounded, killed or exposed to sexual violence. They are also often separated from their families and denied access to education and other essential services.

We have chosen to focus today on preventing and responding to sexual violence affecting children in situations of armed conflict – including those children associated with armed forces or armed groups. We also wish to draw attention to the absolute prohibition against rape and other forms of sexual violence by human rights law at all times, and by international humanitarian law (IHL) during both international and non-international armed conflict; whether committed against adults or children.

All States are obliged to prohibit, criminalize under domestic law, and effectively investigate and prosecute the unlawful recruitment or use of children in hostilities as well as any instance of sexual violence against children...

Children can be exposed to sexual violence in various ways: as victims of, witnesses to or participants in atrocities, including rape and other forms of sexual violence, which sometimes they are forced to perpetrate against members of their own families and communities. Boys and girls, including those associated with armed forces or armed groups, may have different experiences, face specific risks, and have particular needs as a result.

Children born of rape, often to parents who are still children themselves, are particularly vulnerable to abuse, rejection and infanticide or other forms of violence.  These and other children require unimpeded access to essential services, including medical and psychosocial support, education and livelihood opportunities.

Rejoining or reintegrating into their families and communities is seldom easy for children who have been exposed to sexual violence during armed conflict. They tend not to speak of what they have seen or done or suffered, because of social taboos, feelings of shame, and the fear of stigmatization, rejection or reprisals. As a result, sexual violence often remains invisible.

This presents a challenge, as having been exposed to sexual violence, they are in need of full access to remedies, including legal and administrative recourse, but this invisibility is an obstacle. Victims who wish to seek justice need to be fully informed of the support available, and protected against reprisals, exclusion or threats to their safety.

Preventing and responding to sexual violence against children in armed conflict can be effective only if there is a strong understanding of the factors that lead to the commission of these violations. For the ICRC, it is essential to define contextualized approaches to engage in dialogue with all parties to a conflict, including non-State armed groups, on the humanitarian and legal consequences of their actions.

At the 31st International Conference of the Red Cross and Red Crescent, many States pledged to adopt concrete measures to ensure respect for IHL provisions on protecting children in armed conflict and on preventing and repressing sexual violence, as per the four-year action plan for implementing IHL that was adopted at the conference. We call on States to follow through on those pledges and to achieve concrete results before the 32nd International Conference next year.

Domestic implementation is essential for ensuring respect for IHL and other bodies of international law. That implies the existence or the adoption of appropriate domestic legislation. All States are obliged to prohibit, criminalize under domestic law, and effectively investigate and prosecute the unlawful recruitment or use of children in hostilities as well as any instance of sexual violence against children, regardless of which party to an armed conflict may be responsible.

To be more effective at preventing and responding to sexual violence against children during armed conflict, States must enhance their domestic competences and capacities – through awareness-raising campaigns and training, for instance. States must also respond, in a multidisciplinary way, to the different needs and vulnerabilities of boys and girls affected by sexual violence. This includes ensuring appropriate medical, psychosocial and legal assistance; but it also means protecting children from further occurrence of sexual violence, particularly by preventing and putting an end to their unlawful recruitment, re-recruitment and use by armed forces and armed groups, and by calling to account those responsible.

Sexual violence – including that which affects children during armed conflict – is reprehensible, and its consequences are tragic. But it is preventable. We call on States and the international community to make the extra effort needed to reach that common goal.