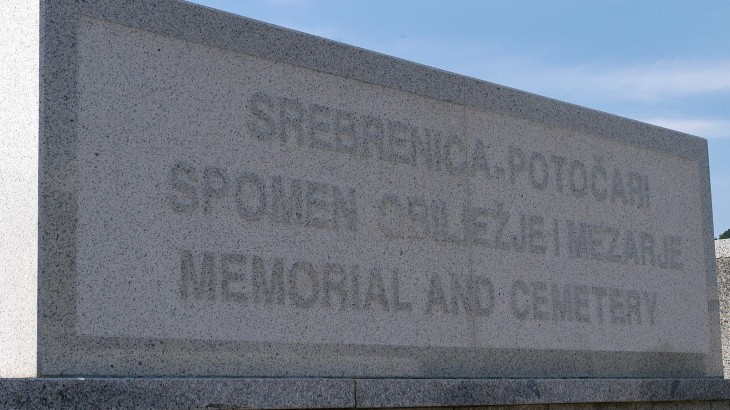 Srebrenica-Potocari memorial, Bosnia-Herzegovina. Twenty years after the Srebrenica massacre many families still wait for evidence of what exactly happened to their relatives. CC BY-NC-ND / ICRC / B. Schaeffer / v-p-ba-e-00054

I wish
Finally
To lay down in the grave
The missing grave
Next to my child
The missing child
To warm up his hands.

Most people today refer to Srebrenica as a ghost city.

As you pass the Srebrenica-Potocari Memorial in the valley leading to Srebrenica, you are greeted by the thousands of souls buried there.

Six thousand two hundred and forty-one to be precise.

The remains of another 130 people will be buried there during a memorial ceremony on 11 July.

Others will be buried the following 11 July. And the next, and the next.

As more mass graves are uncovered, more human remains will be disinterred, until the remains of all the estimated 8,000 people killed in the massacre of 11 July 1995 are recovered, identified and returned to the earth. 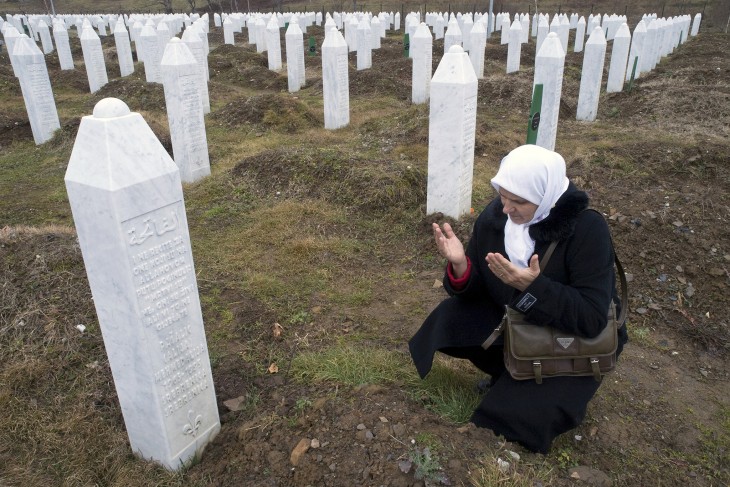 Potocari cemetry, Srebrenica, February 2008. Dzidza prays in front of one of her brother's graves. Her husband, her two sons and her two brothers were all killed. CC BY-NC-ND / ICRC / N. Danziger / v-p-ba-e-00075

The horrifying and bloody Bosnian War claimed 100,000 lives. Thousands went missing or were taken prisoner, and hundreds of thousands more fled or were forced from their homes.

The ICRC was there from the very beginning, striving to help those in need but facing great difficulties. In the Bosnian War, no treaty or convention was not violated. The events of 11 July 1995 in Srebrenica were probably the most appalling testimony to the horrors of that conflict.

Despite being proclaimed a UN "safe area," Srebrenica fell, and over 8,000 lives were lost. Nine of those killed were ICRC staff. It was not until 2011 that the remains of the last staff member were exhumed and identified. All were found in mass graves near the town: Samir and Muhamed were identified in March, Salko in February 2005; Mevludin in May 2006; Husein in May 2008; Dzemail in August and Rudolf in November 2009; Ahmo in June 2010 and Bajro in June 2011.

The Srebrenica-Potocari Memorial is their final resting place.

Today we remember and pay tribute to them.
And we share our loss with all who lost loved ones.