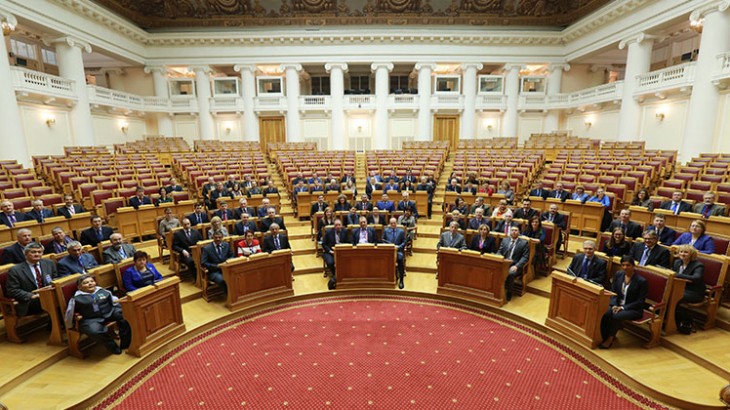 The Use of Weapons in Modern Conflicts: Humanitarian Aspects conference was recently held in St Petersburg, and co-organised by the ICRC and the Interparliamentary Assembly of the Member Nations of the Commonwealth of Independent States (CIS). The participants – over 100 representatives of parliaments, ministries and other institutions of CIS countries, international experts, and civil society representatives – discussed the human cost of the use of the most lethal weapons in modern armed conflicts.

The discussion focused on explosive weapons, anti-personnel mines, unexploded and cluster munitions, and nuclear arms. The participants spoke of the IHL treaty rules that limit or prohibit the use of such weapons and can save thousands of lives.

What's behind this discussion – what it means for people – become shockingly clear from two of the presentations. 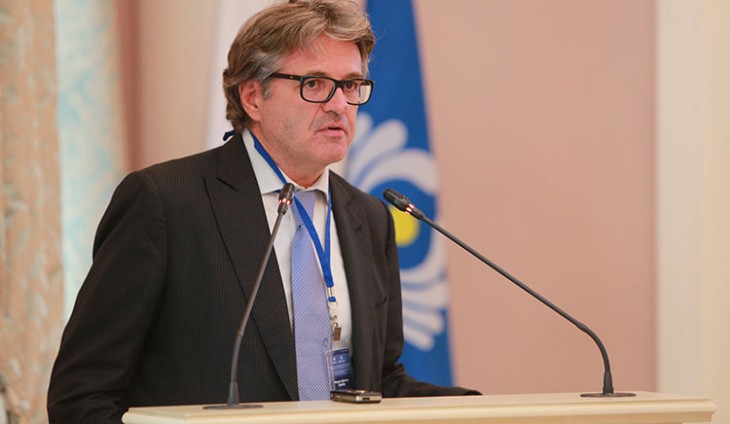 Italian surgeon and anaesthesiologist, Dr Mauro Dalla Torre, has worked in conflict zones for the ICRC for over 10 years.

Dr Mauro Dalla Torre, an Italian surgeon and anaesthesiologist, has worked for the ICRC since 2005. He was a liver transplant specialist but always knew that his vocation was war surgery. Mauro gained extensive experience while working as a military surgeon during armed conflicts in Gaza, Afghanistan, Somalia, Libya, South Sudan, and other places. "You know, people with blast wounds even smell differently. Many have horrible combined trauma – lacerated wounds, and burns and concussions. You can save a patient, but the post-traumatic shock remains for a long time, especially if the wounded person becomes disabled."

Mauro remembered a boy in Afghanistan who tended to sheep in the mountains and stepped on a landmine. Badly wounded, he waited for help all night long. "The boy lost two arms and one leg. He kept crying and did not want to talk to anyone. As he had no arms, it was impossible to teach him to walk with a prosthesis. It took us a long time to break this psychological state and finally see him smile."

"I still see a father who brought a child with legs torn off to our hospital in Gaza. He was holding child shoes. We didn't manage to save him."

"I think that it's a good that I don't understand Arabic – it's simply impossible to hear the stories of people, of their relatives about what they've had to endure – you won't be able to work."

Dr Dalla Torre has been passing on his unique skills and teaching war surgery techniques to colleagues in various countries for many years. 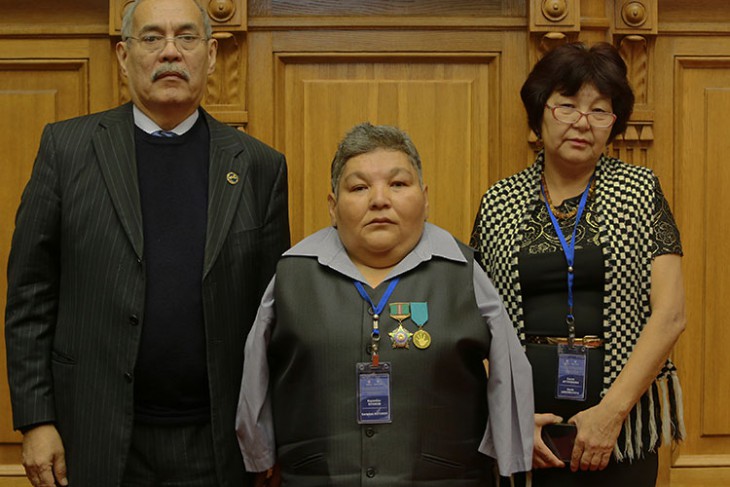 Karipbek Kayukov (pictured here with his family) was born without arms, a result of nuclear testing near his home in Kazakhstan.

The tone of the discussion on the human cost and the risks connected with the use and testing of nuclear arms was largely set by Karipbek Kayukov.

Karipbek was born in Kazakhstan, near the Semipalatinsk Test Ground where nuclear weapons were once tested. "Imagine what my mother felt when she was told that I had been born without arms. In our friends' family who lived nearby, none of the children lived to be 25." Karipbek's brother and sister died in their infancy and there were a lot of such cases near the Test Ground. Even now, a generation on, children are still born with diseases caused by nuclear radiation.

Karipbek is an artist, but his lifework is fighting against nuclear tests. He was a member of the Nevada-Semipalatinsk movement, which thanks to the efforts of popular and parliamentary diplomacy the government of Kazakhstan, shut down the Semipalatinsk Test Ground. Now, Karipbek as an honorary ambassador of the ATOM Project, speaks at numerous events and conferences in various countries in favour of a global nuclear test ban.

"I very much wish to be the last victim of nuclear weapons," said Karipbek.

International Humanitarian Law (IHL) includes a comprehensive body of rules that aims to minimise harm to civilians and civilian infrastructure through the use of weapons during conflicts, and long after.

At the end of the conference, presentations were made by conference participants in which they recognised the continuing relevance of IHL and reaffirmed their States' commitment to respect these rules and encourage others to do the same.