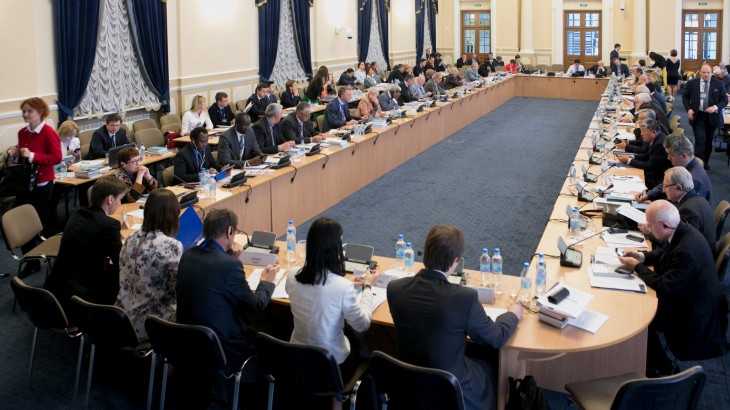 What did we learn from the Nuremburg trials and how can these lessons be applied in contemporary armed conflicts? This was the question that experts from more than 30 countries sought to answer at an international legal conference held recently in St Petersburg, Russia.

Marking 70 years since the end of the Second World War, the Martens Readings in international humanitarian law (IHL) were held on 28 - 29 May. Humanitarian access, cyber operations, the unique role of journalism in wartime and mechanisms for compliance with IHL were among the subjects discussed at the conference organized by the ICRC jointly with the Russian Association of International Law and St Petersburg State University.

The conference brought together academics, war correspondents and legal practitioners from Russia, eastern Europe, Central Asia and across the world, together with judges for UN International Criminal Tribunals for Rwanda and the former Yugoslavia. A unique session on compatibility and interaction between international and national criminal justice systems was organized jointly with the St Petersburg International Legal Forum. 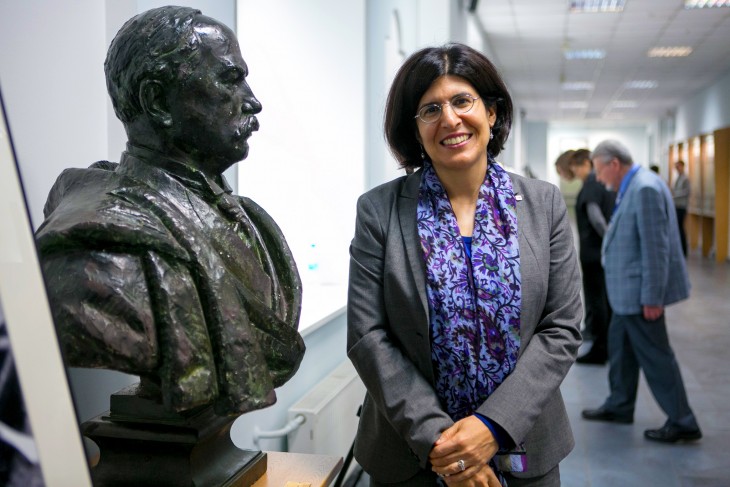 Kathleen Lawand heads the ICRC's Arms Unit. She pointed out that armed conflict was changing, bringing new challenges for humanitarian activity. "Today, the most important objective and challenge is physical access for ICRC staff. That access is vital if they are to assess the needs of the victims of conflict. Unfortunately, denial of access is becoming common practice. The security of medical personnel also remains an extremely grave problem." 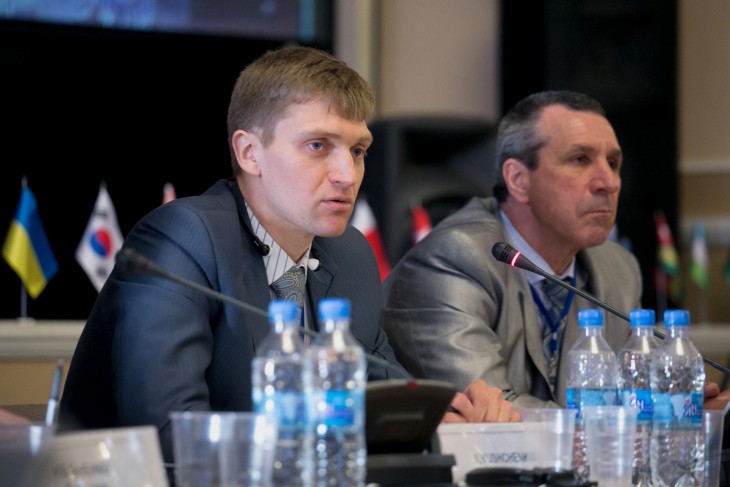 Alexander Ilushchenko is chief of the Legal Unit at Russia's Emercom National Crisis Management Centre. He highlighted the similarity between the problems faced by the ICRC and Emercom during disasters, such as staff safety and respect for the right to humanitarian assistance. 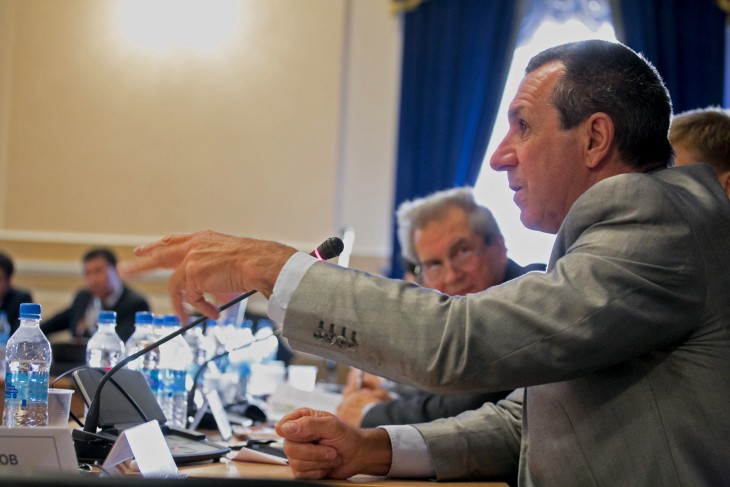 Andrey Demurenko is a former colonel and a veteran of UN peacekeeping operations in the former Yugoslavia. He suggested looking at the problem of access for humanitarian personnel from the point of view of the armed forces. "Commanders have doubts as to the impartiality of humanitarian workers. And we are often unsure about the control exercised over aid," he explained. "The ICRC must be the main coordinator for all humanitarian organizations providing assistance in armed conflict." 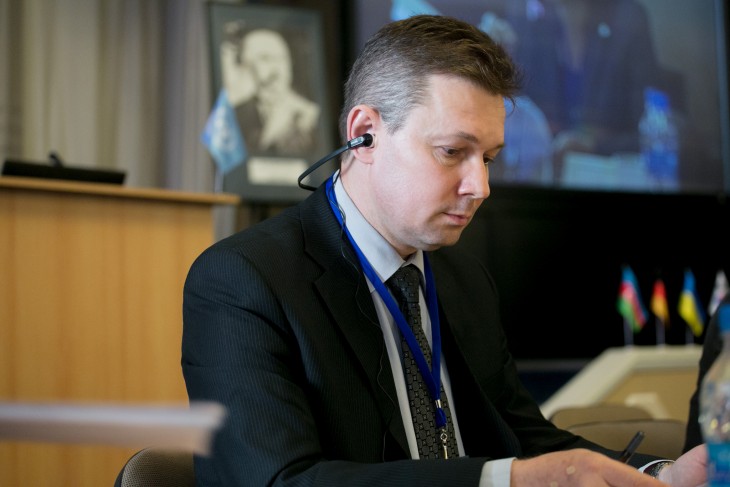 Konstantin Kovalenko is a legal consultant to the Russian defence ministry. He spoke about the importance of informing military personnel about IHL, mentioning in this connection the defence ministry's own instruction on humanitarian law for the armed forces. 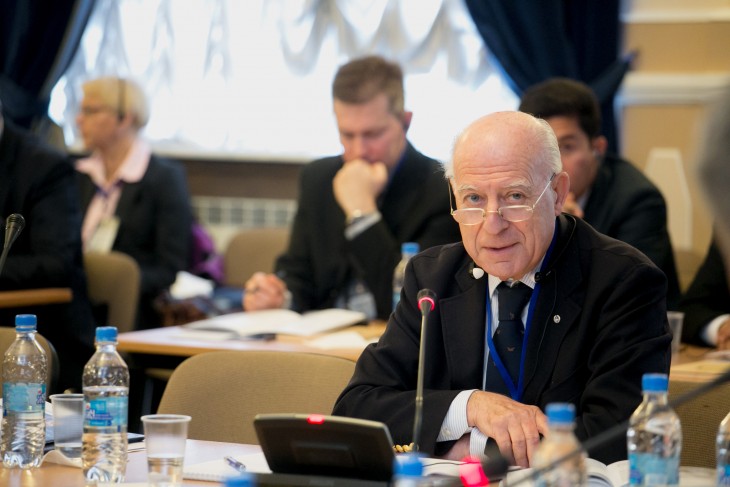 Fausto Pocar is an Appeals Chamber judge at the UN International Criminal Tribunals for the former Yugoslavia and for Rwanda. In his presentation on cyber wars and hostile use of information technologies he outlined the difficulty of applying current legal norms to cyber operations. "It can be said that jus in bello is largely applicable to cyber operations," he pointed out. "However, some norms could be excluded and some are simply missing. There is a great danger of a law that would be too vague and interpreted in contradictory ways. Nevertheless, it is important for the principle of proportionality to be consistently applied to cyber operations." Pocar also highlighted "the difficulty of establishing a nexus between cyber operations and armed conflicts and determining the point at which such an operation inevitably leads to an armed conflict." 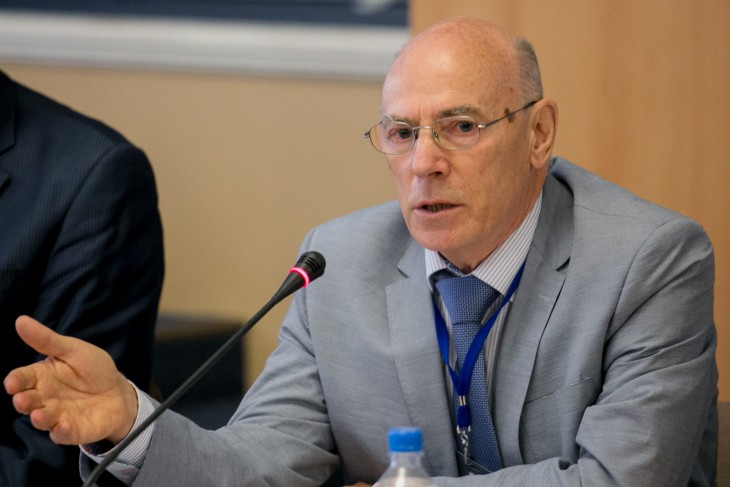 Professor Anatoly Streltsov is deputy director of the Information Security Institute at M. V. Lomonosov Moscow State University. He mentioned the "problem of anonymity on the internet" which poses "a clear threat when countering cyber operations that could lead to armed conflicts." 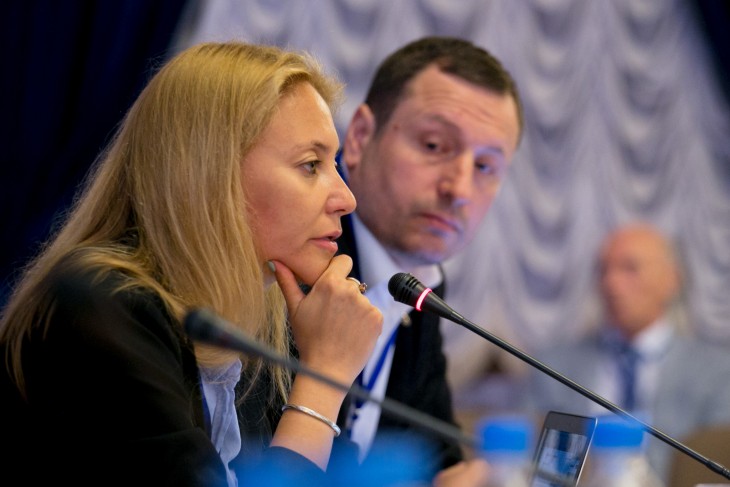 This session focused on the role of journalists as impartial witnesses to events in war zones, their responsibility for the information they pass on, reasons for the high death toll among journalists in hotspots and the urgent need to deal with the post-traumatic stress suffered by journalists working in armed conflicts and other situations of violence.