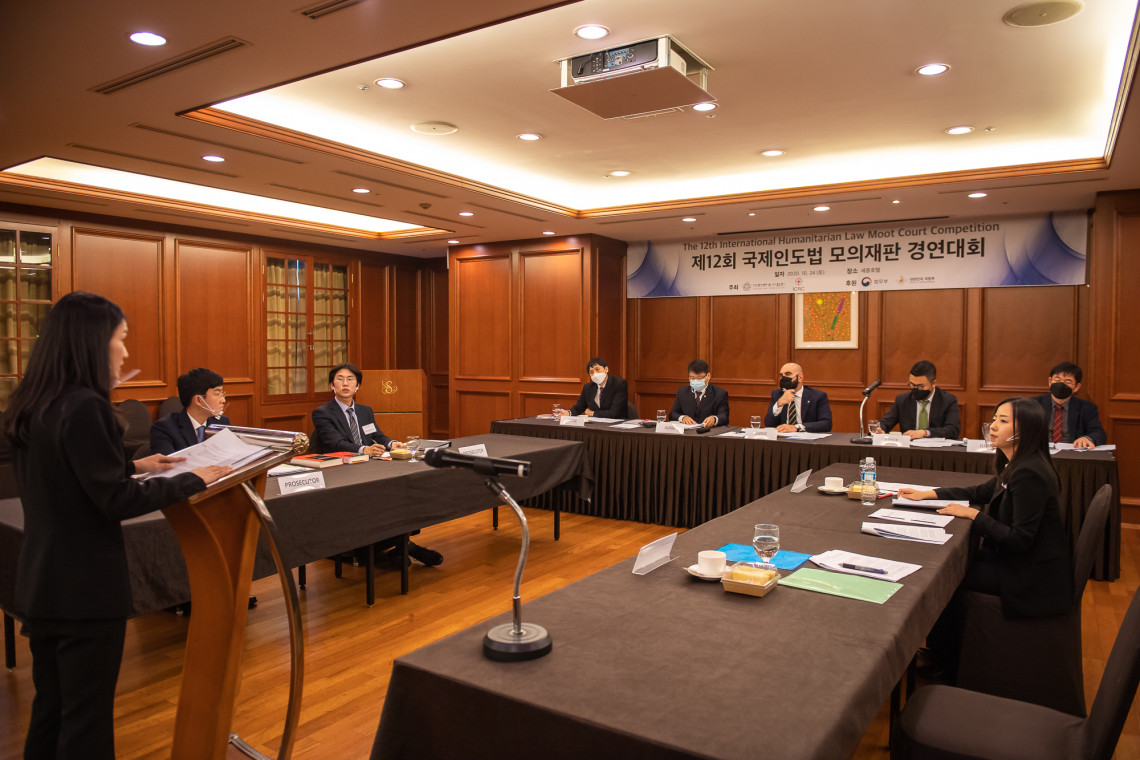 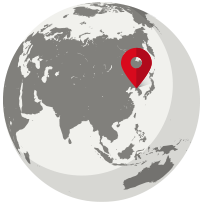 On 24 October 2020, the ICRC Mission in Seoul – in collaboration with the Korean Bar Association (KBA) – coordinated the final round of the 12th National IHL Moot Court Competition in the Republic of Korea (RoK). 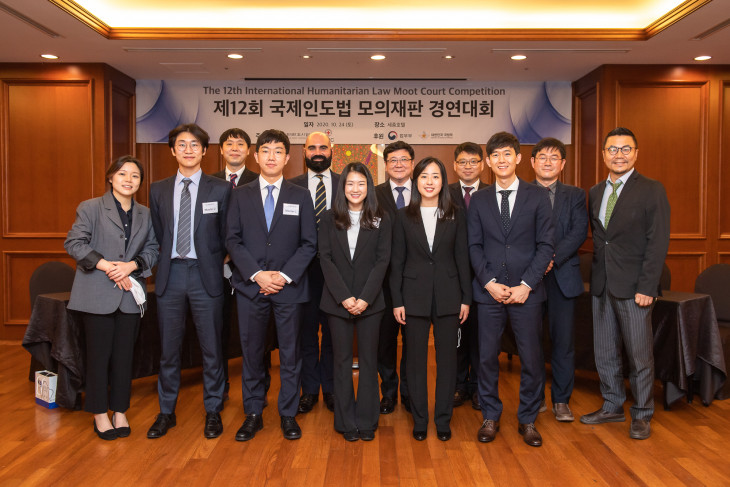 This event featured the participation of undergraduate and graduate students from Yonsei University and Handong Global University, who argued a hypothetical IHL-related case at the pre-trial stage of the International Criminal Court. The case featured issues relating the classification of armed conflict, protection of civilians and medical personnel in armed conflict, the enlisting and conscription of child soldiers and other IHL themes.

The event judges included representatives from the ICRC, KBA and RoK academic community. The closing ceremony featured remarks from the head of ICRC mission and the KBA president.

As per the judges, "It was the highest level among the moot competitions held over the last ten years. The team from Yonsei University showed an outstanding understanding of international humanitarian law and the Handong University students showed exceptional defence ability." 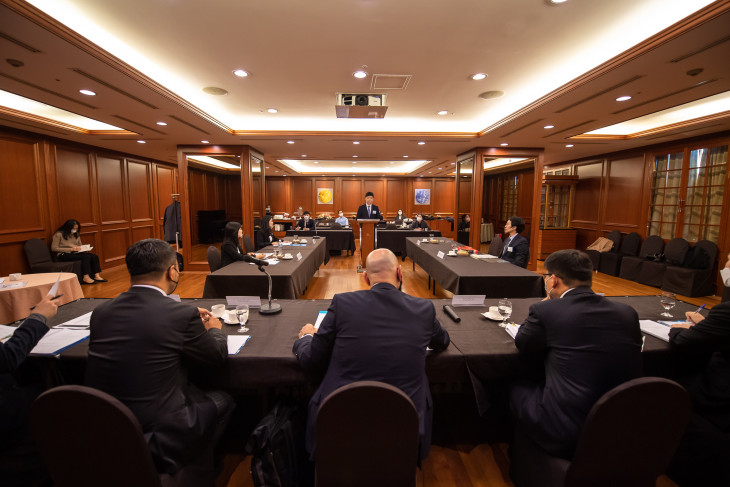 “The basic spirit of international humanitarian law is a universal humanitarian principle that preserves human dignity even during war,” said Charles Sabga, head of ICRC mission in Seoul. “I hope that the partnership with the KBA, which plays an important role in ensuring human rights and defending the law, will be further strengthened with this partnership,” he added.

We bring to you some snippets from our conversation with the winning team:

"Undoubtedly, everyone in this world knows this word. Regardless of race, culture, language and perhaps even age, this word has made itself known throughout history. However, rarely do any of these people understand the circumstances surrounding that word. Do they know that war can only be waged over a just cause? Have they ever heard of phrases jus in bello and jus ad bellum? Or, are people, just like I was, ignorant of the fact that there are laws to guide humanity even in times of war?

As a participant of the 12th International Humanitarian Law Moot Court Competition, I was able to learn not only the answers to these questions, but much more. It was an unmatched experience, and I feel one that gives law students an exceptional proximity to international law and the laws that that govern armed conflict and humanity. 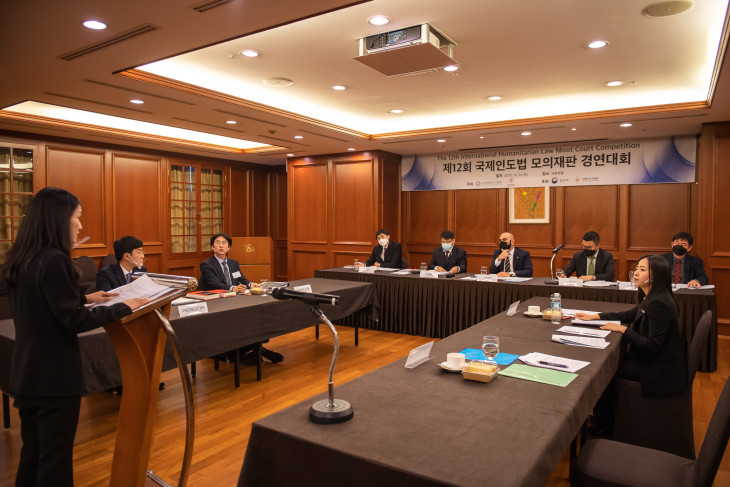 It was through preparation for this moot competition that I was able to learn that even when there seems to be nothing that is restricting and permitting the conduct of war, there is international humanitarian law (IHL). The more uncertain it felt, the more my teammates and I dug for answers.

The more we searched, the more knowledge we gained and the more we were able to see the effects of war not only in the past but also in the present. This is an area of law that so indispensably touches all of humanity but is often overlooked. Therefore, this competition serves as one of the key stepping stones necessary in promoting IHL around the world. 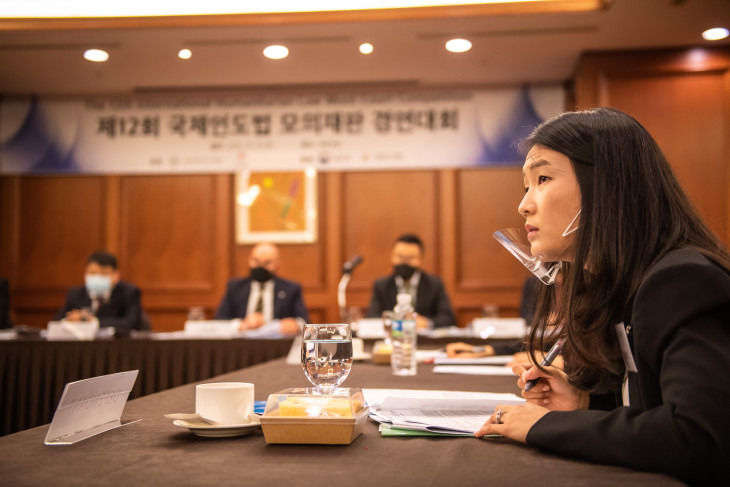 Furthermore, this competition is not only superb for learning more about IHL, but it is a prime opportunity to develop oratory skills, persuasiveness and attention to detail. Creating oral arguments to present in front of respectable judges and learned opponents is a skill that comes with much practice. Also, not only is it important to say one's argument, it is also important to say it with style and poise so that the judges are convinced by the content of one's argument.

Lastly, it is of utmost importance that questions asked by the judges are answered accurately with not only intellect but also on the basis of law. I was able to develop these skills by competing as an oralist in this competition. Thus, this competition offered me a comprehensive experience of both academia and practical skills." 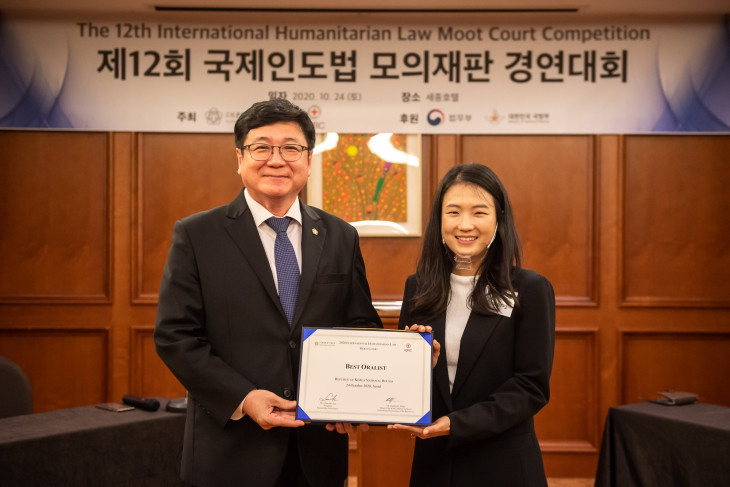 Competing in the 12th International Humanitarian Law Moot Court Competition was an unforgettable experience and I hope that many more people will be able to partake in various learning experiences related to IHL. - Gihie Lydia Che – Team leader of Handong University team/Best Oralist at the competition