Shining a light on the ‘neglected’ humanitarian crisis in Lake Chad 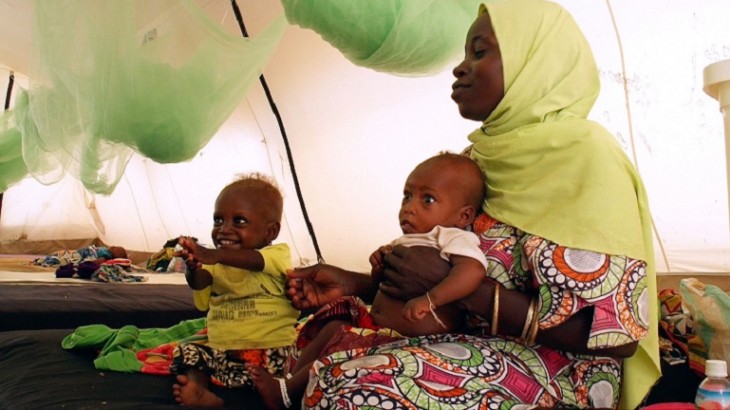 With over 11 million people now affected by the ongoing crisis in four countries of the Lake Chad basin (Nigeria, Chad, Niger and Cameroon), the ICRC addressed the All-Party Parliamentary Human Rights Group (PHRG) in the Houses of Parliament this week.

Organised by the British Red Cross (BRC) and attended by veteran MP Anne Clwyd, Chair of the PHRG, MP Kate Osamor, Shadow Secretary of State for International Development and Mathew Rycroft, the current UK ambassador to the United Nations in New York, the event provided an opportunity to raise awareness about the plight of millions of people in a crisis largely forgotten by the world's media.

"For the ICRC this is a tragic example of the reality of modern conflict – protracted and complex. What started as a localized conflict in North East Nigeria has turned into a regional crisis with spill-over consequences for Niger, Chad and Cameroon," said Markus Geisser, senior humanitarian policy advisor for the ICRC Mission to the UK and Ireland.

Armed conflict, sexual violence, food shortages, and displacement are amongst the factors contributing to what the British Red Cross has described as a 'silent emergency' across the Lake Chad Region of West Africa. "One of the most important crises is the furthest from the world's radar" warned Alexander Matheou, Executive Director of International at the BRC, adding that the organization's recent public appeal stills remains critically underfunded.

UK ambassador Matthew Rycroft was one of a group of 15 U.N. Security Council diplomats who recently took part in a mission to the Lake Chad Basin, to see first-hand the security challenges and dire humanitarian situation. "This a complex crisis that can only be solved by tackling the root causes," he said. 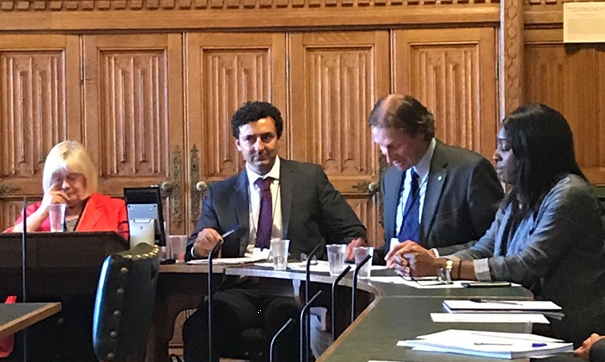 The ICRC told MPs that its teams are currently on the ground in all four of the affected countries providing humanitarian assistance to those affected the conflict. But Geisser stressed that more needs to be done to protect civilians and promote respect and adherence to International Humanitarian Law (IHL), with over 2.4 million people forced to flee their homes:

"The rules of war must be respected by warring parties. All sides must identify better ways of distinguishing between combatants and civilians. Acute food insecurity is leading to widespread malnutrition, hundreds of thousands have been displaced, families have been torn apart and their livelihoods wiped out. The situation remains extremely fragile and we need to do more to alleviate the suffering of all those affected", said Geisser.

Learn more about our work in Lake Chad: https://www.icrc.org/en/where-we-work/africa/lake-chad