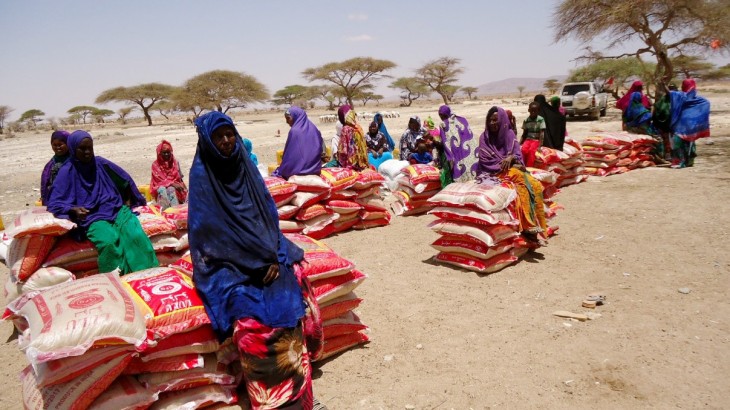 Nairobi/Geneva - The International Committee of the Red Cross (ICRC) and the Somali Red Crescent Society have begun distributing rice, beans and cereals to nearly 60,000 people affected by drought in northern Somalia.

Below average rains during the rainy season made the situation worse causing livestock prices to fall. This has caused a shortfall in household incomes in the drought-hit areas.
"The drought and the food shortages have made the situation even more difficult for the people who are already living in a region of conflict," said the head of ICRC's Somalia delegation, Jordi Raich Curco. "Unfortunately, this isn't new or unique; the country has suffered recurring droughts and floods during the past few years. We hope our help can help some of the affected communities see the drought through."

The rice, beans, cereals and vegetable oil that were distributed around Bari, Nugaal, Sool and Sanag are expected to last one month, well into the time when new rains are expected between April and June.

Somalia experiences dry seasons every year, when water ways go dry and boreholes often become the only source of water. Residents must often pay for the use of the boreholes, using up families' limited resources.

"This year the dry season has been very tough," said the head of ICRC's water projects in Somalia, Fernando Resta. "Water from boreholes is much more expensive than usual. Our food distribution means that these families will have to spend less money on food so they can afford to buy water."

Since 2014, the ICRC has constructed 11 boreholes, 10 hand-dug wells and 20 rainwater catchments in the regions affected by drought. In 2015, 7,800 people received a total of 23,000 date palm seedlings to support the farm trade.