Somalia: How to better reintegrate detainees into society 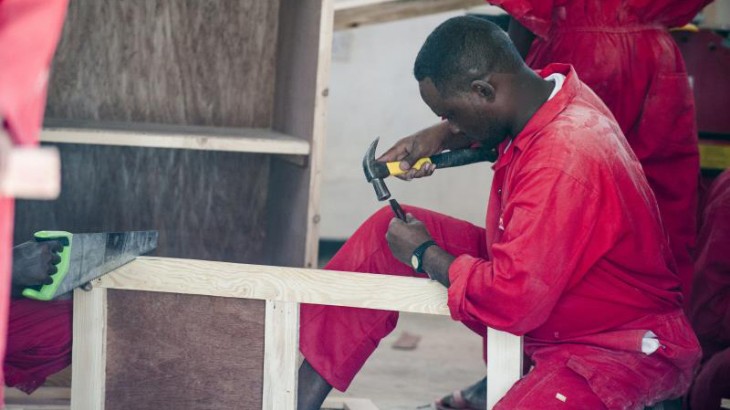 As part of its work in detention centres in Somalia, the ICRC set up a vocational training programme in Bossasso prison in 2013. Detainees are able to take courses in carpentry, masonry and sewing. The courses last six months and vary in level of difficulty to take into account the detainees' existing skills.

Mohamed, an inmate at a northern Somalia prison, had only ever been trained in one thing: how to fire a gun.

Now, though, thanks to a programme for prisoners run by the ICRC, Mohamed and others are learning skills in carpentry, masonry and tailoring that they can use in the outside world.

"I have never had an opportunity to be trained for a job," Mohamed said. "Thanks to the ICRC and the management of the prison, I have been included in the carpentry training."

The ICRC has been teaching inmates new job skills in the prison in Bossasso – in the northern Somalia region of Puntland – since 2013. Such ICRC vocational training programmes are fundamental to the well-being, rehabilitation and social reintegration of detainees.

Prison visits are a core part of ICRC's humanitarian role in the world. The aim of this humanitarian activity is to ensure that persons deprived of their freedom are treated humanely and with dignity.

The first-ever detention visits by the ICRC occurred during World War I, and decades later its delegates visited Nelson Mandela when the South African icon was behind bars. The organization currently visits 500,000 detainees a year in more than 90 countries and territories.

Mohamed first began interacting with the ICRC in 2012, when the organization handed out hygiene products like soap and helped inmates send messages back and forth with family members.

Sixty detainees, both male and female, are now enrolled in the six-month vocational classes. Mohamed shows visitors the fruits of his new carpentry skills – a table and chair.

"I can make anything you need for your house out of wood. These skills have changed my entire life," said Mohamed, who plans to teach his two sons new carpentry skills.

"Now I am full of energy," he added. "In the future when I get my freedom, I plan to work in a carpentry shop. With a bit of investment I can plan my own business and be independent." 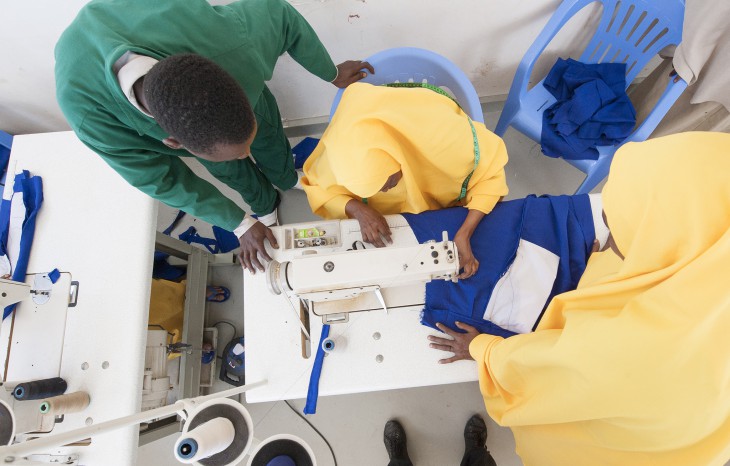 A vocational trainer funded by the ICRC shows two Somali women prisoners how to use a sewing machine. The ICRC is training 60 prisoners in the Bossasso prison in northern Somalia in real-world skills. Such skills will help them integrate with and be successful in Somali society after serving their prison sentence. © ICRC / Pedram Yazdi / SO-E-00678 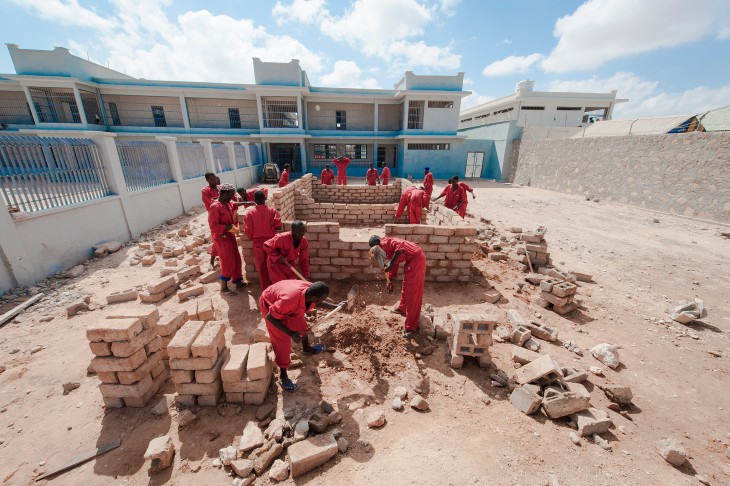 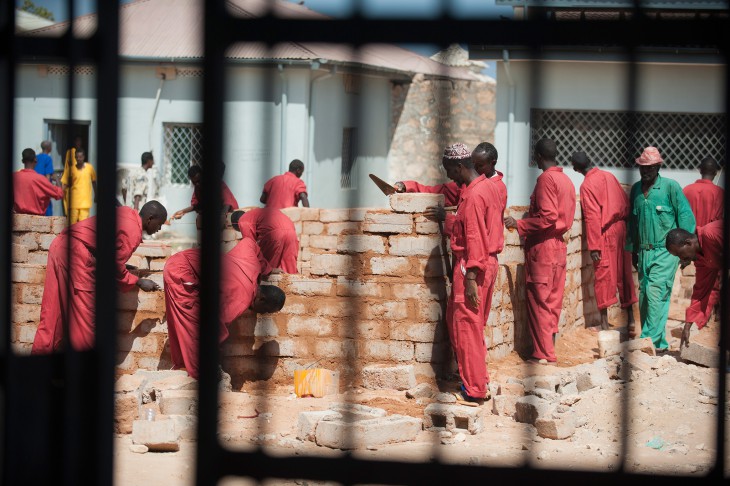 The ICRC construction lessons will allow the Somali men to take a hard skill to the outside world once they have completed their prison sentences. The ICRC believes that prisoners must be reintegrated into society and vocational training allows them to do that. © ICRC / Pedram Yazdi / SO-E-00680 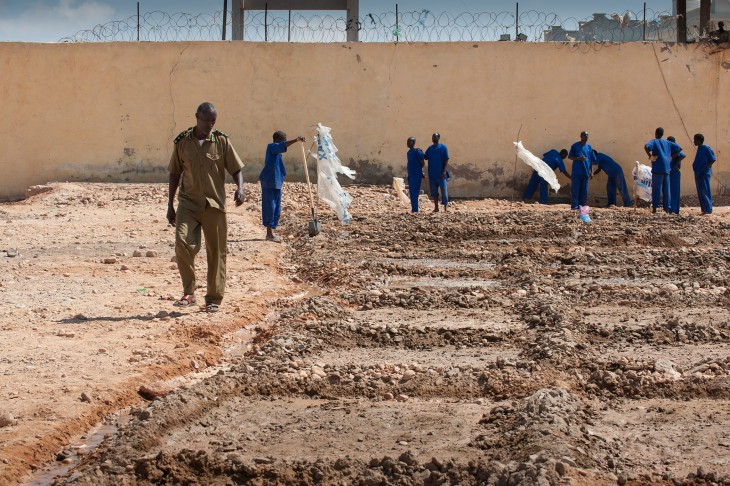 Prisoners work in the garden as a guard walks the grounds. The ICRC's detention programmes look at all aspects of the conditions and environment of detainees, from individual treatment, family contacts, judicial guarantees, access to water, nutrition, sanitation and health. © ICRC / Pedram Yazdi / SO-E-00682 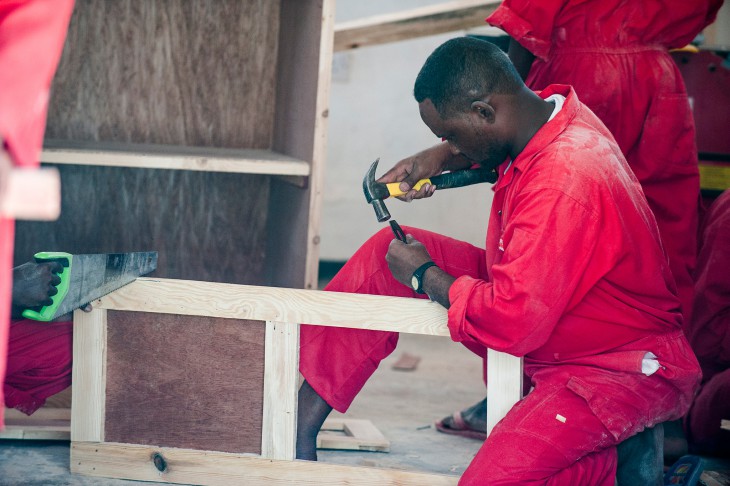 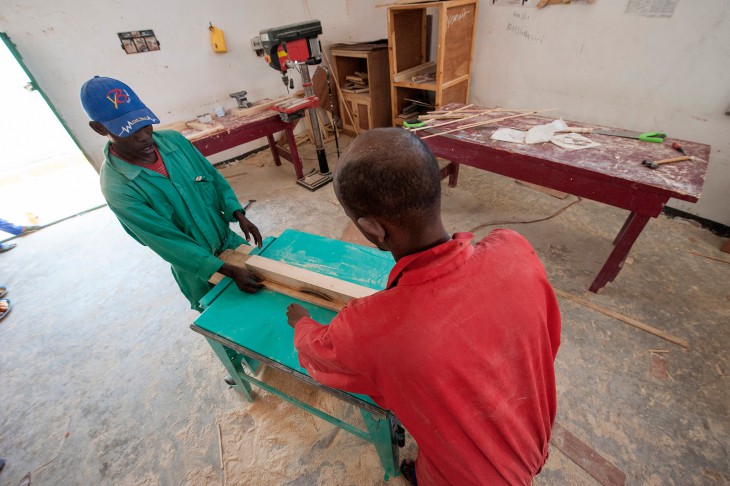 Mohamed, in the foreground in red, said the new carpentry skills the ICRC helped teach him have "changed my entire life. It even improved my health in prison. Before I was sick all the time with no energy to move around. Now I am full of energy, I am a new person with a new job." © ICRC / Pedram Yazdi / SO-E-00689 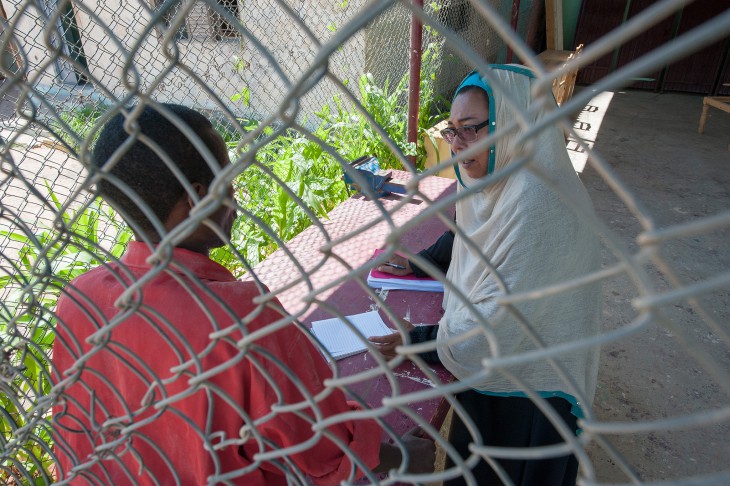 An ICRC official conducts a confidential interview with a prisoner in order to assess whether there are any humanitarian issues that should be addressed by prison officials. © ICRC / Pedram Yazdi / SO-E-00690 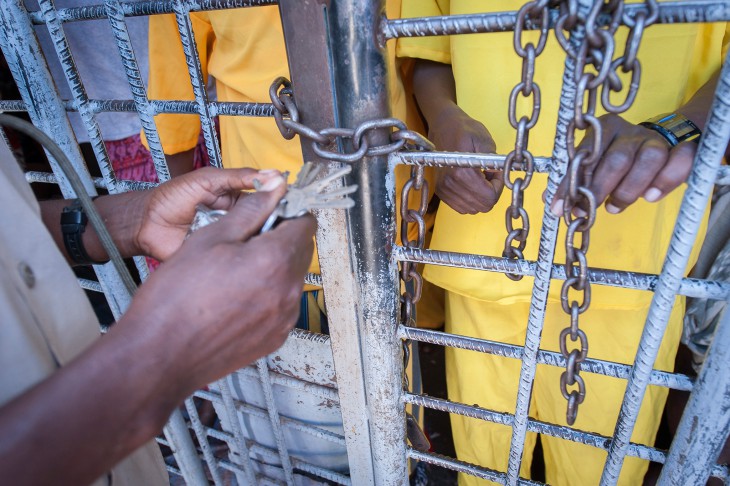 A prison official unlocks a shared prison cell so that ICRC delegates may gain entry. Detention authorities shoulder a complex responsibility that requires many resources and specialized skills. When gaps occur or concerns arise, the ICRC discusses them confidentially with those responsible to increase awareness and help make improvements. © ICRC / Pedram Yazdi / SO-E-00691 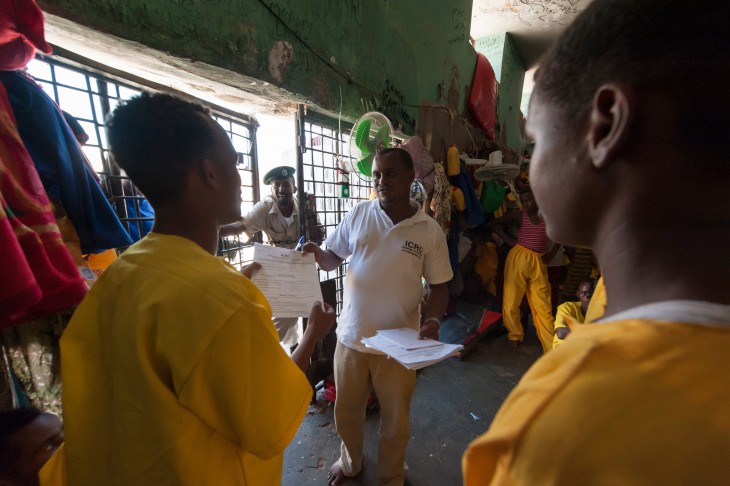 An ICRC official, in the white shirt, stands inside a prison cell at the Bossasso prison in order to hand out message forms that will be exchanged with family members. Helping prisoners maintain links with their family is a core function of the ICRC prison programmes. © ICRC / Pedram Yazdi / SO-E-00693 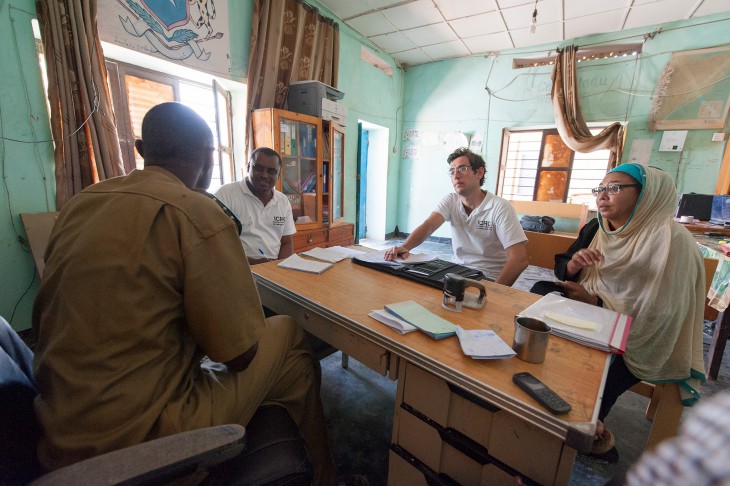 A vocational trainer funded by the ICRC shows two Somali women prisoners how to use a sewing machine.

The ICRC construction lessons will allow the Somali men to take a hard skill to the outside world.

Prisoners work in the garden as a guard walks the grounds.

Mohamed, in the foreground in red, said the new carpentry skills the ICRC helped teach him have "changed my entire life."

An ICRC official conducts a confidential interview with a prisoner.

A prison official unlocks a shared prison cell so that ICRC delegates may gain entry.

An ICRC official stands inside a prison cell in order to hand out message forms that will be exchanged with family members.

Three ICRC officials brief the prison director on their analysis of conditions.