Somalia: The plight of a Yemeni refugee 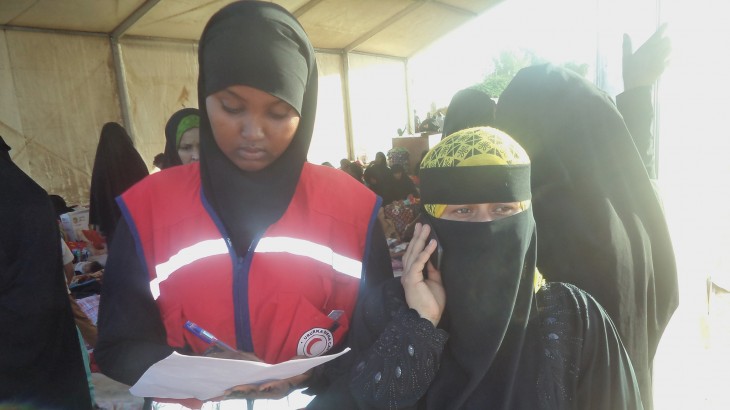 Berbera port, Somalia. Amina*, a Yemeni refugee, is talking on the phone with her mother with whom she had lost contact while fleeing the conflict in Yemen. CC BY-NC-ND/ICRC/Ayman Touhami

"We were used to the sound of gunfire but it later changed to aerial bombardments coming down like rain. I had nowhere to run, no underground shelter to hide in. We had to flee Yemen for safety."

These were the words of Amina*, a Yemeni refugee. Amina and her family decided to flee Shumaili, in Yemen, having survived a harrowing 15 days of shelling. She described how, in her final days in Shumaili, the place was utterly deserted with several structures reduced to rubble.

Since 27 March, more than 5,000 people have arrived in Puntland and Somaliland, having endured a perilous journey by boat from different parts of Yemen. More arrivals are expected in the coming weeks.

In conflict situations, family members can be separated in the chaos, adding to the anguish of relatives who struggle with uncertainty about the fate of their loved ones.

Amina lost contact with both her parents amid the confusion and arrived in Berbera, Somaliland, with little hope of seeing them again. However, with the help of the Somali Red Crescent Society (SRCS), which has been receiving refugees and returnees from Yemen, she was able to trace the whereabouts of her parents.

"This was my happiest moment," she said. "I might be many miles away from my parents but the moment I heard their voices, I knew there was a chance I might be reunited with them again."

The ICRC, in collaboration with the SRCS, have been trying to assist victims of the Yemen crisis in re-establishing contact with their relatives, including tracing people and seeking to clarify the fate of those who remain missing.

According to ICRC representative Ayman Touhami, currently based in Berbera port, this is challenging work given the growing number of new arrivals from Yemen.

"There are difficulties in accommodating the large number of arrivals at the reception centre in Berbera. Language is a barrier as the refugees do not speak Somali, and it will take time for them to adjust to a foreign culture."

Ayman added: "Some families have lost their loved ones in the crisis and are visibly depressed upon arrival. Losing a loved one is not an easy thing and we are trying our best to ensure each family member is accounted for."

*Not her real name 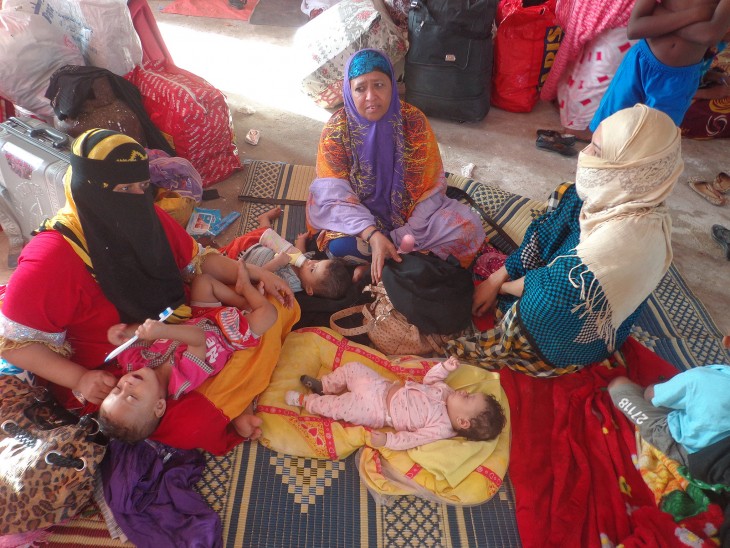 Women and children settle in upon arrival in Berbera port in Somaliland after fleeing armed conflict in Yemen. The ICRC in collaboration with the Somali Red Crescent Society are helping new arrivals regain contact with family members. CC BY-NC-ND/ICRC/Ayman Touhami