Somalia: Women entrepreneurs carve out a living in Mogadishu camps 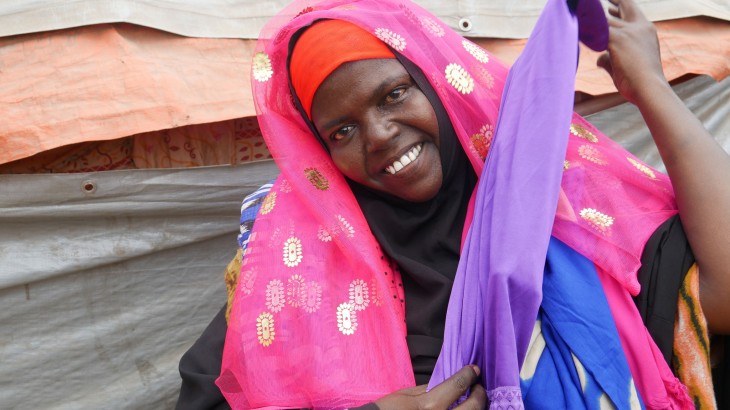 Fatuma Ibrahim sells clothes to make a living. In a day she can make about 3 US dollars, which helps her to take care of her eight children. CC BY-NC-ND / ICRC / Anisa Hussein

Every morning at 8am, Fatuma Ibrahim prepares for her usual rounds of trekking from house to house selling Baati and Garbasaar – a traditional Somali cotton dress and head scarf. This has been her daily routine since she first set foot in Kalkal displacement camp in the capital of Somalia, Mogadishu, more than two years ago.

The camp holds close to 800 displaced people who fled from their original home due to conflict and drought. "I was a farmer in a town called Galweyn in Lower Shabelle before a clan fight broke out and I had no choice but to run away with my eight children," Fatuma said.

On arrival at the camp in Mogadishu, she used her savings to start a small business selling clothes to her neighbors. On a good day she earns 3 US dollars. Sometimes, her customers buy clothes on credit.

Fatuma is one of the people in Kalkal camp to receive US$255 over three months from the ICRC in an effort to help them make ends meet and grow their small businesses. "Now I can plan myself on how to use the money on food and buy a few more clothes for my business," said Fatuma.

The majority of women living in Kalkal camp are either widows or single mothers, according to camp leader Shamso Maalim. The outspoken 38-year-old has been in charge of the camp for 13 years and is responsible for advocating to humanitarian organizations for support on behalf of her community. 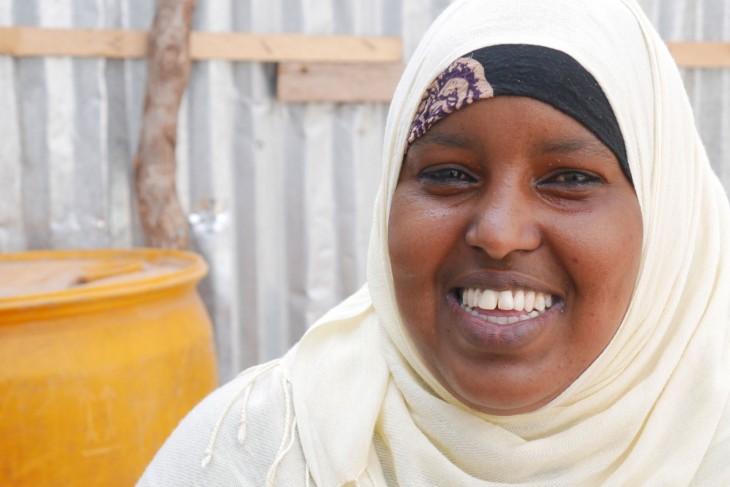 Shamso Maalim is a camp leader at Kalkal displacement camp, which holds close to 800 displaced people. She oversees what goes on in the camp and finds ways to help overcome the challenges faced by the people at the centre. CC BY-NC-ND / ICRC / Anisa Hussein

The cash transfers also helped the "go-to" henna artist in the camp – Sahra Adhan. The 39-year-old started practicing the art on a piece of paper which later became a collection of designs. "I have no money to buy equipment or salon space to apply henna and braid hair for my clients," she said.

Sahra moved to Kalkal from Balcad, Middle Shabelle, with her neighbors two years ago due to clan conflict and the worsening drought situation in Somalia that claimed their livestock and leaving their farms dry. "We moved in haste and I lost my art-book in the midst of the rush to get to a safer place," she said.

Despite leaving her notebook behind, Sahra – a single mother – is using her henna-drawing skills to support herself and her children. 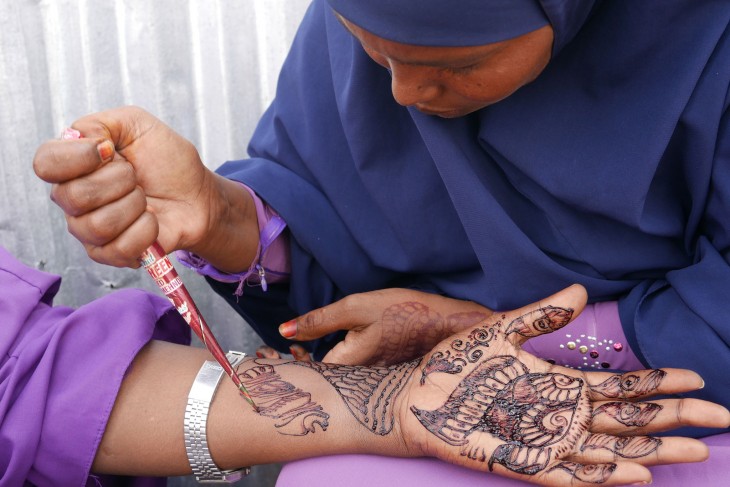 Sahra Adhan is a popular henna artist at Kalkal displacement camp. Her business has enabled her to earn enough money to feed her children and take them to dugsi (madrassa – Islamic school). CC BY-NC-ND / ICRC / Anisa Hussein

"I started drawing on my daughters and their friends' hands to perfect my skill but now I have clients who are my neighbors coming over to my bush (tent) for henna application," she said. "Most of them come when they are going for a wedding event or sometimes they just want to look beautiful."

While conflict and drought have been constant struggles for the community, Shamso and her fellow committee members now face another challenge: an influx of people who were evicted from other parts of Mogadishu and need a new place to resettle. Driven by land disputes, the evictions uprooted some 4,000 people from their homes and left them homeless, without access to health care, water, food, and other basic necessities.

She estimates that the camp receives hundreds of people a day from other parts of the city. "We have received large numbers of new people who were forcefully evicted from their camp arriving at our camp at the beginning of the year," Shamso said.