South Africa: “I want her to know where I am” 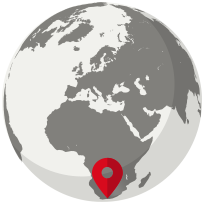 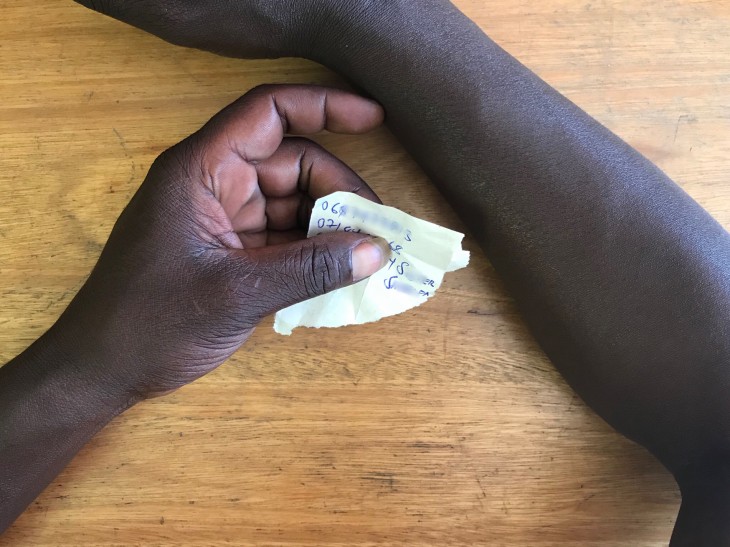 Alive and safe, but not free.

These men and women are held at Lindela Repatriation Centre, a facility that houses irregular migrants near Johannesburg in South Africa.

“I’ve been here for ten days. Police stopped me, suspecting drugs, but they didn’t find anything. They asked for my permit, but I didn’t have it. I lost it when there was a fire in my building. I was arrested.”

This is the story of one Malawian man in the male section of the facility.

Although their stories differ, what binds them together is their deep desire to connect with their families and inform them of their whereabouts.

“She is going to be so happy,” says one woman, describing how her mother will feel to know where she is, now that she will be able to contact her. She has been in Lindela for several weeks after she was caught crossing the border to South Africa.

“I just want my mom to know that I’m arrested. I’m not sure when I’m going to go out. I want her to know where I am,” she continues.

For many, the journey to South Africa is a long one which can take days, weeks sometimes even months. This young woman says South Africa was her country of choice after having grown up in what she describes as a ‘neglected family’ and was forced to make her own way and support herself.

“The thing is, I have people I’m taking care of back home… everything was tight, I have to provide water, electricity, everything. My mom, she’s not working. I didn’t have time to fix even the money for the passport.” 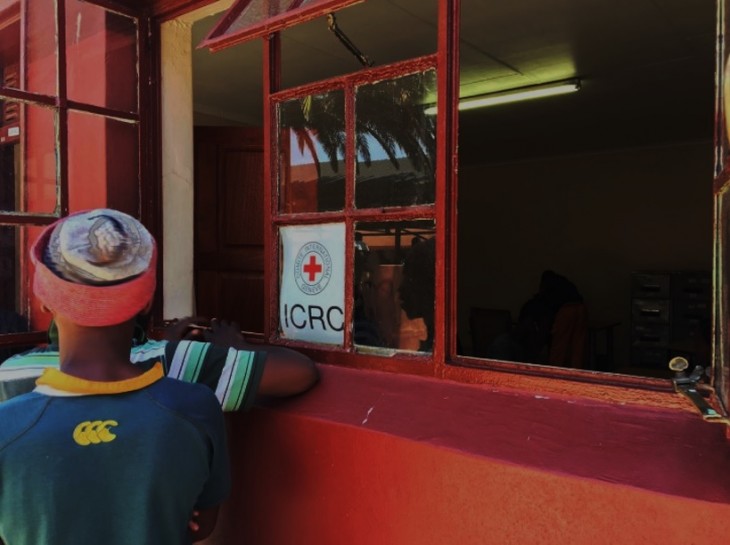 In the courtyard of Lindela is where you'll find several offices, one of which is being used by us, the International Committee of the Red Cross (ICRC) to offer free phone calls with the authorization of South African authorities. Dozens queue outside the door blocking the entrance as they eagerly await their turn. There are three stations and each person has three minutes to make one call or more depending on how they choose to split the time.

One man walks in, takes a seat across the table. “Hello, how are you?” I ask.

“Where are you from?”

“And which country is your brother in?”

We use this information to record the statistics. I ask him if he has the number with him and proceed to hand him the phone. He leans forward, virtually on the edge of his chair, as he listens to the dial tone. His face lights up and there is a smile as he greets the person on the other side, miles away but in that second, the noise in the room disappears and it’s as if it’s the two of them in the room together.

In 2018, the ICRC helped migrants at Lindela make 1,530 phone calls to their relatives. The phone calls are part of the ICRC's wider work to visit migrants detained in South Africa and speak to authorities about their treatment and living conditions. We have done this work in Lindela since 2015.

These phone calls enable migrants to connect with and maintain contact with their families back home. The calls also give them the opportunity to make the necessary financial arrangements to speed up the process to get home. This link helps to make a challenging reality a little bit easier as the migrants think about their next step.

Over our two days at Lindela, not everyone leaves the room with a spring in their step. One man received news of his uncle’s death. I’m eavesdropping but it appears that his uncle was involved in a fight and jumped to his death to avoid his alleged attackers.

“Hawu angikholwa! Ngikude kangaka!” exclaims the Zimbabwean speaking in Ndebele. “I don’t believe it! I am so far away.”

He takes a glance at the timer, one minute 22 seconds into the conversation, he realizes he’s running out of time to talk. He quickly asks how everyone is doing and asks that his family sends money to him.

For those who aren’t able to reach a relative, it is heartbreaking. It’s either the number does not go through or it goes straight to voicemail or it goes through, rings endlessly with no answer. They try the number over and over and try dialing several other numbers before standing up, shrugging their shoulders after having exhausted all options, folding that crumbled pocket-sized piece of paper, shoving it back in their pocket and leaving the room to come back and try again next time.