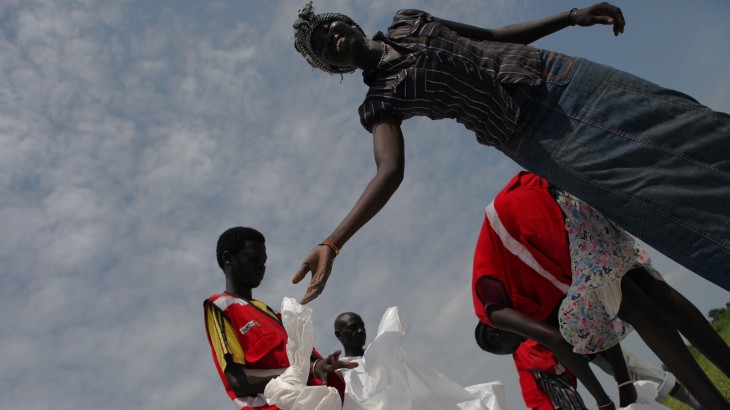 "Despite other crises currently unfolding around the world, it's important not to forget increasingly silent tragedies like the one taking place in South Sudan," said Eric Marclay, the ICRC's head of operations for East Africa.

Hundreds of thousands of people have been displaced and still live in camps or temporary settlements, and some are scattered in remote places far from any services. "Displacement has disrupted people's very ability to survive," said Mr Marclay. "People have been unable to plant their crops. They have lost their cattle. They lack fishing equipment, seed and tools."

In several parts of the country, malnutrition is widespread, particularly among children. Because the rainy season will last until the end of the year, and the security situation remains fragile, food currently needs to be brought in by air. "It's critical to continue to help people and to have a firm and immediate response from the donor community," said Mr Marclay.

The additional funding will bring the ICRC's annual budget for South Sudan – already the site of the ICRC's second biggest operation in the world, after Syria – to 130 million Swiss francs (approximately 139 million US dollars). The money will mainly serve to provide food for 150,000 people until the end of the year. Since mid-December, food has been distributed to more than 500,000 people in several South Sudanese states.

Since December 2013, the ICRC has provided food to more than 500,000 people in South Sudan