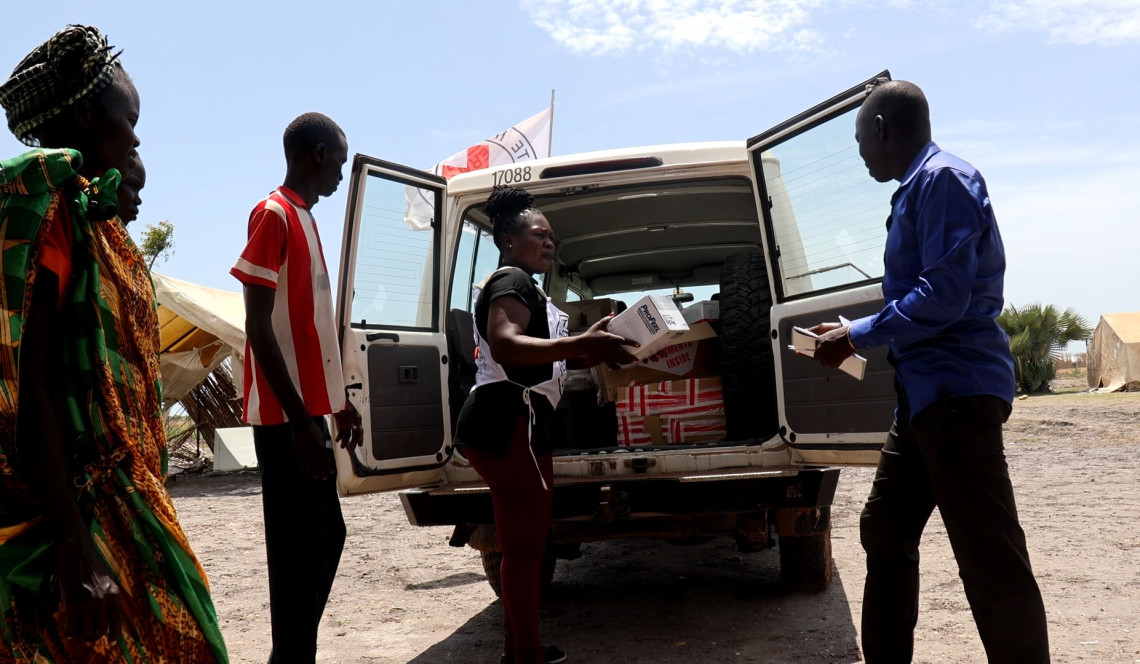 Leer, Mayendit, and Koch counties in Unity state of South Sudan have been affected by armed violence in the last six months, displacing thousands of people and disrupting their means of livelihood.
Article 20 June 2022 South Sudan

Many people had to seek safety in the swamps and other localities with limited access to food and medication. Adok, a small town located 30 kilometers south of Leer county, has faced looting of medicines and medical equipment in a Primary Healthcare Center (PHCC) supported by the ICRC.

"We stayed in places inhabited by dangerous animals. Snakes bit some people and sadly there is no access to medical facilities," says Nyakume Manyuon Mut, a mother of four children who were displaced from Adok village. 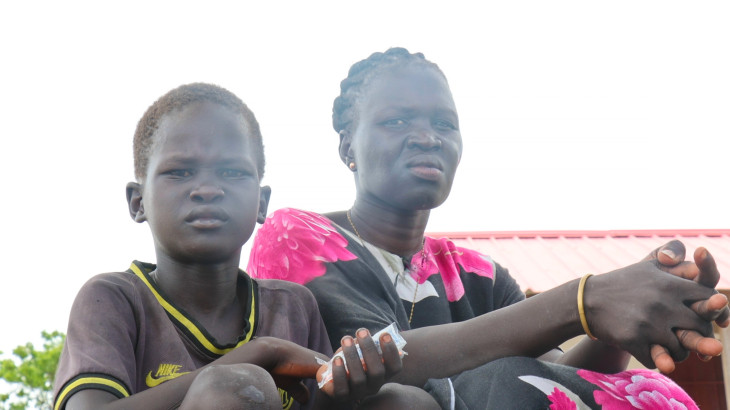 Nyamuke Manyuon and her son Matel.

When Adok healthcare center was attacked in April this year, health workers were forced to suspend medical operations temporarily. They had to flee, and many patients were left without medical attention. As if this is not enough, climate shocks are also making it hard for communities to access medication and food.

"The fighting was terrible. People are suffering due to hunger and disease. Many of us had to escape to a nearby village called Meer to save our lives. In Meer, we had to hide in swampy areas. My children and I now live under a tree with nothing to survive! You will pity them if you see children," says Magok Kuolang Nyakume a mother of three, who was displaced to Meer from Adok.

For four years, we've been working in collaboration with health authorities in South Sudan, to improve access to quality healthcare services in Adok for inhabitants of the village by responding to emergencies and providing drugs and other medical supplies to health centers due to ongoing armed violence.

The ICRC has continued its work in the affected counties and reminds all parties to the armed violence to respect civilians and their assets, healthcare facilities, equipment, and aid workers.

"Now the situation is relatively calm. Because needs are huge, we have supplied another round of medicines for water-borne diseases, malaria treatment, and other essential items to the healthcare center to address the medical needs of the people," says Juru Sylvia Charles, ICRC's Health field officer in Bentiu, South Sudan.

"The armed violence led to the looting of several healthcare facilities in the area, leaving isolated communities without any access to health care when they needed it the most. Healthcare facilities must not be targeted," said Lawrence Baya, head of the ICRC office in Leer.

The PHCC serves a population of over 19,000 in Adok and the surrounding villages, including internally displaced people (IDP) in camps. In five months, about 5000 medical consultations have been provided at PHCC, of which 800 were for maternal and childcare.

Four-year-old Matel after having his wound dressed. Junior Ali / ICRC

Four-year-old Matel after having his wound dressed. Junior Ali / ICRC