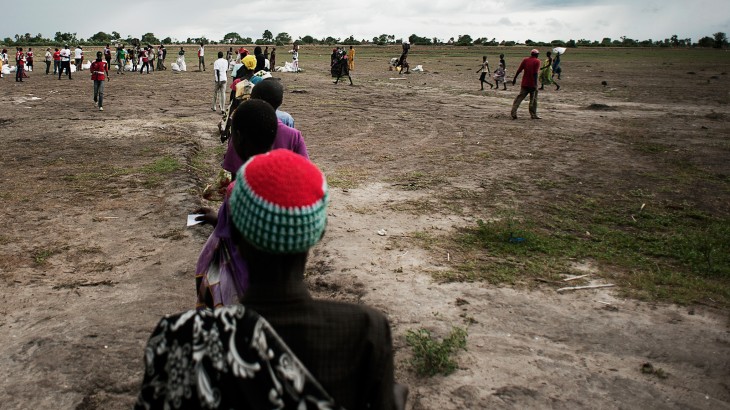 Geneva/Juba (ICRC) - The ICRC is extremely concerned for the wellbeing of tens of thousands of people who have reportedly fled fierce clashes in South Sudan's Unity State in recent days. The situation is all the more worrying as humanitarian organisations including the ICRC have been forced to withdraw key staff from the area amid ongoing fighting.

The ICRC is calling on all parties to the conflict to spare civilians and to facilitate the work of humanitarian organisations and medical personnel.

"These communities face a fight for survival, hiding in the bush in unimaginably harsh conditions. The situation is nothing short of alarming," said Franz Rauchenstein, who heads the ICRC's delegation in South Sudan.

With the rainy season fast approaching, farming communities in Unity State need to plant their crops now to ensure decent harvests – something they cannot do due to the fighting. "Food is already scarce and many people have little choice but to depend on food aid. That dependence will only increase now. At the same time, aid groups are struggling to maintain a presence in the worst affected areas due to insecurity. It's a vicious circle that leaves thousands extremely vulnerable," added Mr Rauchenstein.

Due to the intense military operations in the area, the ICRC has temporarily withdrawn its international staff members from the town of Leer in Unity State as a precautionary measure.

The ICRC works to promote respect of the laws of war through its dialogue with the fighting parties. It reminds those parties, in the strongest possible terms, of their obligations to protect and respect civilians, and women and children in particular.

The ICRC has been providing regular food rations to families in Leer County since the current crisis erupted in December 2013. It will seek to provide emergency aid to the newly displaced families as soon as possible.