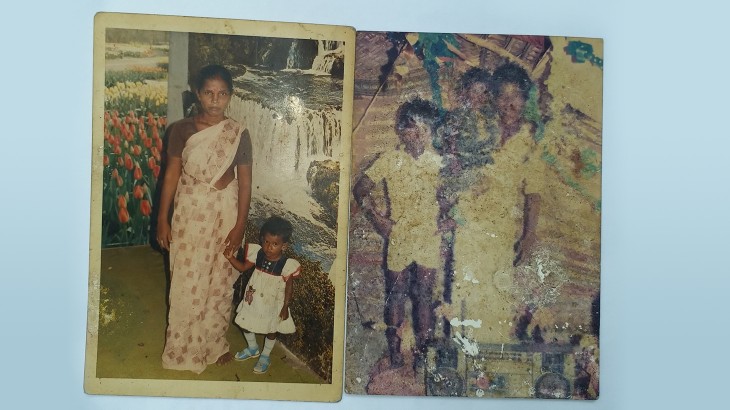 Countless people die during an armed conflict. Many are separated from their families and loved ones. There are others who go missing. The armed conflict in Sri Lanka between the Government and the Liberation Tigers of Tamil Eelam separated families. Mr Periyasamy Ramaiah never thought his family would be torn apart. Almost three decades later, when he had started to believe he would die before his family was reunited, the seemingly impossible happened.

In 1989, Ramaiah's wife, Ranjani, went to Mullaitivu in the north of Sri Lanka to spend time with her sister's family. Ramaiah and Ranjani had four children – three sons and a daughter. One son and one daughter travelled with Ranjani to Mullaitivu. Tension in that part of the country, due to the conflict, led to the closing of the road that connected Mullaitivu to Ramaiah's hometown, Batticaloa.

Ranjani and her two children had to flee to a refugee camp in India along with others from Mullaitivu. She could not contact Ramiah or even send him a message. Ramaiah and his two sons waited. They never stopped waiting and hoping for the day their family would be together again.

Across the sea, Ranjani and her children shared that same hope even though they were living in fear and uncertainty. In 2017, her daughter, Jemila, found out that the Indian Red Cross Society helped search for people's missing relatives. She decided to fill out a tracing request for her father and two brothers in Sri Lanka. The request was sent to the Batticaloa branch of the Sri Lanka Red Cross Society (SLRCS).

Ruthraj, a tracing volunteer for the SLRCS in Batticaloa since 2012, worked hard to search for Ramaiah. Although 68 years old and the oldest volunteer at the branch, it did not keep him from doing all he could to resolve the family's anguish. As a husband, father of two daughters and a grandfather, the value and need for family is close to Ruthraj's heart.

"When I went to the address Jemila had given, no one in that community could remember the family," Ruthraj recalls. But that did not deter him. He went back the next day and spoke to some of the elderly people in the community, who gave him contact details for someone who might remember Ramaiah. A visit to this contact and a trip to the Eachanthivu area of Batticaloa finally led him to Ramaiah.

Elated, Ruthraj helped Ramaiah send a Red Cross message to his family in India right away. Later, the SLRCS set up an overseas phone call for the family to hear each other's voices again. It was a special and emotional moment.

I had no means of searching for my family and I lived year upon year with uncertainty and longing for an answer. I feared we might never be reunited before I die. And now at the age of 75, my anguish is finally over. 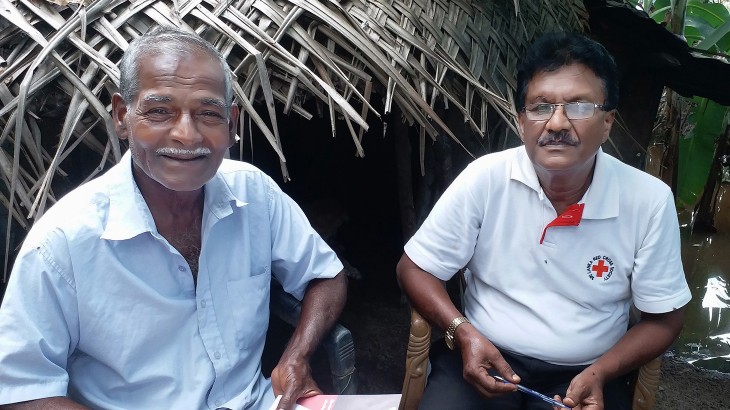 Ramaiah's sons too were overjoyed. One of them, Kamalahasan, said that words could not express how happy he was on the day the family was reunited. "After so many years I was able to speak not just to my mother but to my siblings too. They will return to Sri Lanka. I'm so grateful to the Red Cross," he gushed. His wife adds that they now speak with Ranjani every day. "I lost my parents many years ago. So speaking to my mother-in-law gives me joy. I look forward to taking care of her when she returns to Sri Lanka," she said.

To learn more about our Family Links network in Sri Lanka, click here.