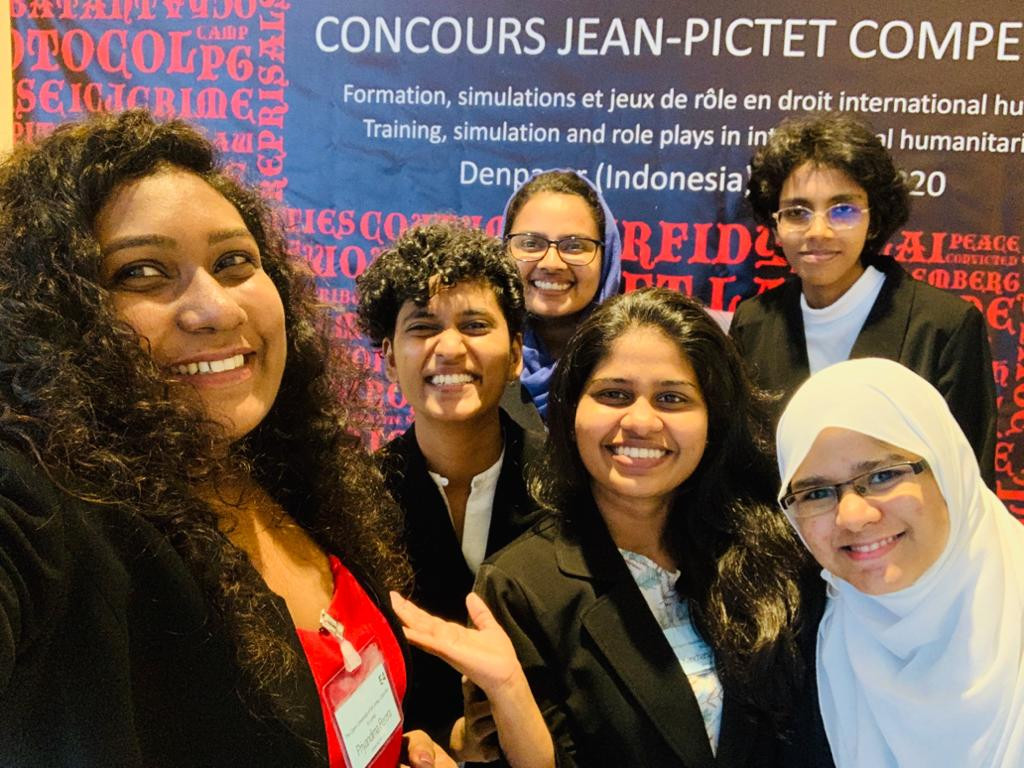 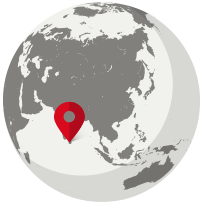 When the COVID-19 pandemic hit, Amanda Halliday, Amra Ismail and Bhagya Samarakoon, from the Faculty of Law, University of Colombo, and Azra Basheer, Priyandima Perera, and Shehani Arachchige, from the Open University of Sri Lanka, faced a tough decision. After months of preparation and an extremely competitive selection process, the six students decided to join more than 90 teams in the 34th edition of the competition.

The ICRC delegation in Colombo regularly promotes IHL among law undergraduates in Sri Lanka and organizes annual national moot court competitions. The delegation financially supported the attendance of the two teams and provided them with training sessions. 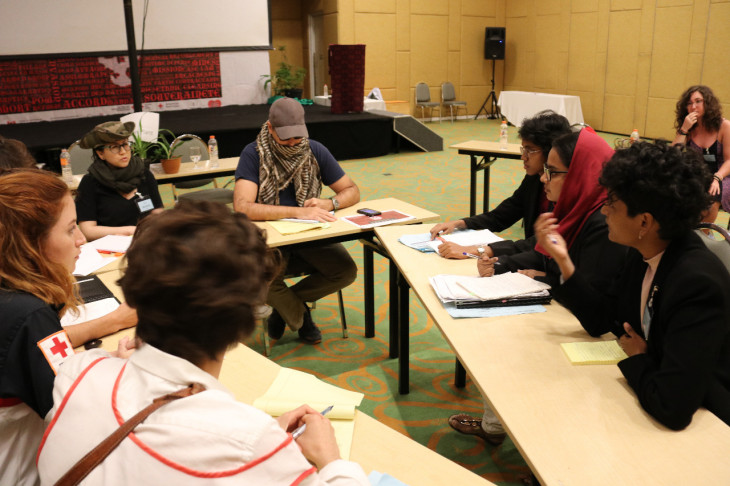 Team members represented the Faculty of Law, University of Colombo (seated at the right side of the long bench) at the Jean-Pictet IHL Competition held in Indonesia in March 2020. Seen here interacting with their counterparts during one of the simulation sessions. Credit: Organizers of Jean Pictet Competition

Shehani, from the Open University, noted, "The training sessions were very useful during the competition, they helped us identify the main legal issues in the scenarios and to apply the relevant legal principles."

Two jury members, who evaluated the Open University team, said, "The team was very good, they engaged positively and respectfully and had a very good command of the law."

Amra, a member of the University of Colombo team, said, "Field simulations reminded us of the predominant 'humanitarian' nature of IHL and the importance for IHL students to understand and empathize with the suffering of those around us."

A jury member, who evaluated the team, noted, "They were a delight to observe, their respectful interaction with others and natural leadership were an example to others."

Bhagya, from the University of Colombo team, said, "From being very intimidated in the first round, we progressed and were able to articulate arguments with much more confidence."

The team later qualified for the semi-final rounds at the competition. The jury member continued, "The team play was strong. They showed genuine interest in understanding the positions of the other teams and a willingness to hear all arguments while trying to build consensus."

Amanda, from the University of Colombo team, who was awarded the Gilbert-Apollis Prize, said, "We still communicate with the friends we made and appreciate the cross-cultural conversations that we had both during and after the competition."

The six students concluded that they often get bogged down by the academic nature of studying IHL. They all agreed that the competition reignited their passion for the law, through intellectual stimulation, and by understanding the ramifications of these legal frameworks in the real world and their impact on societies. 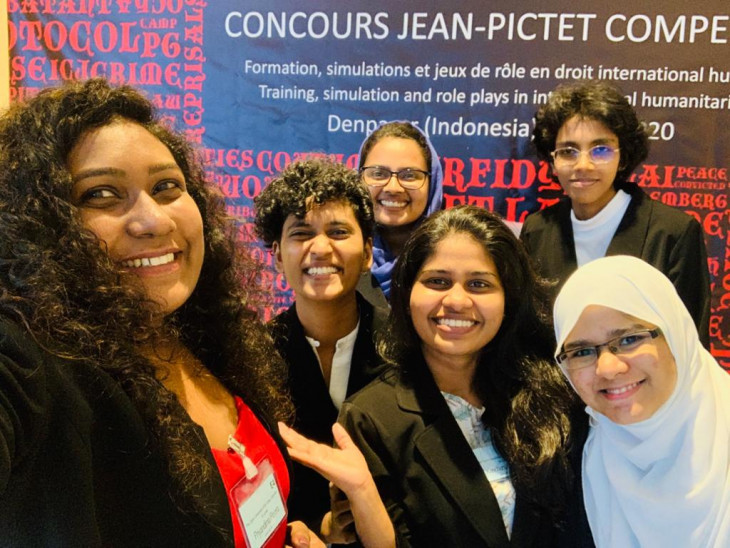 Law students from the Faculty of Law, University of Colombo and the Open University of Sri Lanka who took part in the Jean-Pictet IHL Competition. Credit: Organizers of Jean Pictet Competition

Since 2019, the ICRC delegation in Colombo trained and financially supported the attendance of nine students from several universities in Sri Lanka.

Jean-Pictet Competition: Taking the law out of the books 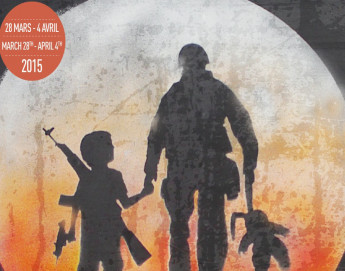 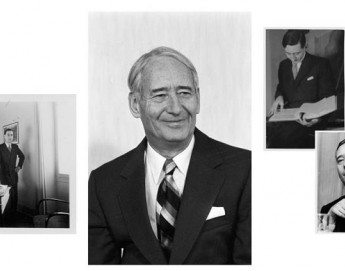 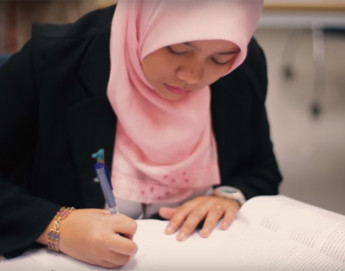