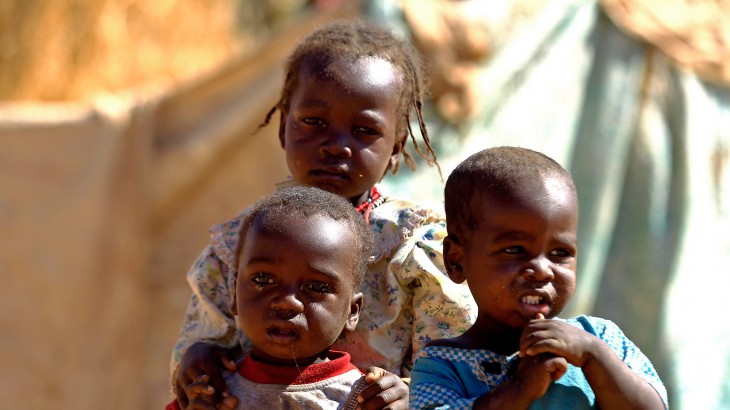 On 30 June, the Sudan People's Liberation Movement – North (SPLM-N) signed the 'Geneva Call's' Deed of Commitment for the Protection of Children, which aims to reduce the effects of armed conflict on children, in particular the recruitment and use of children in hostilities.

Interview with Audrey Palama, adviser on the ICRC team that deals with relations with arms carriers, on why it is important that the ICRC engages with non-state armed groups.

Why is this signature important for the ICRC, and what does it mean concretely? 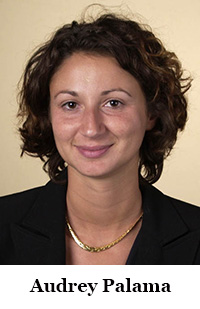 Through this signature, the SPLM-N became the first African non-state armed group to commit to child protection. Armed groups are bound by international humanitarian law (IHL), but they cannot sign and ratify relevant international treaties because they are not a legally recognized entity as are states. The organization 'Geneva Call' plays a specific role in enhancing the protection of civilians in armed conflicts by offering the possibility to non-state armed groups (NSAGs) to make a commitment to comply with the rules of war codified by IHL, through the signature of a formal document. While such a document does not affect the legal status of the armed groups, it certainly contributes to increase their ownership and their respect of IHL rules.

With their signature, these armed groups basically commit to respect a clear set of rules, including on such specific issues as the protection of children in armed conflicts. They publicly demonstrate their willingness to be accountable to international humanitarian law. They also accept to develop internal mechanisms to deal with violations of IHL that might occur, and agree to have external observers monitor their behaviour. Should there be a problem, a verification mission is put in place.

The ICRC engages with non-state armed groups throughout the world. What is achieved through this engagement and what are the challenges faced?

Recent years have seen an increase in the number and complexity of conflicts involving armed groups, with a devastating humanitarian impact. In order to address the humanitarian consequences of today's conflicts, the ICRC must remain a neutral and impartial humanitarian actor, not aligned with any party to a conflict, but in dialogue with each of them. This necessarily includes direct interaction with armed groups. In that respect, the ICRC engages with more than 200 armed groups in about 50 countries affected by non-international armed conflict, as well as situations of violence under the threshold of armed conflicts.

More specifically, this engagement allows us to promote compliance by the groups with relevant applicable law, to obtain access to affected populations, and to improve security for ICRC staff in the field.

The ICRC is one of the very few organizations to engage directly with NSAGs on both assistance and protection concerns, and calls on states to acknowledge this engagement. However, this dialogue is often difficult, sometimes impossible to establish due to a range of reasons often related to security, acceptance, understanding and trust. These are pre-requisites to develop constructive and fruitful dialogue, especially when this dialogue relates to the behaviour of NSAGs' members and aims at ensuring that civilians and those no longer taking part in hostilities are respected and protected.

Can you give us some concrete examples of ICRC's work with non-state armed groups around the world?

Increasing the dialogue with armed groups increases our chances to visit those detained by them. Our visits aim to ensure humane treatment for detainees, and we work with all those who take part in an armed conflict to prevent abuse and to improve detention conditions. When necessary, this includes acting as a neutral intermediary during the release of detainees.

Are there other issues the ICRC takes up with non-state armed groups?

We have also worked with NSAGs in the framework of the "Health Care in Danger" project. Violence against patients and health-care workers is one of the most crucial yet overlooked humanitarian issues today. The ICRC, together with Red Cross and Red Crescent Movement partners and other organizations, runs this global project, which seeks to improve security and deliver impartial and efficient health care in instances of armed conflict and other emergencies.

In view of the prominent role of armed groups in contemporary conflicts, we quickly recognized the need to bring them on board. More than 30 armed groups from all over the world currently engaged in non-international armed conflicts participated in discussions, leading to a greater understanding of the phenomenon of violence against health care and helping to identify practical measures to address it. More details of these practical measures are included in the publication Safeguarding the provision of Health Care: Operational practices and relevant International Humanitarian Law concerning armed groups.

A few years ago, a study conducted by the ICRC on the roots of behaviour in war showed that the training of arms carriers, strict orders on conduct, and effective sanctions in the event of failure to obey them are essential to allow greater respect for IHL. That's why the ICRC, as the guardian of IHL, is working with armed groups, as well as with regular armed forces, in order to ensure they incorporate IHL into their own doctrines, education, training and sanctions.