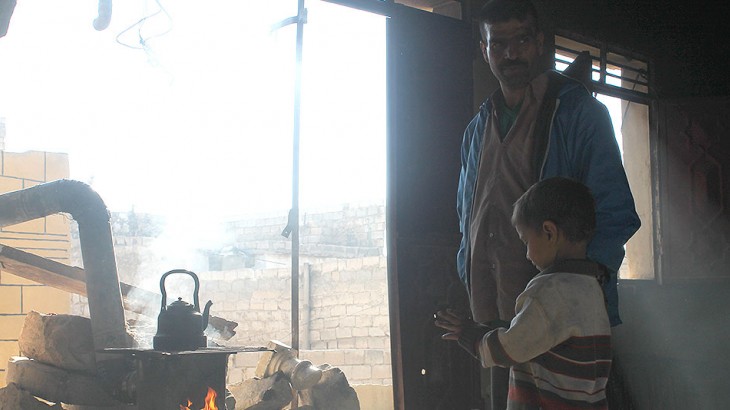 Geneva (ICRC) - The Director for the Near and Middle East at the International Committee of the Red Cross has warned of a deteriorating humanitarian situation in Syria as winter approaches.

Hundreds of thousands of people are trying to survive with the most basic resources as temperatures fall below freezing. Nearly five years of conflict have left much of the country's infrastructure destroyed or severely damaged.

"The humanitarian situation in Syria is catastrophic and deteriorating day by day. The people are facing a bitter winter ahead and they have very few resources. We need better access so that aid can be brought to the most vulnerable. The situation is nothing short of critical for many, many people," said Mr Mardini.

More than 12 million Syrians, including 5½ million children, are in need of immediate humanitarian assistance. More than 4 million people have fled abroad and around 8 million are displaced within the country; many have been forced to move several times.

"Many of the refugees in neighbouring countries such as Jordan and Lebanon live in terrible conditions and are struggling to find warmth as temperatures fall. And they live with the uncertainty of not knowing what tomorrow will bring or even if they will ever make it back home one day," said Mr Mardini.

In Syria, the ICRC has been carrying out a number of activities to try to alleviate the situation. It has started distributing winter clothes for 300,000 children between the ages of six months and nine years old. Work has been done to improve the living conditions of dozens of collective-shelters and other places where displaced people are being hosted.

Since the beginning of the year, the ICRC together with the Syrian Arab Red Crescent provided food to over 7 million people. 15 millions benefited from water programs across the country.

Note: A new video footage is available on www.icrcvideonewsroom.org. During the coming weeks, the ICRC will be producing a number of special reports on how Syrians are trying to cope with the winter at home and abroad.