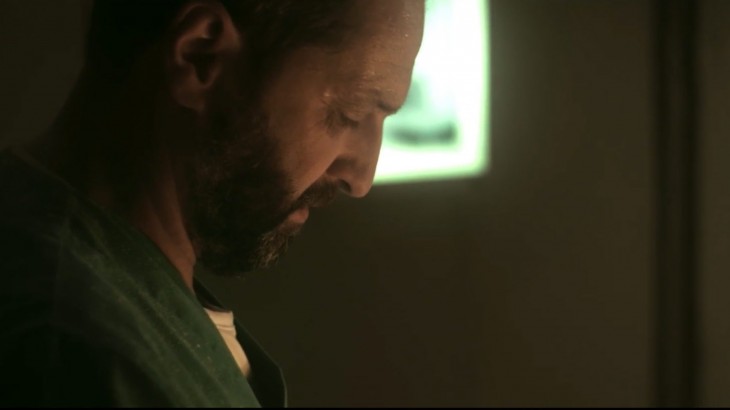 Tabib, meaning "doctor" in Arabic, is a short film set in Syria by Italian director Carlo D'Ursi. Based on real events, the film imagines the final moments of a doctor's life before his hospital is destroyed in an air strike. The doctor in question, Dr Muhammad Waseem Maaz, was the last paediatrician working in Aleppo, and his death on 27 April 2016 made the news across social media and the international press. Sponsored by the Spanish Red Cross and the International Committee of the Red Cross (ICRC), the film has already received a number of awards at national and international film festivals. We asked the director how he came to make Tabib and why he backs the message that health workers are #NotATarget.

I remember that it was incredibly hot that day. I was lying on the sofa watching television at my mother's house, half asleep. The smell of Italian coffee was wafting through the air. Suddenly, an explosion on the news caught my attention; I saw the panic and horror on people's faces. Staring at the footage in disbelief, I felt overwhelmed by rage, sadness and indignation. The last paediatrician of Aleppo, Dr Maaz, had been killed in an air strike on Al Quds Hospital.

Coming from a long line of doctors, I felt strongly that I needed to do something. There are three generations of physicians in my family and then there is me: an artist, an actor. You could say that I'm the black sheep. Medicine never interested me, but I always admired my parents and relatives for their dedication and sacrifice. By the time my grandfather died, at just 45 years old, he had already helped deliver a thousand babies for poor families in post-war southern Italy. Although I never met him, I feel a huge amount of pride and respect for him and I often visit his statue in the main square of my mother's hometown. He was so admired that some people wanted to petition the Vatican to make him a saint. 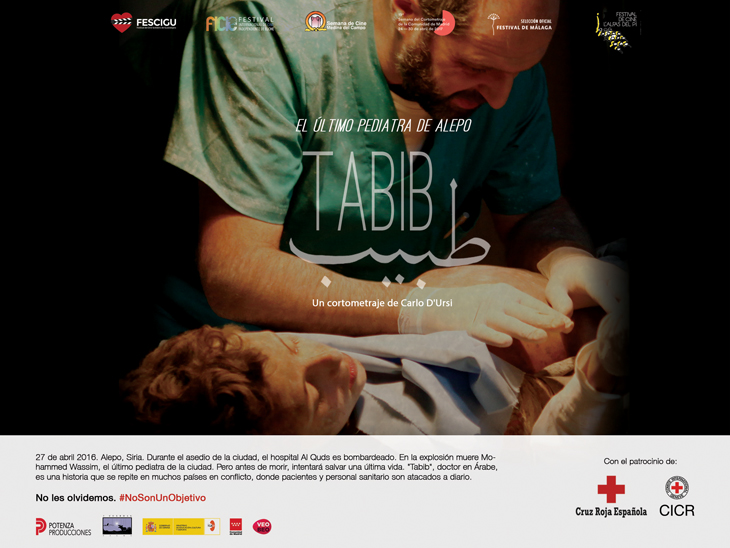 The idea of making Tabib came to me moments after seeing the news report about Dr Maaz. I wanted to honour the memory of this man and, above all, to pay respect to all those health workers – brave men and women – who dedicate themselves to saving lives. Those who work in conflict zones deserve special recognition: while others flee to safety, these doctors, nurses and ambulance drivers put their lives at risk to stay behind and tend to the sick and injured. I really believe that health workers must be respected and protected in these situations. That's why I was so horrified when I heard about what had happened in Aleppo.

Later that day I called Ana Puentes, a good friend and screenwriter with whom I had worked previously. We discussed my idea for a screenplay. The script was ready within a few weeks. We submitted the project proposal to the Spanish Ministry of Culture, where it was very well received. Both the ministry and the local authority of the Community of Madrid gave us funding to make the film. Only later did I learn that Spain was already heavily engaged in diplomatic efforts to protect health workers in conflict zones: it had backed Resolution 2286 at the United Nations Security Council to stop attacks on hospitals and health workers. While we were working on the film, we discovered to our horror that incidents like the bombing of Al Quds Hospital were actually more common than you would think.

I wanted to honour the memory of this man and, above all, to pay respect to all those health workers – brave men and women – who dedicate themselves to saving lives

The project soon took on a life of its own. We partnered with the Spanish Red Cross and the ICRC: joining their Health Care in Danger initiative seemed like the most natural thing to do. I was introduced to the ICRC's president, Peter Maurer, by Francisco Javier Sanabria Valderrama, director-general for matters relating to the United Nations and human rights at the Spanish Ministry of Foreign Affairs.

The patient-doctor relationship shines through in Tabib as an example of the humanity and kindness that can be found even in the bleakest of times. Ultimately, the film is a message of hope. I imagined Dr Maaz taking the time to comfort his frightened patient, as well as treating him, as the air strike continued. I pictured him offering reassurance and making the child smile. Human beings are capable of extraordinary acts. Saving a life, sometimes at the cost of one's own life, is perhaps the most extraordinary act of all.

Health Care in Danger is an initiative of the International Red Cross and Red Crescent Movement to make access to, and delivery of, health care safer in armed conflict or other emergencies. This initiative calls for the respect and protection of health-care workers, facilities and vehicles and the implementation of a series of recommendations and practical measures to safeguard health-care services and their humanitarian mission. This initiative is supported by a number of partners, individuals and organisations, members of the Health Care in Danger Community of Concern.

For more information about the Health Care in Danger project: