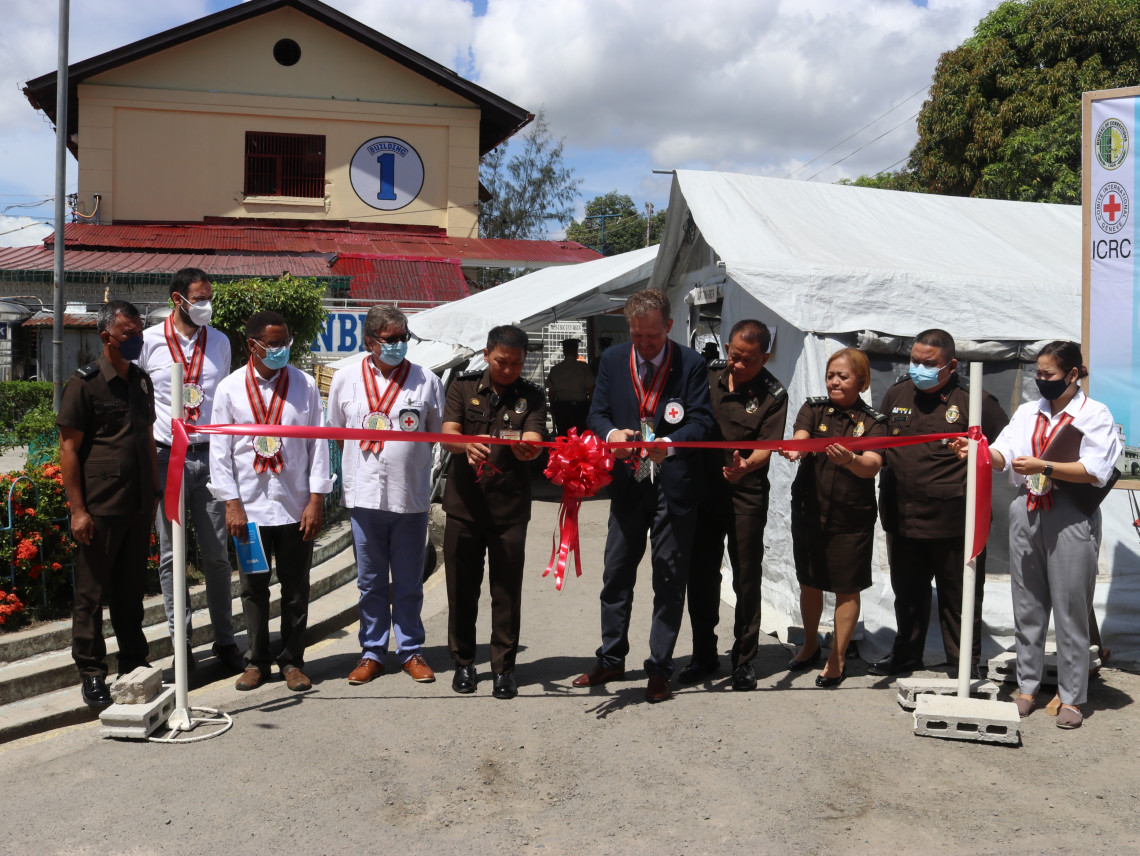 To ensure the continued provision of basic health-care services for 28,000 detainees in Muntinlupa City's New Bilibid Prison (NBP), a 150-bed temporary hospital was inaugurated today by officials of the Bureau of Corrections (BuCor) and the International Committee of the Red Cross (ICRC).
Article 06 May 2022 Philippines

The 4,000 sq m temporary facility, which was designed and built by the BuCor and the ICRC, has an emergency room, pharmacy, intensive care unit, dental clinic and psychiatric ward. Staffed by 147 workers, it can provide minor surgical services to patients. It also supports the newly built tuberculosis (TB) laboratory inside NBP by serving as an isolation and treatment facility for patients who have tested positive for TB. Some of the medical equipment inside the hospital have been donated by the ICRC.

The New Bilibid Temporary Hospital as seen from above. Credits: Bureau of Corrections

"We remain committed to support the BuCor to guarantee the detainees' right to adequate health care. The temporary hospital will help improve the quality of medical care for detainees and provide a good working environment for NBP's health workers," says Boris Michel, head of the ICRC's delegation in the Philippines.

With the temporary hospital, detainees will no longer have to be transported to medical facilities outside NBP unless they have major health problems. They will have access to its services while the BuCor builds NBP's 500-bed permanent hospital.

The temporary hospital will also serve as a referral facility for the infirmaries in the minimum and medium security compounds. Prior to its construction, detainees were treated inside medical tents. 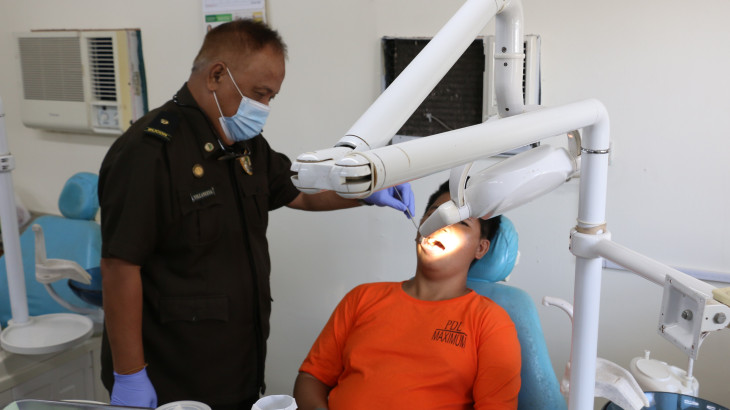 Detainees can get themselves treated for minor health issues in the hospital, including dental problems. ICRC/Lorenzo Arada

The ICRC's support for detainee health care in NBP began in June 2013 with technical assistance through monitoring, supervising and evaluating the implementation of the national TB programme.

According to BuCor, the NBP has a congestion rate of 348 per cent, making its detainees susceptible to communicable diseases such as COVID-19 and TB.

"We commend the ICRC team in the country for its very professional and collaborative approach in the performance of its mission as an impartial, neutral and independent humanitarian organization. Maraming salamat at mabuhay po kayo sa ICRC!" says Assistant Secretary Gabriel P. Chaclag, BuCor's Deputy Director General for Administration. The ICRC has been supporting the NBP in its COVID-19 response through the provision of equipment and technical support since the start of the pandemic. It has also been assisting the NBP in the vaccination of detainees since 2021. 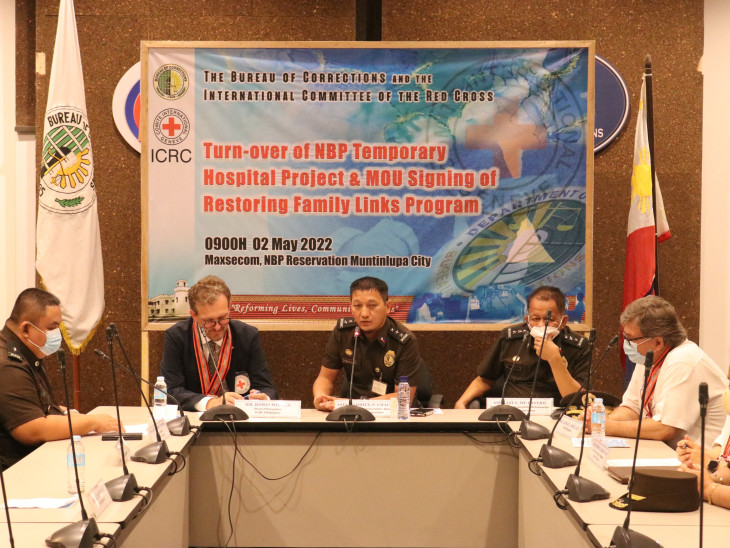 The ICRC is a strong advocate of the e-dalaw programme and announced today that it would donate equipment that would help NBP detainees keep in touch with their loved ones through voice and video calls.

Since 2007, the ICRC has been working closely with the Philippine authorities to help ease the consequences of extreme overcrowding in jails, focusing particularly on health issues such as TB treatment, and improving living conditions of persons deprived of liberty (PDL).