Transitional justice: States should include issue of missing persons and their families in the process

Statement to the UN Security Council Open Debate on Peacebuilding and Sustaining Peace: Transitional Justice in Conflict and Post-Conflict Situations 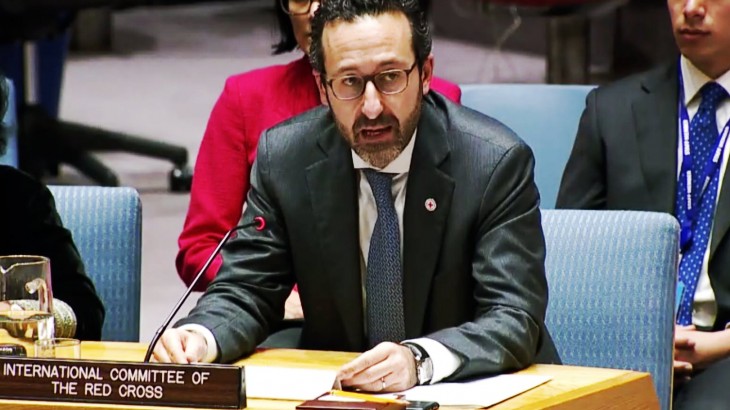 As delivered by Mr. Robert Mardini, Permanent Observer to the United Nations and Head of Delegation, ICRC New York

After the guns go silent, transitional justice creates a space for truth, accountability, and reconciliation. It helps break the cycles of violence and atrocities.

Equally important, it plays a humanitarian role. It recognizes wounds and addresses the suffering of individuals, families and communities whose lives were fundamentally changed by the conflict.

One humanitarian issue that intersects with transitional justice is the situation of missing persons and their families. If you speak to families, you hear that their suffering is both acute and haunting. It is the last open wound.

As this Council meets to discuss how to improve transitional justice mechanisms, the ICRC has the following three recommendations:

First, include a stated objective on the clarification of the fate of missing persons and the support to families –for all cases of missing persons without discrimination. Such mechanisms must involve the families and have due regard for their emotional well-being and security. We encourage the Security Council, UN member States and UN missions to see transitional justice processes as an important avenue to implement Security Council Resolution 2474 on missing persons in armed conflict adopted last year.

Second, provide all families looking for a missing relative an individualized answer and support. This holds even if the case is not part of a judicial investigation under a transitional justice mechanism. People can also go missing in circumstances that may fall outside the scope of the judicial pillar of a transitional justice mechanism. For instance, combatants can go missing in action or civilians can go missing during displacement or during inter-communal violence. Even these families have a right to know the fate and whereabouts of their missing relatives.

Third, there must be no impunity for war crimes. In all types of armed conflicts, States have the obligation under International Humanitarian Law to investigate and prosecute suspects of alleged war crimes, some of which may include violations that have led to people going missing, including cases of enforced disappearances.

The ICRC stands ready to provide expert advice and support States, UN missions and transitional justice mechanisms on ways to:

First, include the issue of missing persons and their families in transitional justice processes, whether in truth-seeking, reparations or judicial pillars.

Second, guarantee complementarity between transitional justice processes and any other mechanism set up to clarify the fate and whereabouts of missing persons.

I thank you, Mr. President.