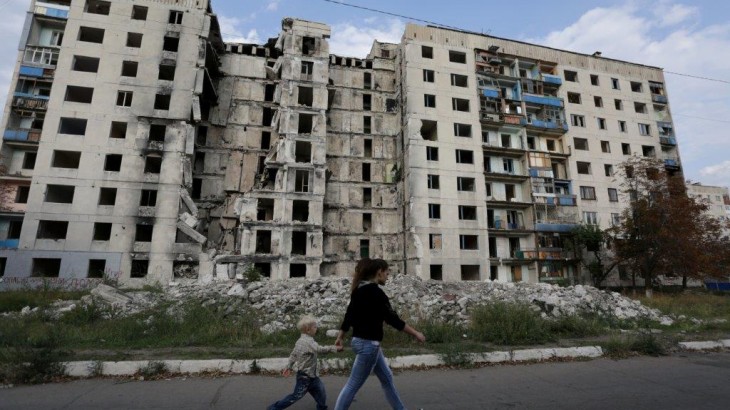 A block of flats in Lysychansk, Lugansk region damaged by shelling. September 2015. ICRC / A. Vlasova

Kiev (ICRC) – Escalating fighting in populated areas along the front line is putting the lives of many civilians in serious danger, while civilian infrastructure providing essential services is being hit.

"We are seeing increased shelling in populated and urban areas in eastern Ukraine, causing greater hardship for the civilian population," said Alain Aeschlimann, head of the International Committee of the Red Cross (ICRC) delegation in Ukraine. "This is happening both in daytime and at night, forcing more people to take cover in their basements."

The situation has become even more difficult at the limited number of crossing points, with shelling taking place in close proximity. What's more, when people and vehicles have to queue for hours, they are more exposed to shelling, the dangers of mines and the lack of health care. All possible measures should be taken to ensure quick and safe passage at checkpoints.

Casualty numbers are rising in the vicinity of the contact line and the increase in the shelling also endangers some essential water infrastructure, with the area around the Donetsk Filtration Station having been repeatedly shelled.

"When conducting military operations, constant care must be taken to spare the civilian population and civilian property. Under international humanitarian law, all those involved in the conflict must do their utmost to verify that targets are indeed military objectives," said Alain Aeschlimann. Of most concern are sites housing potentially harmful substances, such as chlorine gas used for purifying water, whose destruction could seriously affect people living in the area.

On a more positive note, repairs to a 3 km gas pipeline in Marinka which was damaged in the summer of 2014 were finally completed this week. The ICRC assisted the DonetskOblGas company and provided the equipment required for the repairs. Some final checks are still required but more than 16,000 people in Marinka and Krasnohorivka will finally have their gas supply restored soon. However, given the circumstances, the teams need better security and access to finalize their work.