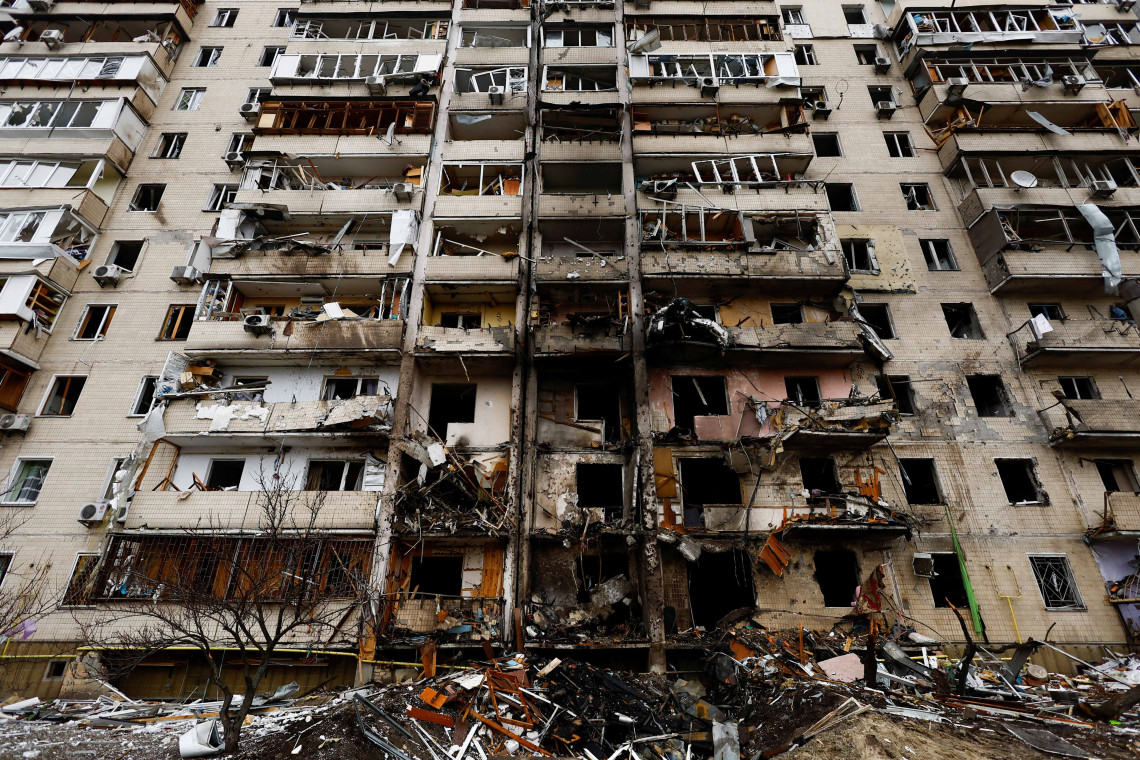 Armed conflict in Ukraine: A statement by Florence Gillette, head of ICRC delegation in Kyiv

Kyiv (ICRC) – "As the armed conflict in Ukraine evolves and escalates, the anguish and fear people have endured for the past three days deepen.

We are extremely concerned that the conflict is affecting very densely populated areas, including the capital Kyiv and other major cities. As we have seen time and time again in our work all over the world, when neighbourhoods become the frontline, the consequences for people – including children, the sick, the elderly - are simply devastating.

We are calling urgently on parties to the conflict not to forget their obligations under international humanitarian law. They must ensure the protection of the civilian population and those no longer taking part in the fighting, such as detainees or the wounded and sick. International humanitarian law is clear: all parties to the conflict have a legal obligation to ensure that military operations are planned and conducted in a way as to ensure the protection of civilians and civilian objects.

They must take all feasible precautions to avoid civilian injuries and loss of life. Indiscriminate attacks are prohibited, and ICRC therefore strongly urges the parties to avoid the use of explosive weapons with a wide impact area in populated areas and to avoid locating military objectives within or near such areas.

Considering mounting tensions and more arms in the streets, it will also be vital to keep taking steps to ensure law and order is maintained so the civilian population is not placed at further risk.

Any disruption to essential services like water, power, health facilities, can cause huge ripple effects. We have seen too many times in conflicts that the use of explosive weapons that have wide area effects can cause death, damage and destruction on a dramatic scale.

They leave deadly reminders of their destructive capacity, with unexploded ordnance that do not explode on impact often remaining buried in the ground or amid the rubble, endangering people long after the fighting ends.

After a grueling eight years of conflict, the last thing people need is more violence, death, destruction and despair. We call for all states to do everything in their power and influence to avoid escalating a conflict whose cost and consequences for civilian populations outpaces the capacity to protect and assist them."

Note to Editors:
Established in 1863, the ICRC operates worldwide helping people affected by conflict and armed violence and promoting the laws that protect victims of war. A neutral, independent and impartial organization, its mandate stems from the Geneva Conventions of 1949. it is based in Geneva, Switzerland, and works in more than 100 countries.

The ICRC has been working in Ukraine since 2014. Our operations in the country are among the ten largest ICRC operations worldwide with a team of over 600 staff members. Working closely with the Ukrainian Red Cross Society, we are increasing our response to the humanitarian needs in Ukraine. Our support to people includes emergency assistance such as food, water, and other essential items. We also support hospitals and primary healthcare facilities with medical equipment and emergency preparedness. We repair water stations and support households to rehabilitate their damaged homes. We also help families separated by the conflict reconnect.