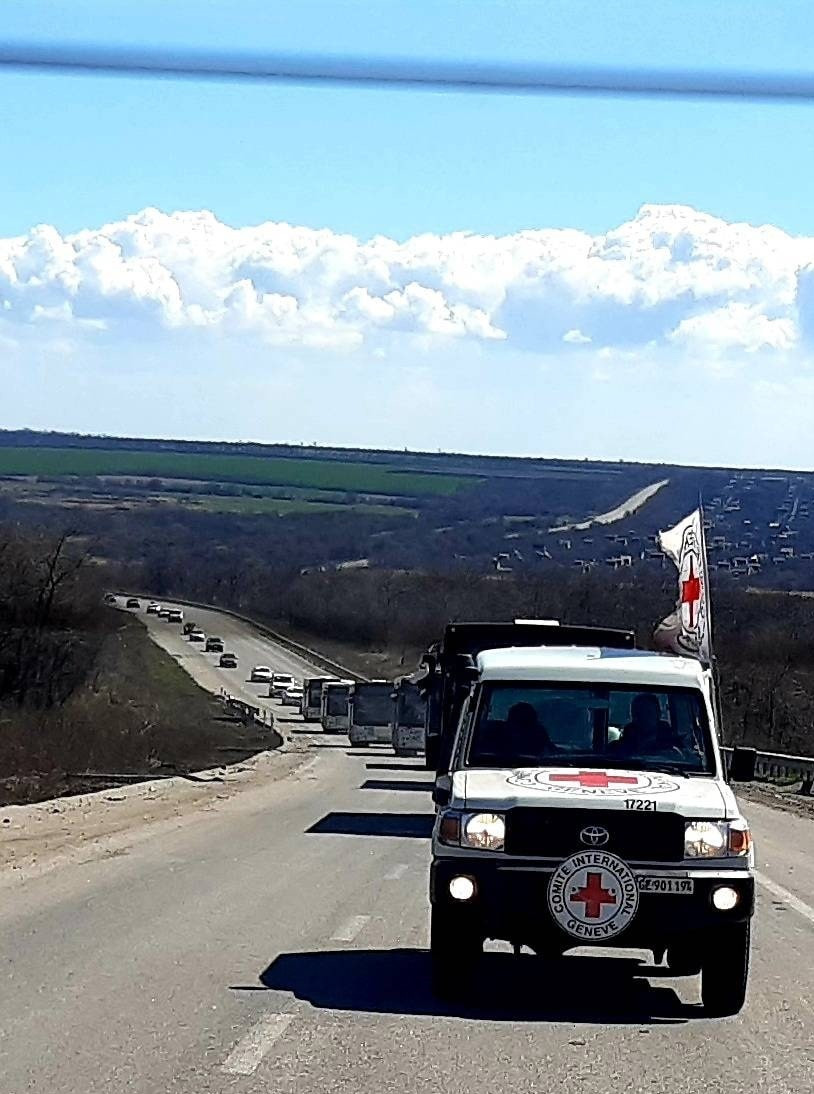 Geneva (ICRC) – An International Committee of the Red Cross (ICRC) team has led a convoy of buses and private cars carrying more than 1,000 people to Zaporizhzhia.
News release 06 April 2022 Ukraine

The civilians transported in the humanitarian convoy had fled Mariupol on their own.

"This convoy's arrival to Zaporizhzhia is a huge relief for hundreds of people who have suffered immensely and are now in a safer location. It's clear, though, that thousands more civilians trapped inside Mariupol need safe passage out and aid to come in. As a neutral intermediary, we're ready to respond to this humanitarian imperative once concrete agreements and security conditions allow it," said Pascal Hundt, the ICRC's head of delegation in Ukraine.

The convoy that the ICRC led left Berdiansk on Tuesday and reached Zaporizhzhia on Wednesday. The ICRC team had tried over the course of five days and four nights to reach Mariupol, and came within 20 kilometres of the city, but security conditions on the ground made it impossible to enter. The ICRC remains ready to facilitate the safe passage of civilians from Mariupol and other cities, provided that the parties to the conflict ensure the necessary security guarantees and conditions.

*A previous version of this news release said that the convoy had more than 500 civilians. After further review, the number was more than 1,000.