United Kingdom: The application and applicability of IHL to multinational forces 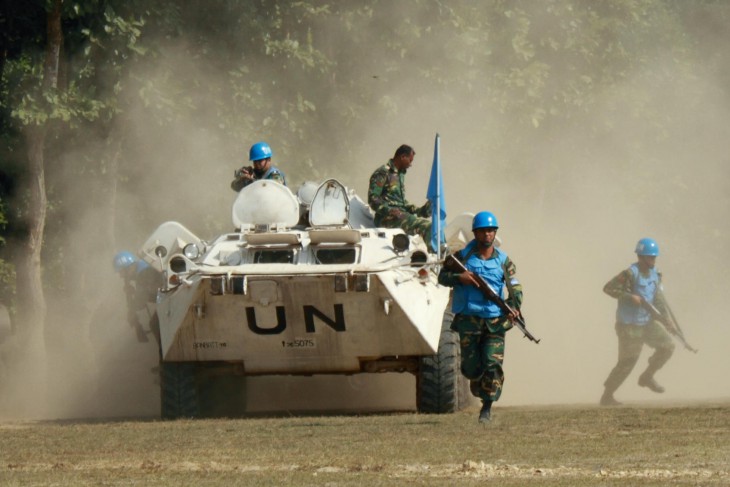 International military engagement in Syria and Iraq from the second half of 2014, and even more recently in Yemen by a military coalition of Middle Eastern States, has brought the issue of the legal frameworks covering multinational and peacekeeping forces and their component parts under new scrutiny. Whether undertaken under UN command or the umbrella of a regional organisation such as NATO, participation in multinational operations is increasingly the default mode for many States engaged in military operations overseas.

The question of when and under what circumstances a State can be considered party to an armed conflict when taking part in multinational or peace operations is one that provokes considerable debate. At what point should a State be considered a belligerent? What should be the allocation of responsibility between States participating in operations, international organisations, and the host State? Reflecting on experiences in Afghanistan, Libya and elsewhere over the last decade it is evident that these questions require answers.

In November 2014, members of the UK's international humanitarian law community drawn from academia and the military gathered at Chatham House in London for a roundtable discussion on some of these issues, set out in a new article by ICRC legal adviser, Dr Tristan Ferraro.

Dr Ferraro's article, titled "The applicability and application of international humanitarian law to multinational forces", is published in the latest issue of the International Review of the Red Cross on Multinational operations and the law, which was launched at the roundtable. In producing this issue, the ICRC has sought to gather viewpoints from a distinguished range of scholars and practitioners to try to bring clarity to this increasingly pressing issue for the international community.