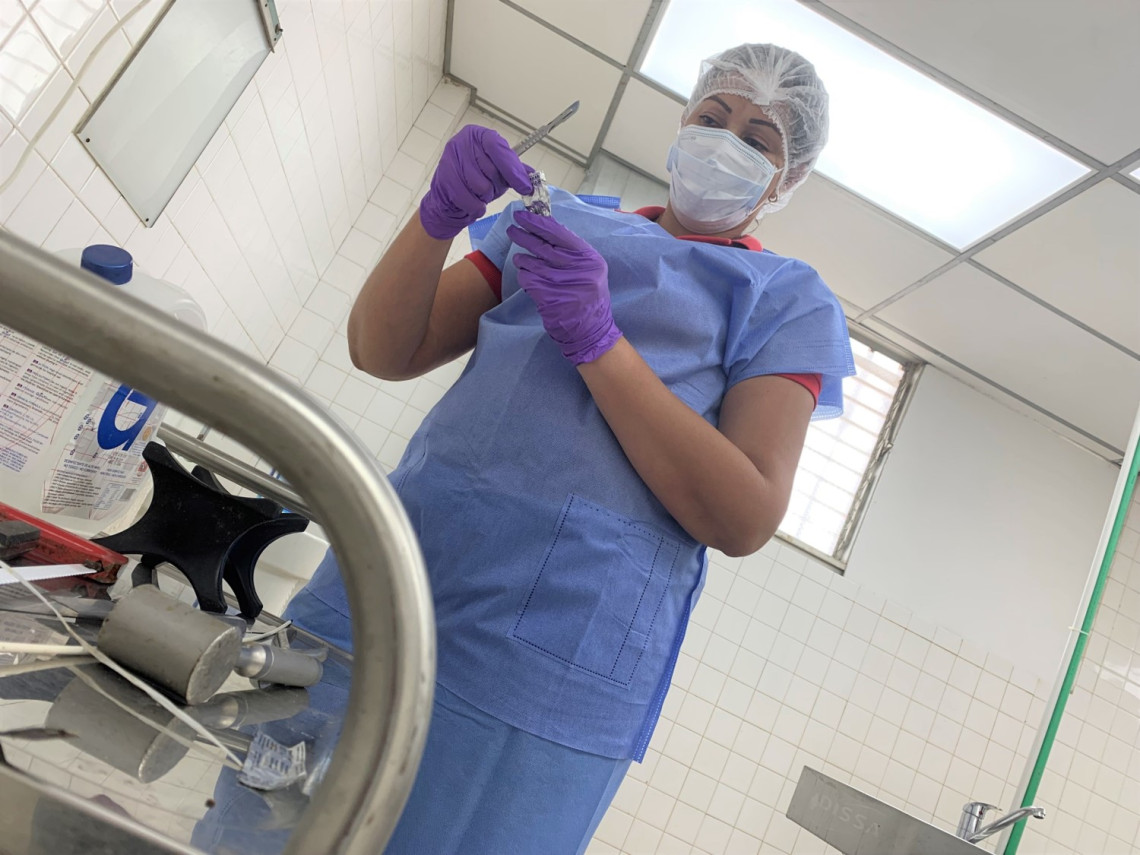 Venezuela: Promoting dignified treatment of the dead and respect for forensics

“The hardest part about working as a forensic doctor is experiencing grief alongside the families. And it’s a different grief because the death was violent, not natural,” says Yesenia Delgado, a forensic pathologist at the San Fernando de Apure Morgue. “Forensic specialists do a lot more than just find the cause of death. In many cases we’re the first to provide support to families who need to be consoled.”
Article 05 October 2022 Venezuela 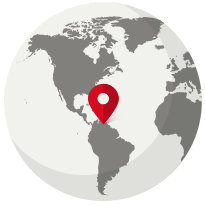 Forensics encompasses pathologists, autopsy technicians, dentists, anthropologists, psychologists, and others who play a fundamental role in treating the dead with dignity, identifying remains and supporting the families of the dead. Given the importance of their work, they deserve respect, recognition and working conditions that allow them to do their work properly and with dignity and to stay motivated.

For the past three years, Yesenia has been a pathologist for Venezuela's Medical and Forensic Science Department (SENAMECF) in San Fernando de Apure, which is located in the Dr Pablo Acosta Ortiz Hospital. Her job is carrying out autopsies to determine people's cause of death and helping to identify the dead. She and her team of 37 specialists do the best quality work they can at the centre 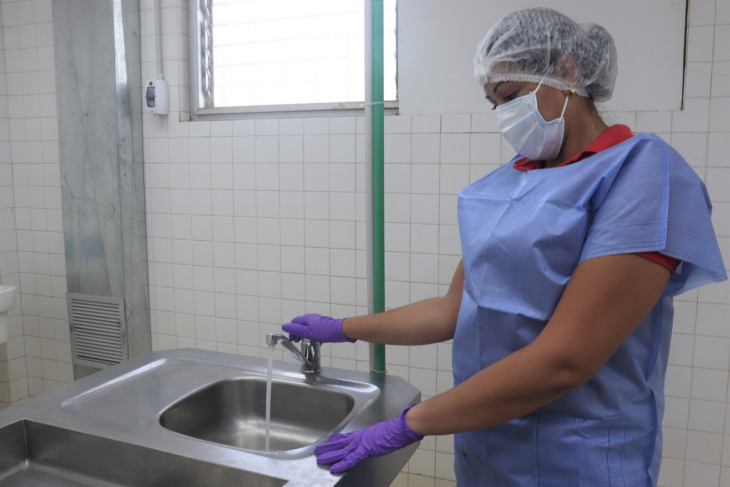 The San Fernando morgue analyses the bodies of people who died in relation to armed violence not only in Apure State, on the border with Colombia, but also elsewhere in Venezuela. The ICRC works with the SENAMECF authorities to provide support for this work. For example, the ICRC has been donating medical supplies and protective equipment, has installed a water supply system and has made repairs and upgrades to the mortuary, the cold chamber, the air conditioning system and the electrical system, which is now separate from the rest of the hospital's electrical system.

"Before the renovation, the conditions made it hard to work," says Yesenia. "The cold chamber was damaged, so we had trouble keeping the bodies for more than four days. It's not the same doing an autopsy a few hours or a few days after death, because the body changes. Now we can work properly, which is a huge relief," she says. 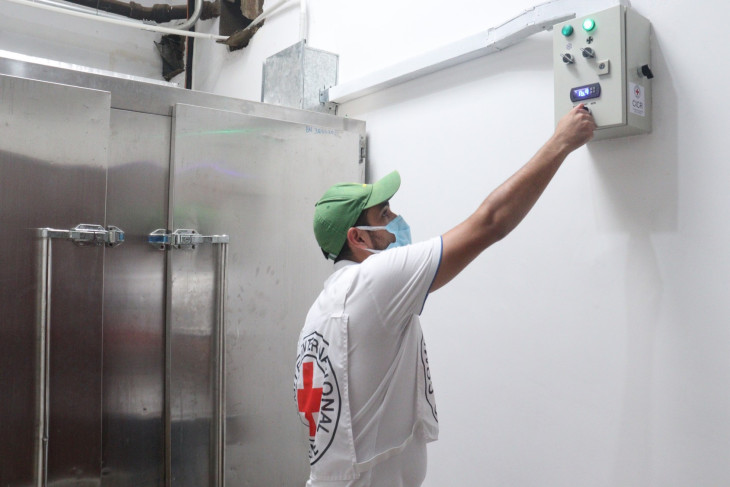 The ICRC's work with the SENAMECF builds on the knowledge and availability of forensic staff like Yesenia who are dedicated to giving families answers and treating the dead with dignity, no matter who they were in life.

"Our work is really meaningful. We give the dead their last goodbye, so we need to be disciplined, respectful and compassionate in our work. That's the attitude we've fostered not only in the forensic department but also among all our colleagues in the hospital. We're showing that just because we work with the dead doesn't mean that our area should be neglected or ugly. On the contrary, we want it to be a calm space for the families of the dead," says Yesenia with pride. 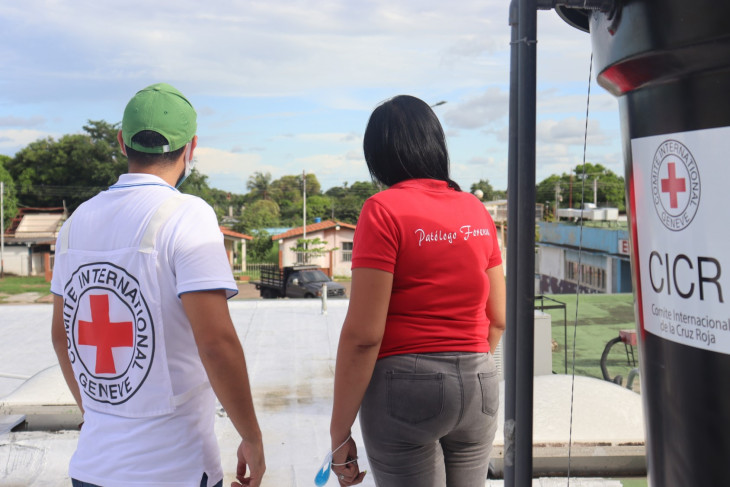 The ICRC in Venezuela supports and works with the authorities and staff of the SENAMECF through a multidisciplinary team of forensic specialists, engineers, lawyers, psychologists and others. The aim is to alleviate the suffering of victims of armed violence, which includes those who are killed by it and their families. We strive to do this by improving forensic infrastructure, repairing and renovating basic infrastructure like water supplies and electricity, regularly donating medical supplies and protective equipment, and providing training to forensic staff in areas like techniques for identifying human remains, caring for families in mass-casualty situations, and properly managing unidentified human remains and creating documentation on them.

From 20 to 23 June 2022, the ICRC and SENAMECF jointly held three days of training on good practices in forensic identification and caring for victims. Around 100 people took part, including forensic specialists, investigators and authorities. They covered topics such as good practices in documenting and protecting unidentified remains, biosecurity, the needs of the families of the dead and of missing people, and ways to support the work of forensic staff and their working conditions.

Our recommendations on managing human remains are based on dignity and respect for the dead and on the cultural and religious needs of each family, in order to ease the pain that families experience from the loss of a loved one

From January to September 2022, the ICRC has worked with the SENAMECF to support not only the morgue of San Fernando de Apuro, but also the forensic centres of Bello Monte, Maracay, La Guaira, Los Teques, Machiques, San Félix, San Cristóbal, Guasdualito and others. We have provided:

• Training for 121 employees of the SENAMECF, the investigative department (CICPC) and the public prosecutor's office as part of the third days of good practices in forensic identification and caring for victims
• Training for 203 forensic specialists, health care professionals and first responders in tracing, identification and dignified management of the dead
• Technical training for 48 forensic experts
• 5,890 body bags
• 279,678 items of medical supplies, protective equipment and other forensic materials.