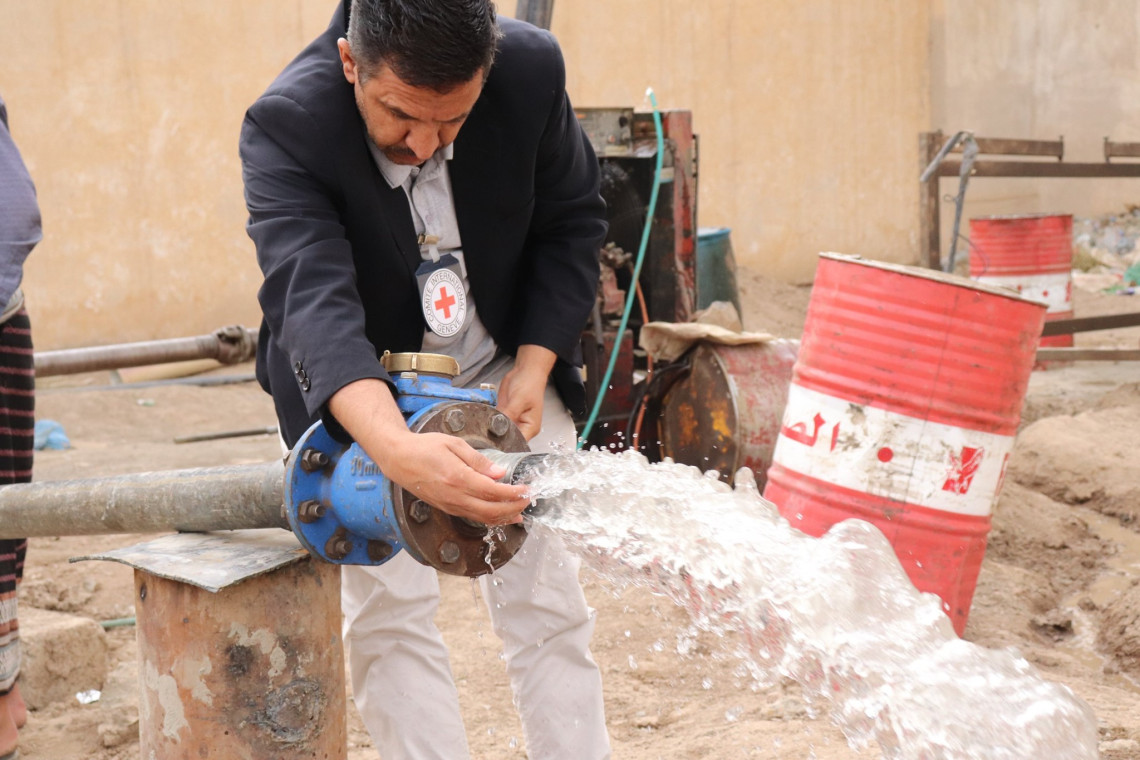 The Water Situation in Yemen

Yemen is a water-scarce country. The protracted conflict and the under-investment in water infrastructure today deprive millions of Yemenis of access to clean and drinkable water.
Article 05 June 2022 Yemen

Several underlying causes are contributing to exacerbating the water crisis in Yemen, including the proliferation of Qat as a cash crop which consumes more than 40% of Yemen’s total renewable water resources and 32% of all groundwater withdrawals. The rate of groundwater overdraft is currently much higher (twice) than the recharge rate, and is increasing, bringing depletion of water reserves, inequity, and shortages.

The ICRC has been addressing the most urgent needs through the repair of boreholes and water stations, distributing water to detention facilities to reduce water-related disease outbreaks, and rehabilitating sewage systems. It also supports the maintenance of water networks and the provision of chlorine tablets, fuel, generators, and maintenance tools to local water and sanitation corporations (LWSC) to ensure continuous provision of safe water.