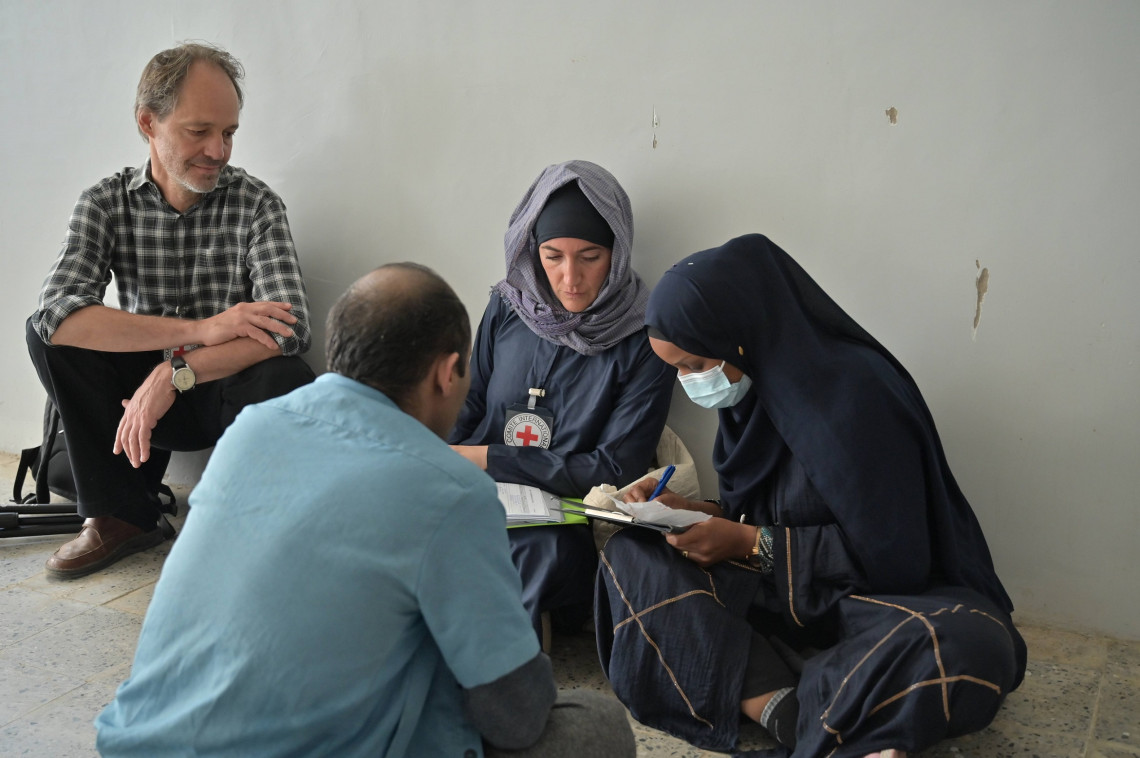 Geneva (ICRC) – More than 3,400 people detained in relation with the conflict in Yemen were visited by the International Committee of the Red Cross (ICRC) in 2022, humanitarian action that allows family members to know the fate of their loved ones.
News release 21 December 2022 Yemen

Earlier this month the ICRC concluded a 10-day visit to the Khamis Mushait detention facility in Saudi Arabia where conflict-related detainees are held under the authority of the Joint Forces in Saudi Arabia. A similar visit was conducted in Sana’a in October.

In situations of non-international armed conflict, the ICRC offers its humanitarian services to ensure that all detainees are held in humane conditions. Such visits allow the ICRC to assess the living conditions of the detainees and facilitate the exchange of family news between them and their relatives.

“We commend the ongoing commitment of all sides to humanitarian considerations and for facilitating the work of the ICRC to assess detainees’ health conditions, to make sure their families receive updates, and to advocate for their safe release,” said Fabrizio Carboni, the regional director for the Near and Middle East for the ICRC.

“Building on the trust in ICRC’s humanitarian mission that was shown by the parties , we reiterate our commitment to continue helping detaining authorities ensure that detainees are held in humane conditions. We await the close of political negotiations toward the release, transfer and repatriation of all conflict-related detainees so they can be reunited with their families after years of separation,” Mr Carboni added.

Under the Stockholm Agreement of December 2018, the ICRC -- in accordance with its modalities and principles and acting as a neutral intermediary -- has supported on several occasions since 2019 the simultaneous or unilateral release and transfer of over 1,500 former detainees by the parties to the conflict.

“The steps the ICRC has taken to address the conditions and needs of those detained in relation to the conflict in Yemen aim to contribute to confidence-building measures between the sides, and we continue to hope that they will support a much-needed political solution to the conflict,” Carboni added.

The ICRC has been present in Yemen for over 60 years, and across countries of the Gulf Cooperation Council, including six years in Saudi Arabia, working to promote respect for international humanitarian law in times of conflict and providing humanitarian assistance to communities in need.