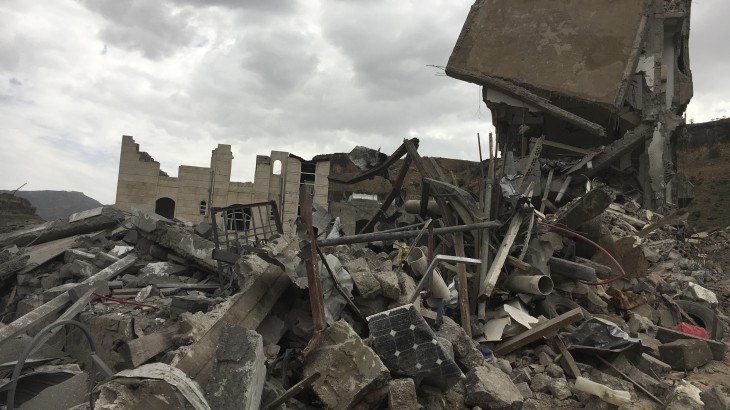 SANA'A (ICRC) – The International Committee of the Red Cross (ICRC) deplores the intensive airstrike campaign on densely populated neighbourhoods of Sana'a since the beginning of this week, claiming the lives of civilians.

At least five civilians were killed, including one child, and dozens were injured in airstrikes that targeted the area near the presidential office in Sana'a on 7 May. The night before, explosions shook Jwar al-Ordi, another densely populated area in Sana'a close to the historical old city. Residents of the area reported heavy damage to property and civilian infrastructure.

"It is heartbreaking to see that civilians in Yemen are constantly paying the highest price in this never-ending conflict," said Robert Mardini, the ICRC's regional director for the Near and Middle East, who is currently on a visit to Yemen. "We at the ICRC will continue to urge all the parties to the conflict to respect the laws of war and take every precaution to spare and protect civilians," he added.

The ICRC was very quick to respond to the influx of casualties at Sana'a hospitals, dispatching two war wounded kits, enough to treat 100 severely wounded persons to Al- Joumhouri and Al-Thawra hospitals, shortly after the Monday blasts.