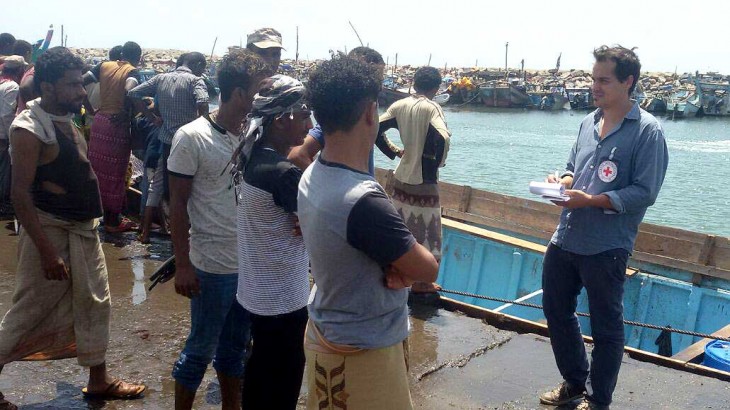 Geneva/Sana'a (ICRC) - The International Committee of the Red Cross (ICRC) is shocked by last night's attack on a civilian ship carrying around 150 passengers, including women and children, near the port of Hodeida.

The attack left 33 dead and 29 wounded, while other passengers are either still missing or in the care of local authorities. ICRC staff arrived at the port this morning to help survivors and give support to local hospitals.

"It was a heartbreaking scene. I saw many men, women and children either killed or horribly wounded," said the ICRC's Eric Christopher Wyss at the scene. "Survivors told us that many of the passengers were refugees from Somalia or Yemen, fleeing conflict."

The circumstances surrounding the attack are still not clear. But according to international humanitarian law, civilians must not be attacked and warring parties must do everything feasible to verify that targets are military objectives. They must also take all possible measures to search for, collect and evacuate the wounded, sick and shipwrecked.

"We strongly condemn this attack and deplore such a tragic loss of life," said the ICRC's director of operations, Dominik Stillhart. "These people were themselves fleeing conflict, in search of safety and a better life. We call on the warring parties to conduct an immediate investigation into what happened."

The wounded were transferred to hospitals in Hodeida. The ICRC recently provided medical supplies and medicine to local health facilities following a recent increase in fighting.