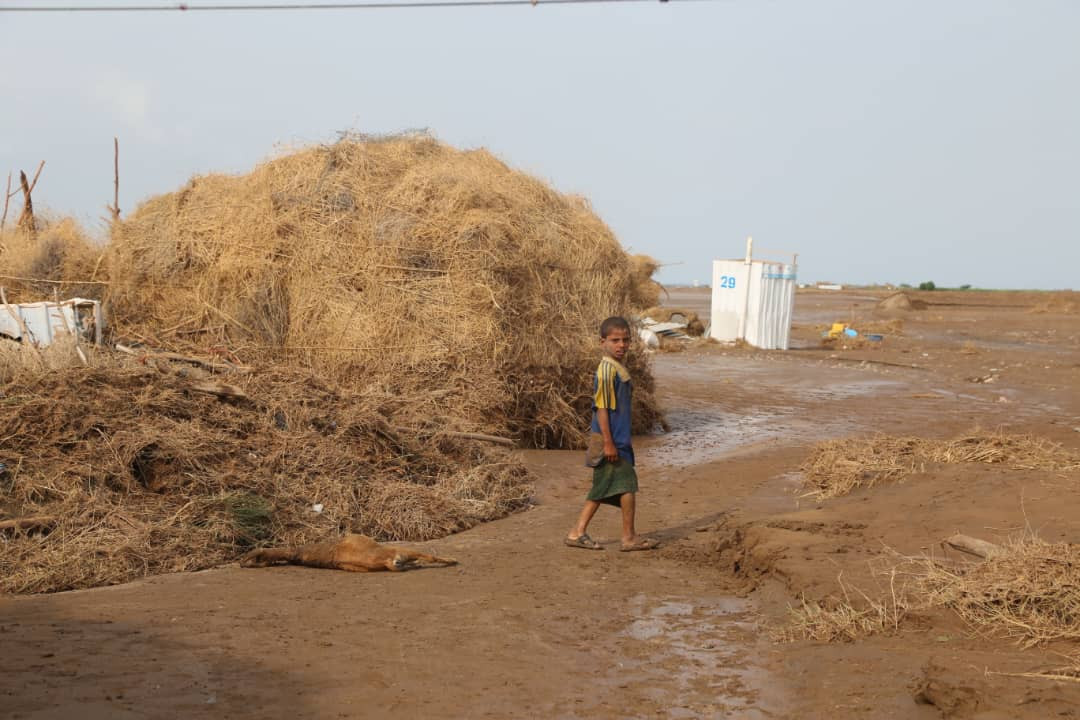 The floods have added another layer of suffering for millions of Yemeni people, who are already severely affected by over seven years of protracted conflict. At least 90 people, including children, have been killed across the country, and an estimated 35,000 households, most of whom are internally displaced, are reported to have been affected by floods across 17 governorates between 28 July and 10 August, according to OCHA.

Yemen is struggling to cope with the conflict's consequences, including displacement, growing food insecurity and the imminent risk of system breakdown as all essential services – water, electricity, sanitation systems and health care system are extremely fragile. Heavy rain and flooding have also increased the spread of seasonal and waterborne diseases like cholera, dengue fever and malaria, which continue to claim lives in a context where only 51% of health facilities still function.

"This year was the first time Hajja has seen such torrential rains, we are not used to such floods. Overnight many people found themselves homeless and their belongings and fields completely ruined," said Abduljaleel, whose neighbors lost their homes because of recent flooding in Hajja city. "If this heavy rain continues, many more people will lose their homes, property and farmland."

The Yemen Red Crescent Society (YRCS), with support from the ICRC and other movement partners, have so far assisted more than 8,239 families in ten of the most affected governorates, providing food and non-food items. YRCS volunteers continue search and rescue operations for those who have gone missing because of the floods, as well as to provide first aid to those injured.

"Despite massive challenges, the YRCS is working around the clock to assist victims of the floods, but the needs are massive. It's important that those who have been affected are able to receive the lifesaving assistance they need," said Abdullah Al Azab, YRCS Disaster Management Coordinator.