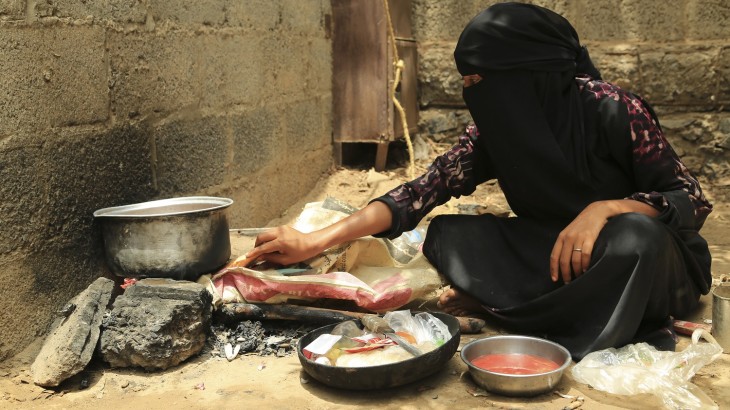 Yemen/Geneva (ICRC) - Robust political efforts are needed to bring an end to warfare that has caused intense suffering for families in Yemen, the International Committee of the Red Cross (ICRC) said Wednesday.

“People in Yemen face two horrifying menaces: war and hunger. Civilians have paid the heaviest price for the conflict. Millions are displaced and millions go to bed hungry every night,” said Fabrizio Carboni, the ICRC’s regional director for the Near and Middle East.

An ICRC team in Hodeida this week spoke of dreadful living conditions for thousands of displaced families who own only the clothes they wear and survive on a little rice or a thin mix of flour and water, if they find any food to eat at all.

The depreciation of the Riyal, reduced imports and difficulty of movement in the country have had alarming repercussions on the country’s already catastrophic humanitarian situation.

Indebted and vulnerable, millions across Yemen survive on one meal per day. “Every day many Yemeni families must choose between food and medicine,” Carboni said.

The cost of living has skyrocketed. Prices for flour, sugar, rice and milk have increased by 30 percent since last month and surpass the modest budgets of most Yemeni families, whose savings have been depleted by long years of conflict.

Clean water and medication are also a luxury in Yemen, where vital infrastructure is crumbling, a fact that has led to an increase in infectious diseases such as cholera and measles.

During the first half of 2018, the ICRC provided food aid to roughly 500,000 Yemenis. The ICRC helped over 2 million people access clean water and better sanitation. Over 14,000 people injured in conflict benefited from the ICRC support to 15 hospitals across the country.