Yemen: The slow death of society could be reversed; progress is possible 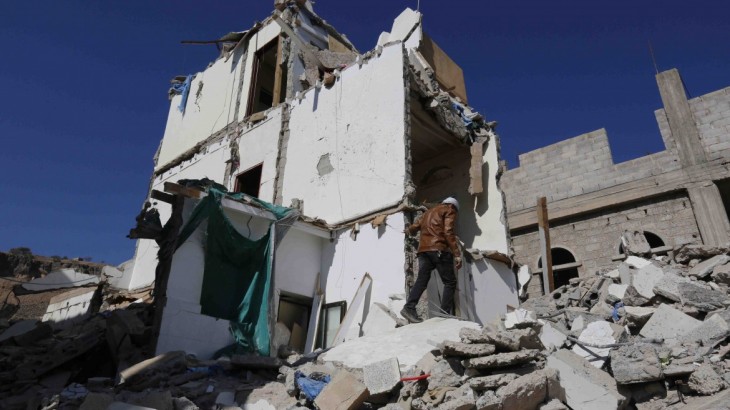 Sana'a/Geneva (ICRC) – This is what the slow death of society looks like.

A list of things that have collapsed in Yemen: The food chain. The health care system. The education system. The sewer and water system.

A list of things expanding in Yemen: Disease. Malnutrition. The deaths of civilians.

Government leaders gather in Geneva today for a pledging conference for Yemen. Three years after the start of the war, life for residents is indescribably miserable due to the way the conflict is being fought. The International Committee of the Red Cross has spent years pleading with warring parties to wage combat in a way that does not so severely impact civilians. That has not happened.

"The desperate needs of families would shrink – and so would disease, malnutrition and civilian deaths – if the mere basics of international humanitarian law were observed," said Robert Mardini, the ICRC's regional director for the Near and Middle East. "Yemeni society is succumbing to a slow death through mass hunger and little medicine. It is impossible to express the gravity of the situation."

Progress can be made. The ICRC has been able to visit conflict-related detainees on both sides after new agreements were put in place. More needs to be done, but this positive step shows that those involved can find ways to fulfil their obligations under international humanitarian law.

The ICRC has also deployed specialized medical surgical teams in two hospitals on opposite sides of the front line, in Aden and Sa'ada, to provide life-saving services to weapon-wounded and trauma patients. Last year, a total of 139,967 persons were treated at the two ICRC-supported facilities.