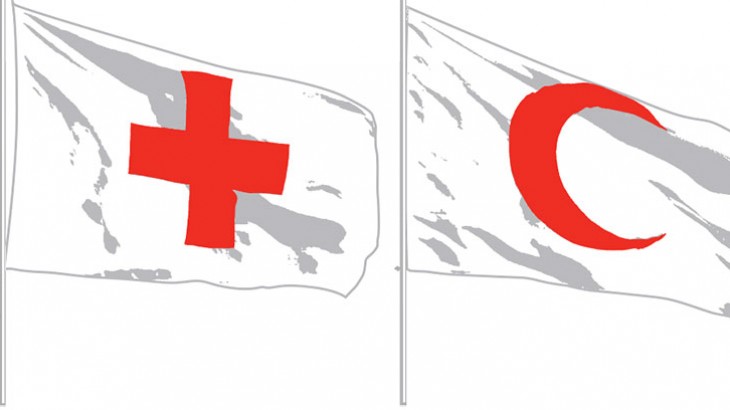 Joint statement, ICRC, IFRC, Sana'a / Damascus / Geneva – Two brothers working for the local branch of the Yemen Red Crescent Society were shot dead today in the southern port city of Aden while evacuating wounded people to a waiting ambulance. Disaster-management coordinator Khaled Ahmed Bahuzaim and relief volunteer Mohammed Ahmed Bahuzaim were both bearing the red crescent emblem, which should have ensured their protection. The death of the two men follows the killing of another Yemen Red Crescent volunteer worker in Al-Dhale' province three days ago.

Also earlier today, two Syrian Arab Red Crescent (SARC) volunteers, Ibrahim Eid from the Idlib branch and Mohamad Ahmad Kamouaa from the Maaret al-Nouman sub-branch, were killedwhile carrying out their duties. They were retrieving dead bodies from near the Idlib branch of the SARC and preparing shelters for people fleeing the fighting in the city.

"In Yemen we are seeing Red Crescent volunteers being deliberately killed as they strive to save others. This is the third senseless death in a single week. This is a very worrying trend and a tragic loss," said Robert Mardini, who heads operations for the International Committee of the Red Cross (ICRC) in the Near and Middle East. "Meanwhile in Syria, as the humanitarian situation deteriorates, Ibrahim and Mohamad's deaths reflect the difficulties and dangers that SARC volunteers and other aid workers are facing there every day."

Casualties of fierce ground fighting in Yemen have been heaviest in Aden, with local hospitals struggling to cope with the influx of wounded. The medical supplies that the ICRC provided to those hospitals previously are now running short, and fierce clashes are making it nearly impossible for aid workers to move around the city.

"Under no circumstances should aid workers come under attack. Yemen Red Crescent volunteers are working tirelessly to meet growing humanitarian needs under extreme circumstances. They must not be targeted for doing this job. We call for an immediate stop to these attacks," said Elias Ghanem, director of the Middle East and North Africa region for the International Federation of Red Cross and Red Crescent Societies. "In Syria, 42 SARC and eight Palestine Red Crescent volunteers have now lost their lives since the beginning of the conflict, all of them killed while carrying out their humanitarian duties. This is outrageous and unacceptable."

The International Red Cross and Red Crescent Movement once again calls upon all parties involved in the conflict in Syria to respect its humanitarian work and guarantee the safety of aid workers and their unimpeded, immediate access to people in need across the country. Without that respect for humanitarian workers, ambulances and health facilities, it will become close to impossible to continue saving lives and providing much-needed assistance to millions of Syrians.

All parties to conflict are obliged under international humanitarian law to respect medical neutrality and to grant medical personnel, equipment and vehicles safe passage. It is strictly prohibited to attack the staff and volunteers of the International Red Cross and Red Crescent Movement, and all aid workers whose sole purpose is to provide humanitarian relief in emergencies.