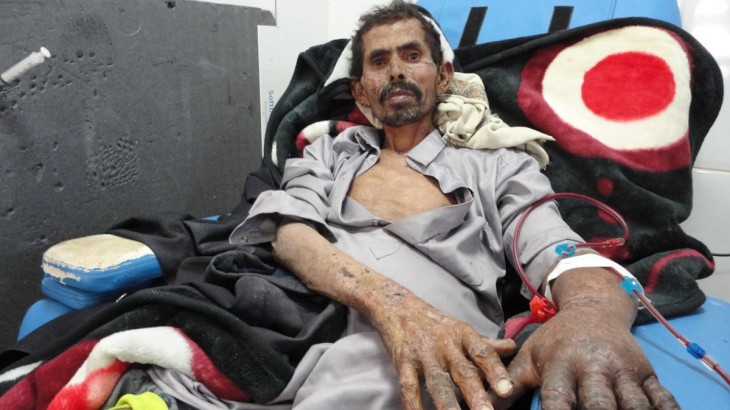 Geneva/Sana'a (ICRC) – The International Committee of the Red Cross (ICRC) is urgently calling for Yemen's air, sea and land borders to be kept open to allow vital humanitarian supplies to enter the country.

"Humanitarian supply lines to Yemen must remain open," said the ICRC's regional director for the Near and Middle East, Robert Mardini. "Food, medicine and other essential supplies are critical for the survival of 27 million Yemenis already weakened by a conflict now in its third year."

There are currently no movements in and out of Yemen, including by sea, air and land. A Red Cross shipment of chlorine tablets, which are used for the prevention of cholera, did not get clearance at Yemen's northern border. Medical supplies, including 50,000 vials of insulin, are expected by next week.

"Insulin cannot wait at a shuttered border since it must be kept refrigerated. Without a quick solution to the closure, the humanitarian consequences will be dire," added Mr Mardini.

Yemen is already living with the catastrophic consequences of an armed conflict that has destroyed much of its vital infrastructure and brought the health system to the brink of collapse. Shelling and airstrikes are further killing and maiming innocent civilians.

"We are extremely concerned at the steadily growing numbers of civilian casualties, and also at the targeting of non-military infrastructure, such as water treatment plants and civilian airports. Such actions are in violation of international humanitarian law," said Mr Mardini.