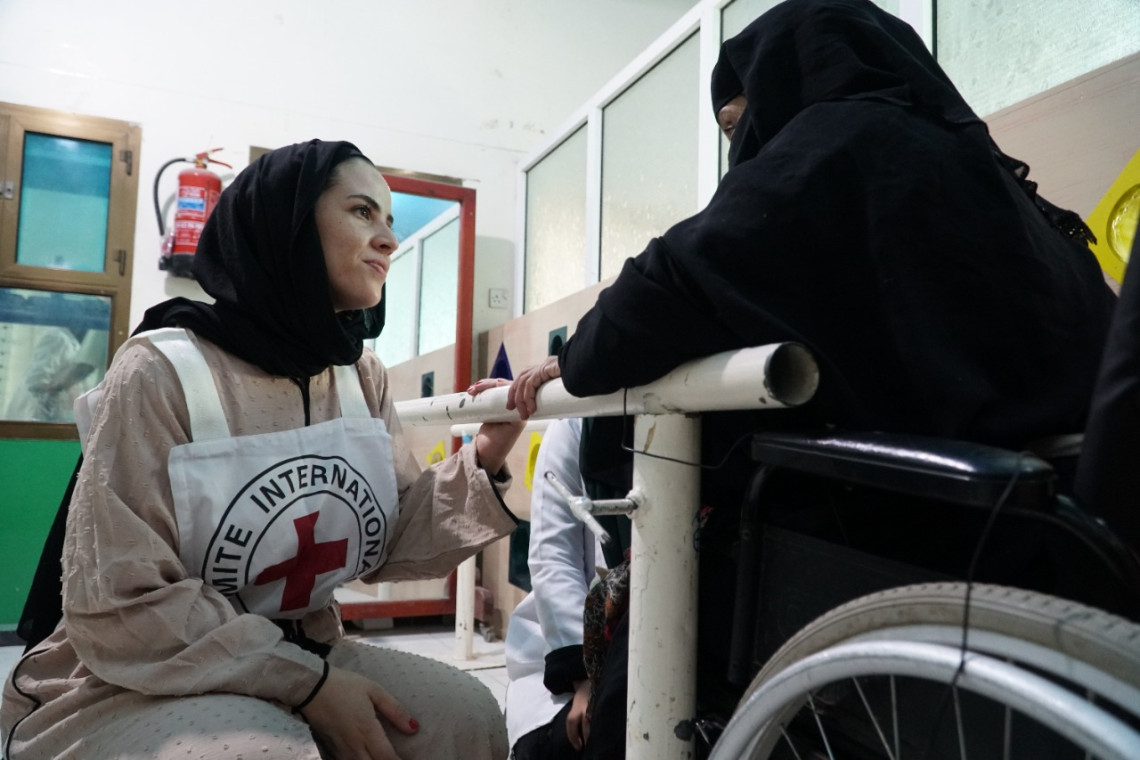 Sana’a (ICRC) – Eight years into the armed conflict in Yemen, violence, economic hardship and deteriorating health services and health infrastructure increasingly keep women and girls from being able to access the essential healthcare they need. As funding shortages force humanitarian organizations to scale down aid, their predicament will only increase.
News release 07 July 2022 Yemen

In Yemen today, less than 50% of births are attended by skilled health professionals, according to UNICEF. One mother and six newborns die reportedly every two hours in Yemen because of complications during pregnancy and for causes that are almost entirely preventable, mainly due to limited or no access to health services.

It’s a miracle that I’m still alive after my last childbirth”, said Najla, who is from Taiz, Yemen’s longest-running battlefield, where violence has exhausted the population. “I had complications during labor, was at home and all nearby health facilities were shut down because of the violent clashes. Luckily a nurse lived nearby, she helped me deliver my baby and saved both our lives.

Among the estimated 4.2 million people displaced in Yemen since the beginning of the conflict, 73% are women and children. Displaced women and girls suffer from additional economic and social vulnerability resulting in limited access to basic services, including to adequate healthcare to treat chronic disease.

“The pain is unbearable!” said Moghniya, a single mother suffering from terminal stage cancer who lives in the internally displaced camp of Swaida in Marib, in central Yemen. “I was assigned to a cancer center in Mukalla, hundreds of kilometers away. I couldn’t afford transportation between treatment sessions and bear the long travel required. Now, I’m just sitting in my tent, waiting for death to release me from my agony.”

More than 20.1 million people out of a total population of 30.5 million currently lack access to basic health care. Only 51% of health facilities still function across the country. Violence further complicates the ability of patients to reach lifesaving healthcare.

“Women who lost husbands over years of conflict became hesitant to travel to seek health support, especially if they live in rural areas, as they fear getting attacked or harassed on their way,” said Nabiha Ahmad, supervisor of the main public dialysis center in Aden, which is supported by the International Committee of the Red Cross. “During the past years, many of our female patients suffering from kidney failure, particularly those living in remote areas, died in their homes because they couldn’t reach the center in time for their live saving periodic treatment.’’

Saida, a 45-year-old teacher from Aden who suffers from kidney failure, echoes this sentiment. She needs a minimum of two weekly sessions of dialysis.  “On many occasions during the peak of violence, I had the choice of either staying home and die from illness or risk getting caught in crossfire while trying to reach the nearest dialysis center,’’ she said. ‘’Even during calm periods, it remains complicated, particularly for us women.”