By entering this website, you consent to the use of technologies, such as cookies and analytics, to customise content, advertising and provide social media features. This will be used to analyse traffic to the website, allowing us to understand visitor preferences and improving our services. Learn more
From norms to action 6 May 2019 18:30 - 20:00

Displacement in times of armed conflict: How international humanitarian law protects in war, and why it matters

This event launched the research study "Displacement in times of armed conflict: How international humanitarian law protects in war, and why it matters". This study analyses the intersection between IHL and displacement, and provides insights for determining whether violations of, or respect for IHL have a fostering or mitigating impact on displacement.

Editor-in-chief of the International Revue of the Red Cross, Head of Law and Policy Forum, ICRC

Head of the Humanitarian and Migration Section, EU Delegation to the UN and other International Organisations in Geneva

This event launched the findings of this study which examines the intersection between IHL and displacement, and provides insights for determining whether violations of, or respect for IHL have a fostering or mitigating impact on displacement. During the launch ICRC Law and Policy Researcher, Dr Cédric Cotter presented the key findings from the research before joining a panel from the ICRC, Internal Displacement Monitoring Centre, and the EU’s delegation to the UN in Geneva and other international organizations to further discuss in greater detail implications and lessons from the report.

Read the report in full below:

This specific piece of research, correlating some of the issues relating to respect for IHL and displacement, is another part of the way that we can advocate for humanity during times of armed conflict. 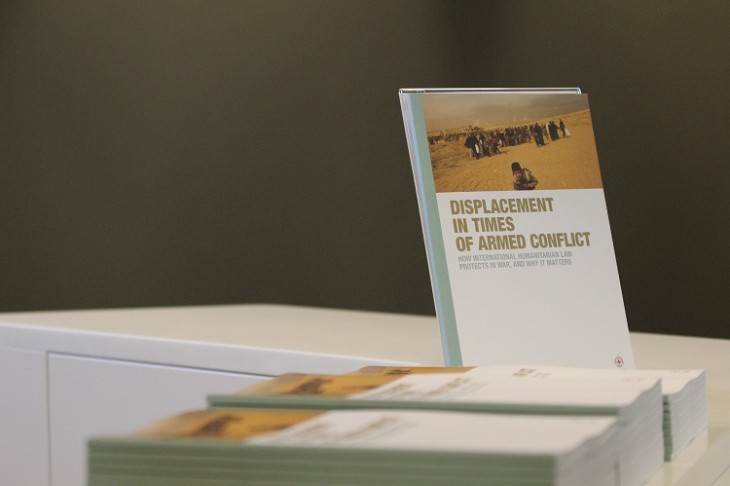 The biggest takeaway is that IHL matters... with this research we have one more confirmation that respecting IHL makes a huge difference for people affected by armed conflict

This study is the first of the IHL Impact research series. Carried out under the umbrella of the Changing the narrative on international humanitarian law initiative, the research collects evidence that showcases the real impact of IHL during armed conflicts and examines the effects that arise from both compliance with, and violations of, IHL.

The event forms part of the Global Research and Debate Cycle on Migration and Displacement.