How to reduce the human cost of war when engaging with allies, partners, proxies 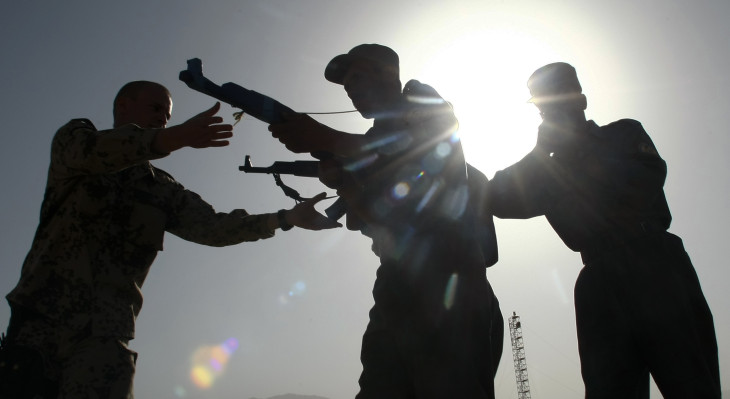 Today wars are getting more and more complex. Among other trends, belligerents on the ground receive support from an ever-growing number of actors organized in overlapping webs of alliances, partnerships and proxies. This has consequences on conflict dynamics and presents clear risks to civilians.

The greater the number of actors involved in a conflict, the more difficult it can be to achieve a political solution. And when armed actors fight alongside each other in loose coalitions with unclear coordination, this can lead to a diffusion of responsibility that heightens the vulnerability of civilians. Yet support relationships between armed actors also offer opportunities to strengthen the protection of civilians: actors can leverage their influence over each other to promote respect for international humanitarian law.

Every time a partnership is signed and an alliance is formed in a war zone, a bond is created that has the potential to worsen – or lessen – human suffering.

To address the challenges that arise in such situations, the ICRC has launched a global "Support Relationships in Armed Conflicts initiative" to work with a wide range of interested actors and identify measures that can improve the protection of civilians, wounded and detainees.

The ICRC aims to get decision-makers to think about the risks inherent in providing support to a party to an armed conflict and, perhaps more fundamentally, about the opportunities that well-directed influence can create to reduce the human cost of war.

In April 2021, the ICRC launched the publication – Allies, Partners and Proxies: Managing Relationships in Armed Conflict to Reduce the Human Cost of War – which serves as the basis for the ICRC to build a constructive dialogue with governments, armed forces, as well as multinational and non-State actors in order to find practical ways forward.

Ten areas of practical measures for better managing support relationships have been identified: 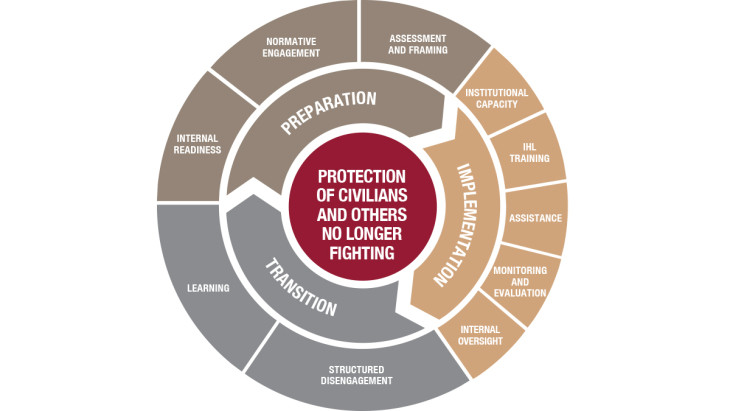 Preparation to engage in a support relationship

1. Internal readiness to engage – Improving an actor's own internal functions before engaging in a support relationship.

2. Normative engagement – Engaging with actual or prospective partners to clarify and encourage behaviour that complies with armed-conflict-related norms (legal or otherwise).

3. Assessment and framing the relationship – Ensuring the potential partners' intent, capacity and leadership are aligned.

Implementation of the support relationship

4. Institutional capacity building – Preparing a supported party's authorities to protect and assist people during an armed conflict and help them to deal with its associated consequences.

6. Assistance in IHL compliance – Helping a supported party to fulfil its IHL obligations or otherwise improve its protection of civilians and others not fighting.

7. Monitoring and evaluation – Monitoring a partner's actions and, where necessary, calling that partner to account for any problematic conduct.

8. Internal oversight – Ensuring that an actor's own armed forces and other governmental organs operate within the law and are accountable to their government and constituents.

Transition away from the support relationship

9. Structured disengagement – Properly planning the end of the support, such as by tapering it, in order to minimize the disruption to the protection of civilians and others not fighting.

10. Learning – Identifying and incorporating lessons learned from the support relationship, i.e. the knowledge and insight gained from the experience.

Find more about the ICRC's "Support Relationships in Armed Conflicts" initiative on our website where you can also download the publication Allies, Partners & Proxies: Managing Support Relationships in Armed Conflicts to Reduce the Human Cost of War in various formats and translated in Arabic, Chinese, French, German, Italian, Farsi, Russian and Turkish.

IHL and the Challenge of Contemporary Armed Conflicts Report 2019