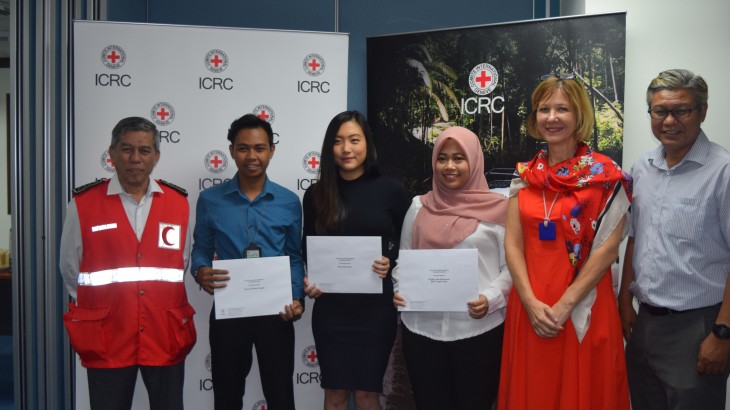 Organized by the International Committee of the Red Cross (ICRC) and the National Press Club (NPC), together with the Malaysian Red Crescent Society (MRC), the competition aspires to encourage greater awareness and discussion amongst the youth on current humanitarian challenges.

Entries were sought from people aged between 16 and 30 and they were required to use the journalistic-style of humanitarian writing. The articles came in thick and fast and selecting the winners was no easy task for the panel of judges comprising people from the media and humanitarian sectors. 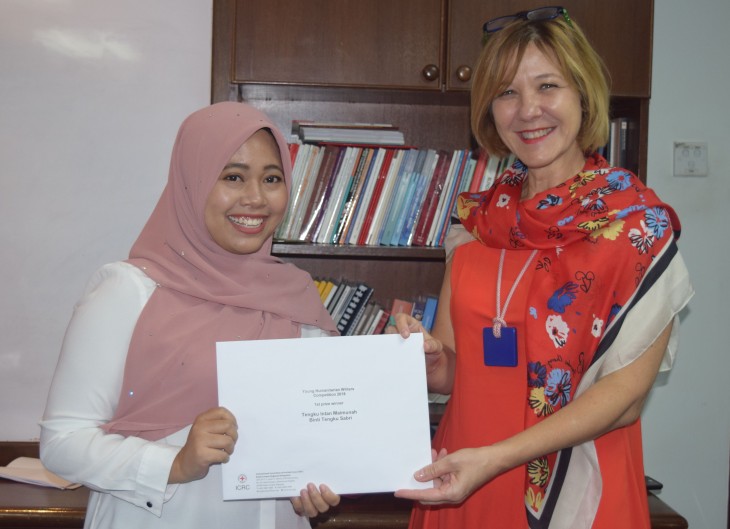 The first prize went to Tengku Intan Maimunah from Selangor, who wrote about how video games could play a role in stimulating discussions around humanitarian issues. Explaining the idea behind her article, she said that the video game she had chosen as the subject was unique as it made the players think really hard about war, humanity and life. "From writing the article, I've learned that video games can act as a powerful tool for social commentary and to foster a positive social change," said the proud winner.

The entry that won the second prize belonged to Khoo Sher Rynn from Penang. Her article eloquently articulated the challenges in implementing international humanitarian law. Khoo was inspired to write on the topic after she volunteered to teach at a school in the region. "Growing up in Malaysia, I could not comprehend what an armed conflict really is. I was teaching English to a group of students around my age. Throughout the two-month course, I had the privilege to learn from them... they taught me so much about life," shares Khoo, who sees this article as the start of her journey to help others.

The third prize winner was Amirul Bin Mohd Sajadi from Kuala Lumpur who wrote about the noble spirit and resilience of humanitarian workers in the aftermath of Sulawesi earthquake. The fourth prize went to Nasseira Binti Mohd Nasir from Selangor for her article on the work of volunteers who have brought hope to those in armed conflict.

This is the fourth Young Humanitarian Writers Competition. The annual event is organized to commemorate the World Red Cross and Red Crescent Day that falls on 8 May.