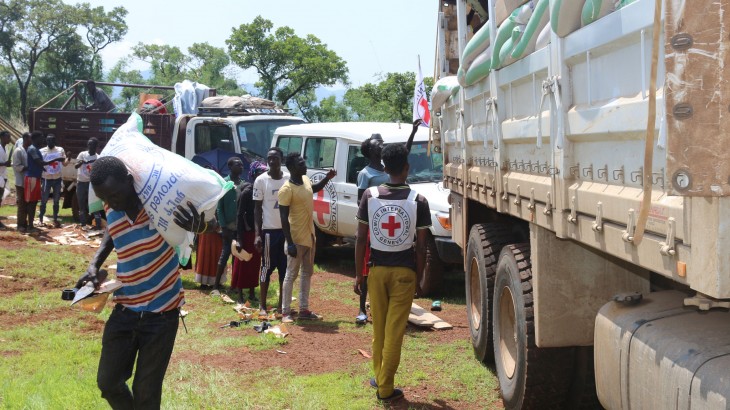 "We are very happy with the seeds and tools we received from the Red Cross as it will help us to cultivate our farms and secure food which we are in dire need," says Herpe Mekonnen, a single mom raising five kids by herself.

Herpe is among the 42,000 people who were affected by the ethnic conflict that occurred between Gumuz and Oromo ethnic groups in Benishangul region in western Ethiopia. The affected communities, including returnees in 13 localities of Yaso and Haro limmu districts, received seeds and farming tools distributed jointly by the ICRC and Ethiopian Red Cross Society (ERCS) between 13 to 23 June 2019.

According to Hussein Ibrahim Rasool working for the ICRC, 50 kg of teff seed and two farming tools were distributed to over 14,400 returnees in Haro limmu district of East Wellega Zone in Oromia Region. Whereas 50 kg of haricot bean and two farming tools were provided to more than 28,000 returnees and residents in Yaso district in Kamashi Zone of Benishangul Gumuz Region. 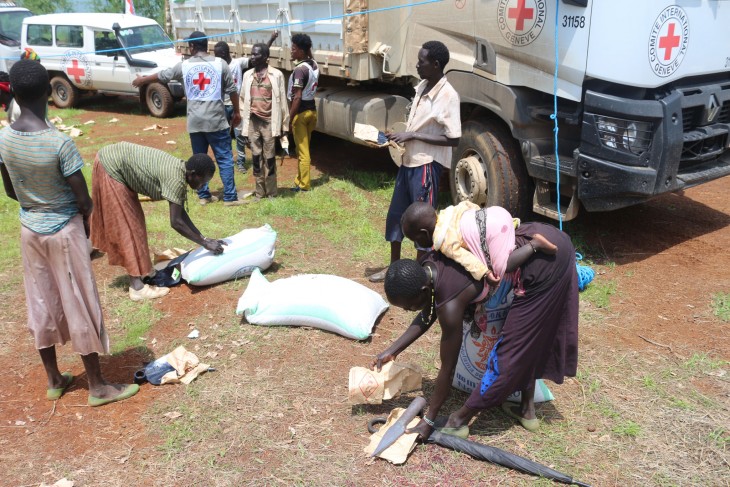 "The Red Cross is the first humanitarian organization to respond to the needs of the people displaced by ethnic conflict," remarked Aga Abera, food security and disaster prevention professional with Yaso District Administration. "The support will have a significant contribution in mitigating food problem of the returned people," he added.

The distribution is aimed at providing the returnees and the residents who were affected by the conflict with vital means of production thereby help restore their livelihoods, says Hussein.

Shanko Bersisa, 45, is a resident of Dango Kebele in Yaso district. He has seven mouths to feed. "I am happy with the support. With good rain I can harvest 20 quintals of haricot bean per hectare which will be enough to feed my family," he remarked. 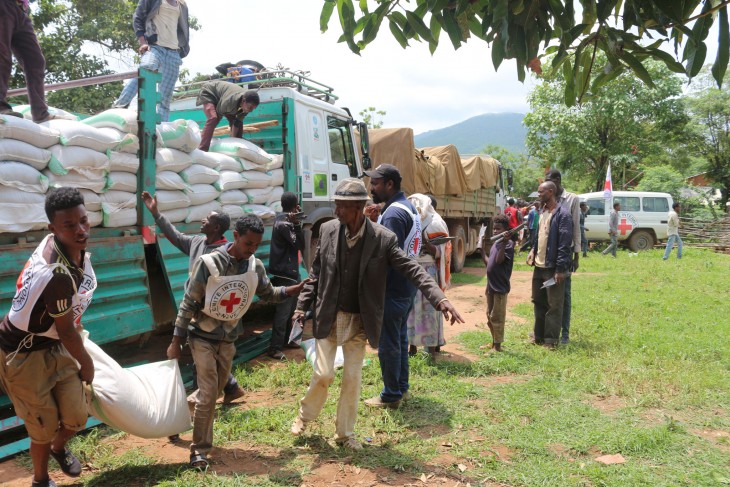 The ethnic conflict between Gumuz and Oromos which occurred in September 2018 had reportedly claimed the lives of many and left tens of thousands of people displaced.

The ICRC, in partnership with the ERCS, provides assistance mainly to people affected by conflict; also, it engages in dialogue with relevant authorities to sensitize them as to the needs of displaced people and about efforts to protect health centers and allow circulation of ambulances transporting the sick and wounded.