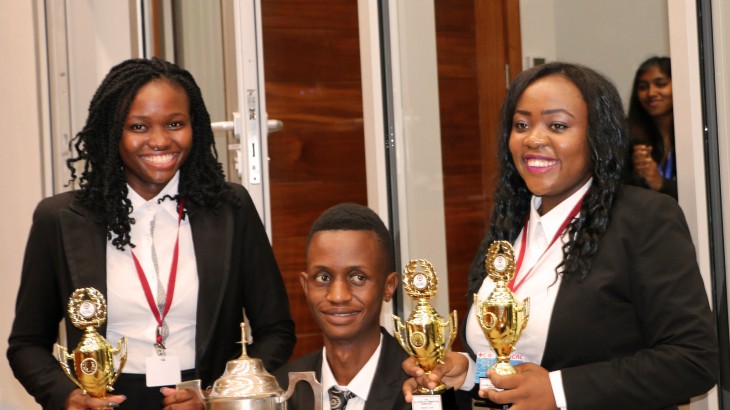 Students from the University of Zimbabwe hold up their trophies after emerging victorious in the 17th edition of the All Africa International Humanitarian Law Competition. CC BY-NC-ND / ICRC

Thirty university students from nine English-speaking African countries came together to participate in the 17th edition of the All Africa International Humanitarian Law Competition in Arusha, Tanzania from 18 to 25 November, 2017. The countries represented were Tanzania, Ethiopia, Kenya, Uganda, South Sudan, South Africa, Zimbabwe, Nigeria and Rwanda. A 10th team from Malaysia also participated, creating a rich blend of cultures and perspectives throughout the competition.

The week was centered on a "Lord of the Rings" themed case study. Students used their legal knowledge to solve contemporary humanitarian challenges and answer conduct of hostilities questions arising in the course of the conflict in Middle Earth. In addition, the students were given a series of lectures on various aspects of international humanitarian law and related branches of public international law.

Lea Mehari, a law student from Ethiopia, explained that the role plays gave her more ''perspective on the practical aspects of the law'', a sentiment shared by Gulam Hussein from Uganda who added that the students became ''more free'' outside the classroom setting by learning ''how to apply the law''. Issues such as detention in non-international armed conflicts, occupation and other forms of foreign administration, territorial scope of the application of IHL and principled humanitarian action were included within the given scenarios. 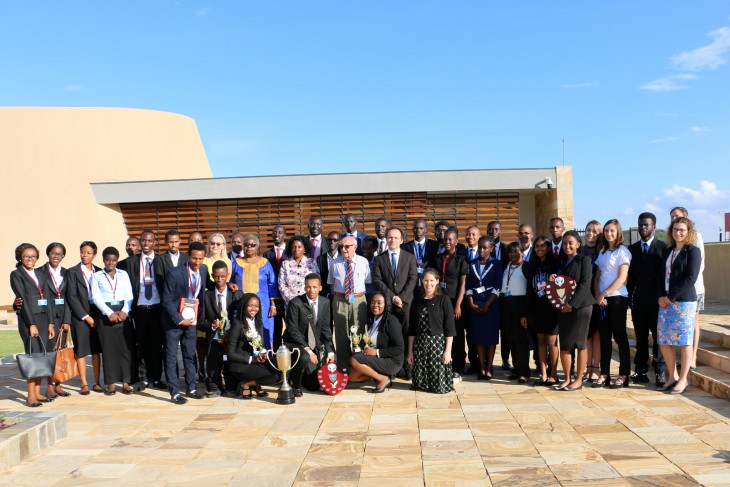 Participants at the All Africa International Humanitarian Law Competition pose for a picture after students from the University of Zimbabwe were declared the winners. CC BY-NC-ND / ICRC

The final round of the competition took place at the MICT and was presided over by Judge Theodor Meron, President of the institution. The other judges came from the High Court of Tanzania, the African Court on Human and Peoples' Rights, and the U.N Dispute Appeals Tribunal. While discussing the collaboration of these institutions with ICRC, Judge Meron explained that the aim is to educate, train and encourage the next generation to reflect on international humanitarian law and its critical role in trying to make the world ''one with fewer atrocities''.

The University of Zimbabwe emerged as the winner after seven rounds of competition. During the awards ceremony, Olivier Dubois, the head of the ICRC's Regional Delegation in Nairobi reiterated the importance of the competition in creating future lawyers and policy makers who believe in achieving better compliance with international humanitarian law.