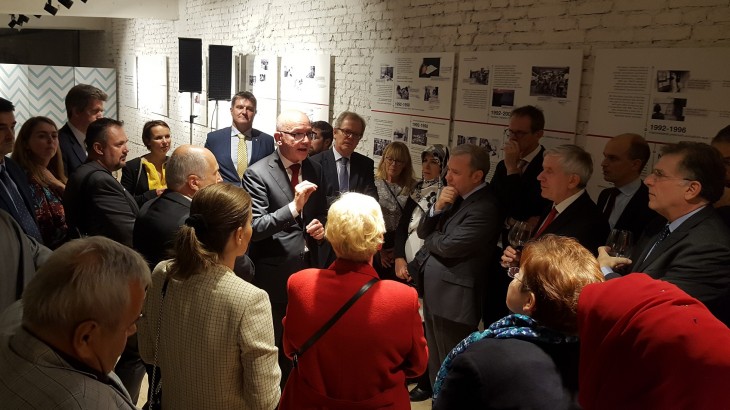 ICRC Director-General Yves Daccord addressed ambassadors and other representatives of the international community at the gallery named after Frédéric Maurice, the ICRC delegate killed in Sarajevo in 1992. CC BY-NC-ND / ICRC / E. Camić

Families of missing persons have the right to know what happened to their relatives, and authorities have a duty to provide them with answers. This was the main message of the director-general of the International Committee of the Red Cross (ICRC), Yves Daccord, after his two-day visit to Bosnia-Herzegovina. "The authorities must significantly step up current efforts and fulfil their commitments as stipulated by international and domestic law," he stated at the press conference in Sarajevo concluding his visit.

Yves Daccord announced that the ICRC was developing a five-year plan as a as a final push in its more than two-decade-long efforts surrounding missing persons in the former Yugoslavia, calling on other representatives of the international community to support the plan. However, he also stressed that it could not be implemented without the true commitment of the authorities. In his meetings with the Presidency and the Minister of Foreign Affairs, the ICRC director-general highlighted that genuine political determination was required to restart and accelerate the stalled tracing process for 6,700 people still missing in connection with the war. "All parties involved should refrain from politicizing the issue and take more account of its humanitarian dimension. The pain and the heavy burden endured by the families have no political, national or ethnic borders," he said. 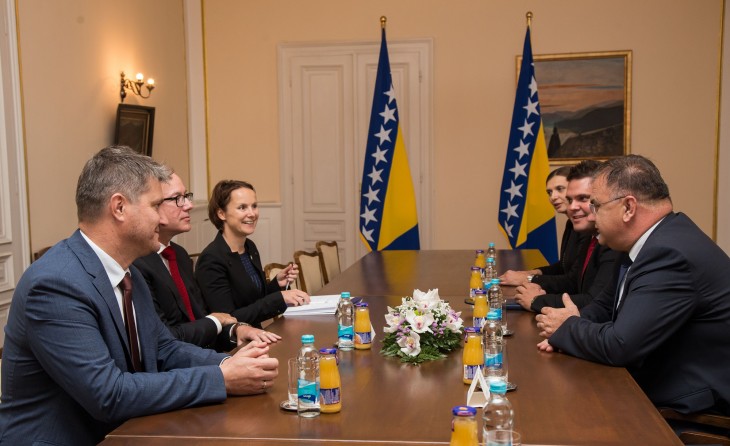 The ICRC's director-general, operations coordinator for Europe and Central Asia, and head of delegation in Sarajevo at the Presidency of Bosnia-Herzegovina. CC BY-NC-ND / ICRC

Among other activities, the ICRC plans to intensify its research in international archives with the aim of collecting new information about potential gravesites. "Information obtained by ICRC experts from the archives of the International Criminal Tribunal for the former Yugoslavia in The Hague have recently helped locate the remains of around 100 people in Bosnia-Herzegovina. Cooperation with the Tribunal will continue to this end," said Mr Daccord.

Relatives of missing persons also briefed the ICRC director-general on their situation. "Families have specific needs when a loved person goes missing. Unfortunately, those needs are often neglected by society. The ICRC puts them at the centre of its work through our psychosocial and technical support programmes that directly benefit thousands of families every year," explained Mr Daccord. Nevertheless, the authorities and the community have to provide more sustainable help for these families. This includes full implementation and harmonization of the Law on the Missing, so that families can exercise their rights without discrimination. 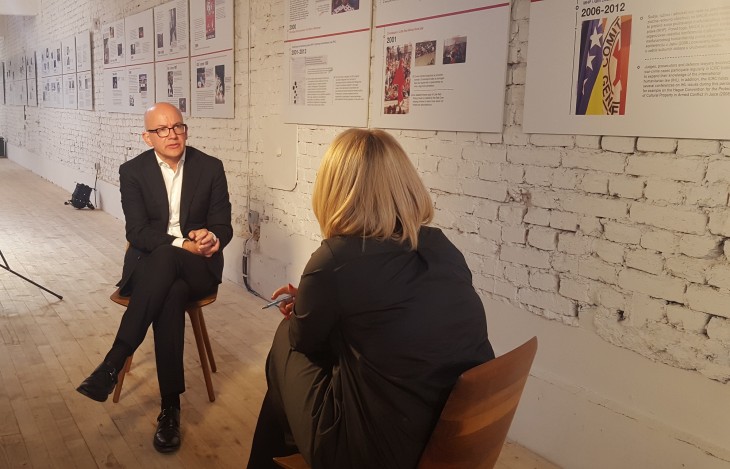 During his visit to Sarajevo, the ICRC director-general also visited the Red Cross Society of Bosnia-Herzegovina (RCS BiH) in its recently rebuilt building, which had been destroyed during the war. He recalled that the ICRC had carried out most of its operations during the war in close collaboration with the local Red Cross. Today, the RCS BiH remains the ICRC's main partner on the ground and also plays a key role vis-à-vis the authorities in the immediate response to humanitarian crises, as demonstrated during the catastrophic floods of 2014.