Brazil: Water and sanitation provide benefits to communities in Roraima

On the eve of World Water Day, observed on March 22nd, the International Committee of the Red Cross (ICRC) takes stock of its relief efforts in northern Brazil, where communities suffer from a shortage of drinking water 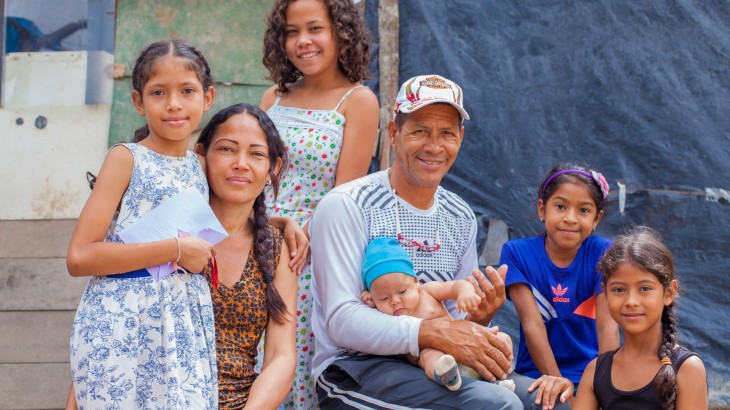 Brasilia (ICRC) – One of the ICRC's top priorities in Brazil has been working on improving the water supply and sanitary conditions in several communities in Roraima. The programs that have been implemented benefit both the migrant population and local residents in the municipality of Pacaraima, located on the border between Brazil and Venezuela.

Despite the fact that the Amazon holds 20% of the world's fresh water, Pacaraima is faced with supply shortages that are exacerbated during the dry season. The ICRC is working on partnership projects to improve conditions for communities impacted by the influx of migrants. These communities occasionally struggle with droughts or have difficulty accessing water, which is essential to life. 13 water facilities have already been built in community spaces - such as artesian wells, toilets and showers - that are benefiting over 8,000 people per day.

"Water is a basic necessity, which is the reason we work alongside institutions, communities and municipal governments to enhance local capacities and help to ensure access to water," stated Fernando Fornaris, head of the ICRC office in Boa Vista.

"Café Fraterno", which has been providing meals to migrants since 2017, has received artesian wells. "In addition to health and hygiene issues, hunger is one of the many basic needs that we have to find a way to alleviate,", asserts Father Jesus, who is heading the initiative. "The ICRC helped us to construct two artesian wells because the water supply is a problem here in Pacaraima," he added.

At schools in Pacaraima, over 2,400 students and education staff have benefited from the construction of artesian wells. Construction projects were also realized at the Baptist Church. "The ICRC staff recognized our dire need, particularly in terms of sanitation," Pastor Gideão Ferreira stated, who praised the construction of an artesian well and community bathrooms on the church's property. The facility provides shelter and education for around 160 migrant families and children.

Learn more about the key water and sanitation projects the ICRC is conducting in Pacaraima, Roraima:

• Archdiocese of Pacaraima: More than 1,000 people benefited.
The Catholic Church has been providing breakfast for migrant people through their "Café Fraterno" initiative since 2017.
- Construction of two wells, toilets and sinks on the premises.

• Indigenous Community of Paru Tarau: 600 people benefited
Construction of community bathrooms
- Renovation of health clinics
- Installation of solar powered water pump. Up to that time, there was not steady access to water, as it depended on the energy supply and the water flow from the well.

• Schools in Pacaraima: Over 2,400 students and educational staff benefited.
- Support for the construction of four artesian wells in schools throughout the municipality
Construction was completed in partnership with the Municipality of Pacaraima, the State Bureau of Education and Sports of Roraima and the Brazilian Army's Sixth Civil Engineering Battalion (6th BEC).

• Baptist Church: The religious community shelters more than 60 families on the church grounds. There are also 160 children attending a school at the site.
- Construction of full bathrooms - including showers - and the drilling of an artesian well. Migrants who were residing on-site were hired as construction workers by the company that managed the projects.

• View selected photos about the water and sanitation program in Roraima.

• Watch the video about ICRC´s work at Pacaraima´s Baptist Church.

• Read more about the ICRC's work in Roraima.

• Find out about the ICRC's global work on Water and Habitat.