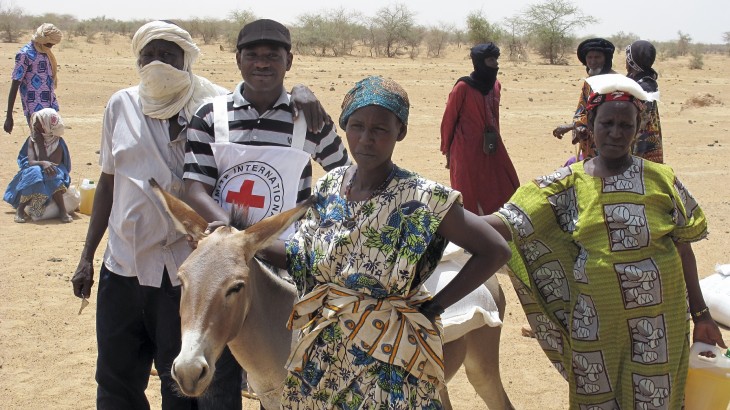 Dakar (ICRC) – This year Burkina Faso hits record levels of people forced from their homes by violence while exactly ten years ago member States of the African Union became the first in the world to adopt a legally binding framework to assist and protect internally displaced persons.

The surge in population displacement in the western Sahel nation reminds us of why such a framework is needed.

Burkina Faso this year has registered a 507 per cent increase of internally displaced people. As of mid-October, almost half a million people have been displaced in the country, according to UN data, a steep increase from about 80,000 at the beginning of the year.

"Displaced people are among the most vulnerable. Families often live in host communities, where resources may be scarce. They may be invisible in these environments and difficult for humanitarian organisations to access," said Patrick Youssef, the ICRC's deputy regional director for Africa.

The International Committee of the Red Cross (ICRC) calls on States take more concrete measures to improve the fate of displaced people in Africa by ratifying and implementing the Kampala Convention.

"Africa has set the standard by having the first legal framework in the world to assist and protect people uprooted from their homes by conflict, violence, or natural disaster. It is important that countries ratify the Convention and take practical steps to advance the wellbeing of displaced people," said Youssef.

Sub-Saharan Africa has recorded around 7.4 million new displacements associated with conflict and violence and 2.6 million from natural disasters, in 2018 according to figures from the Internal Displacement Monitoring Centre.

The Kampala Convention was adopted on 23 October 2009 and came into force in 2012. It remains an important step in reaffirming the obligations of States to prevent people from fleeing their homes in the first place and to protect and assist those already displaced.

Twenty-eight out of the 55 African Union Member States have ratified the treaty; 40 have signed it.

Many States have adopted domestic legislation and policies to implement its provisions or are currently undergoing this process. Several States have created government bodies to coordinate emergency relief and taken concrete initiatives that have improved the lives of the internally displaced in their communities. "Yet, despite the progress achieved, more needs to be done to translate the aspirations of the Kampala Convention into reality," concluded Youssef.