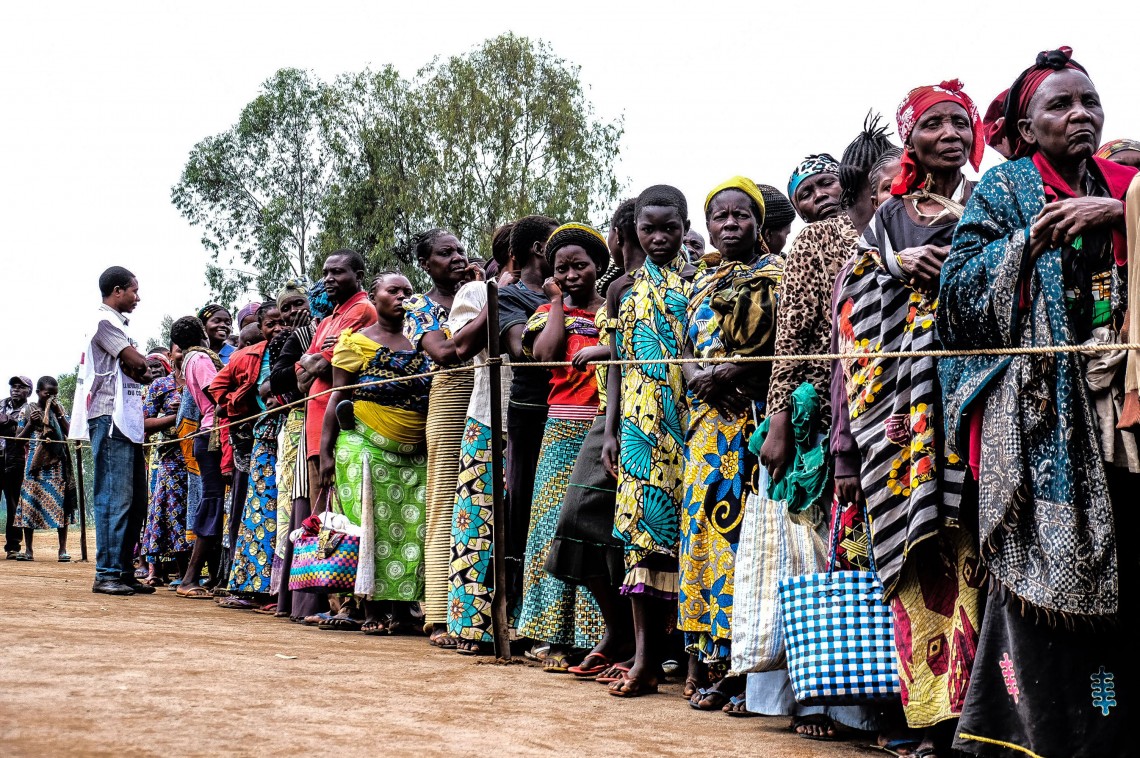 Democratic Republic of the Congo: Fleeing and surviving in North Kivu

Sangatia, 32, arrived in Kanyabayonga in North Kivu province in April 2018 with her husband and six children, seeking refuge after her village had been attacked by armed men. They were taken in by a family in the small town situated some 200 kilometres from Goma, the province's capital. The two families, a total of 14 people, share three cramped rooms.

"We are happy to be living here, but the house is too small for us all," explains Sangatia, pointing out a piece of tarpaulin that serves as a mattress for her and her husband. Their house was burned down during the fighting in their village, and they have nothing left. They spent three days on the road to get to Kanyabayonga.

"We didn't have time to bring anything with us," laments the young woman. The children all sleep on small mats on the floor. Sangatia says that she would like to go back home with her family, but the fighting between the armed groups shows no signs of letting up.

Displaced families in Kanyabayonga, which is on the doorstep of the Virunga national park, come into a rural economy struggling to meet the needs of all the people living in the area. Sangatia is now working as a farm labourer in the nearby fields, earning just under one US dollar a day. This allows her to contribute to the daily meal prepared in their host household.

Insecurity is a major obstacle to farming. The most fertile land is now occupied by armed groups, and the few areas of land still accessible to farmers have been affected by drought and soil depletion, making it impossible for them to produce enough to meet demand.

Just a few years back, it was possible to savour the best pineapples and succulent sweet potatoes here at ridiculously low prices .Today, the few products that do make it onto the market have doubled in price.

At the end of 2018, the International Committee of the Red Cross distributed food supplies in Kanyabayonga to over 3,700 displaced families and 3,100 resident families, with each household receiving oil, beans, salt and corn flour.

Espérance, another displaced, explains how she copes with the situation: